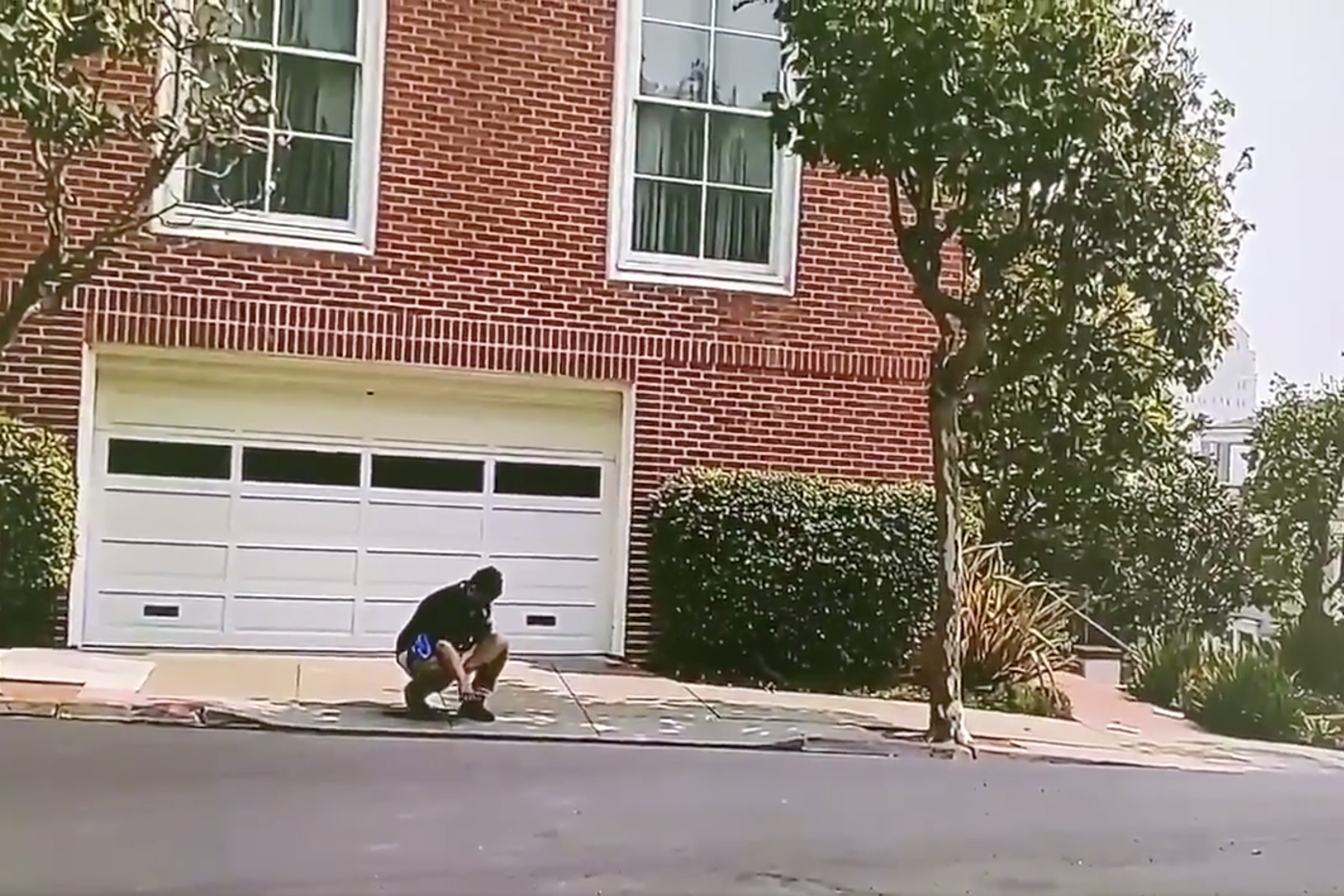 No Justice! No Pee?

A YouTube star appeared to relieve himself on the driveway of Rep. Nancy Pelosi’s San Francisco residence during a livestream on Saturday, calling the act a “peaceful protest.”

In it, a man who identifies himself as “Armando” walks through the streets of San Francisco in search of the Speaker’s house. Once there, he sets up a camera across the street and stands on what appears to be Pelosi’s driveway for several minutes, eventually saluting his viewers before squatting down to poop on the pavement.

In a subsequent livestream, titled “I’m gonna need a lawyer,” Armando claims that soon after the act he was detained by officers with the Bay Area Rapid Transit Police, at the behest of the Capitol Police department, the agency charged with protecting members of Congress.

“It was scary, man,” he says, adding: “They asked me about Kamala Harris, and about how I joked on the stream that if she lived in San Francisco I’d s–t on her house too.

Armando did not immediately return a request for comment.

An account on Twitter claiming to be Armando later apologized for the incident, saying, “@SpeakerPelosi I know you may not ever see this but I want you to know, I meant no foul harm yesterday when I did what I did. I’m not proud of it at all and I just would like for you to know that. I have no ill will against you or anyone in an elected officials position.”

It remains unclear what motivated the incident.

Away on Netflix cast: Who plays Ram Arya in Away? Meet actor Ray Panthaki