THE PREMIER LEAGUE makes its big return this weekend.

But Manchester United will be playing no part of the opening weekend, with the fixture at Burnley postponed.

Why has Burnley vs Manchester United been postponed?

Burnley vs Manchester United was set for the opening weekend of the Premier League season.

However, the fixture has now been postponed because of United’s excursions in Europe last season.

United, alongside Man City have been given a 30-day break between the two seasons.

Ole Gunnar Solskjaer’s side reached the semi-final of the Europa League on August 15 losing to Sevilla, and will now play their first Premier League game of the season against Crystal Palace on September 19. 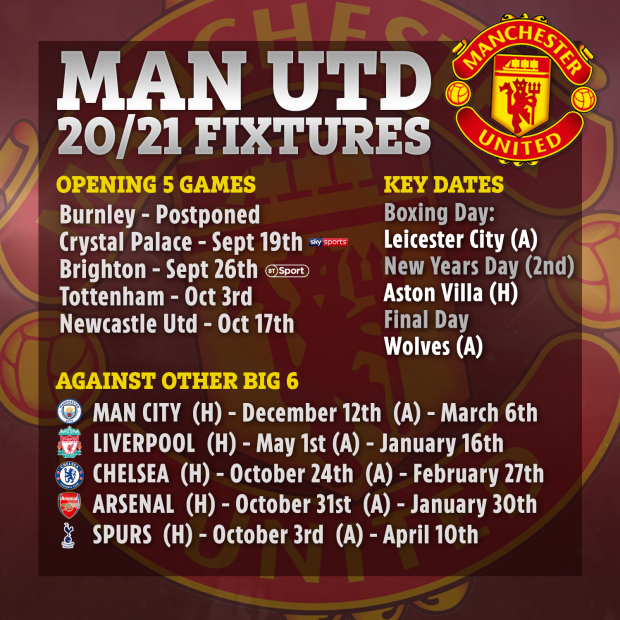 What Premier League games are on this weekend? 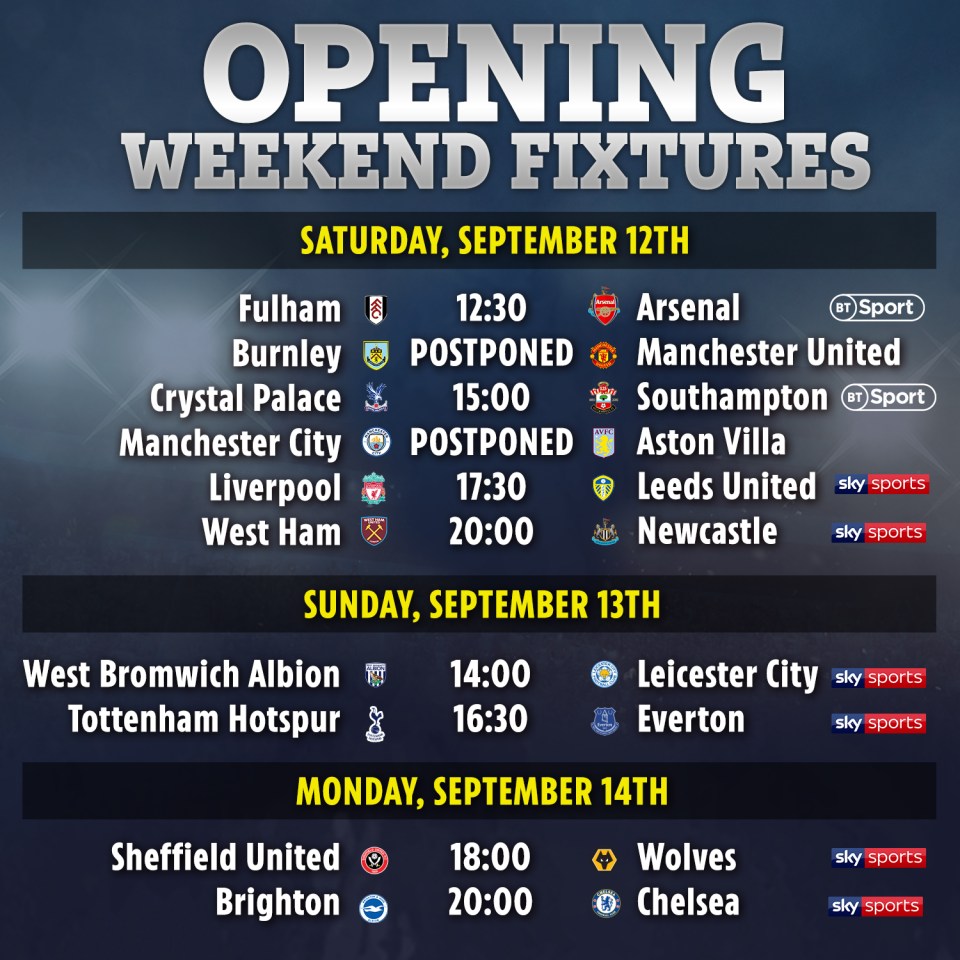 Why did Kanye West pee on his Grammy?

The Handmaid’s Tale season 4 theories: Fred killed by Luke as...