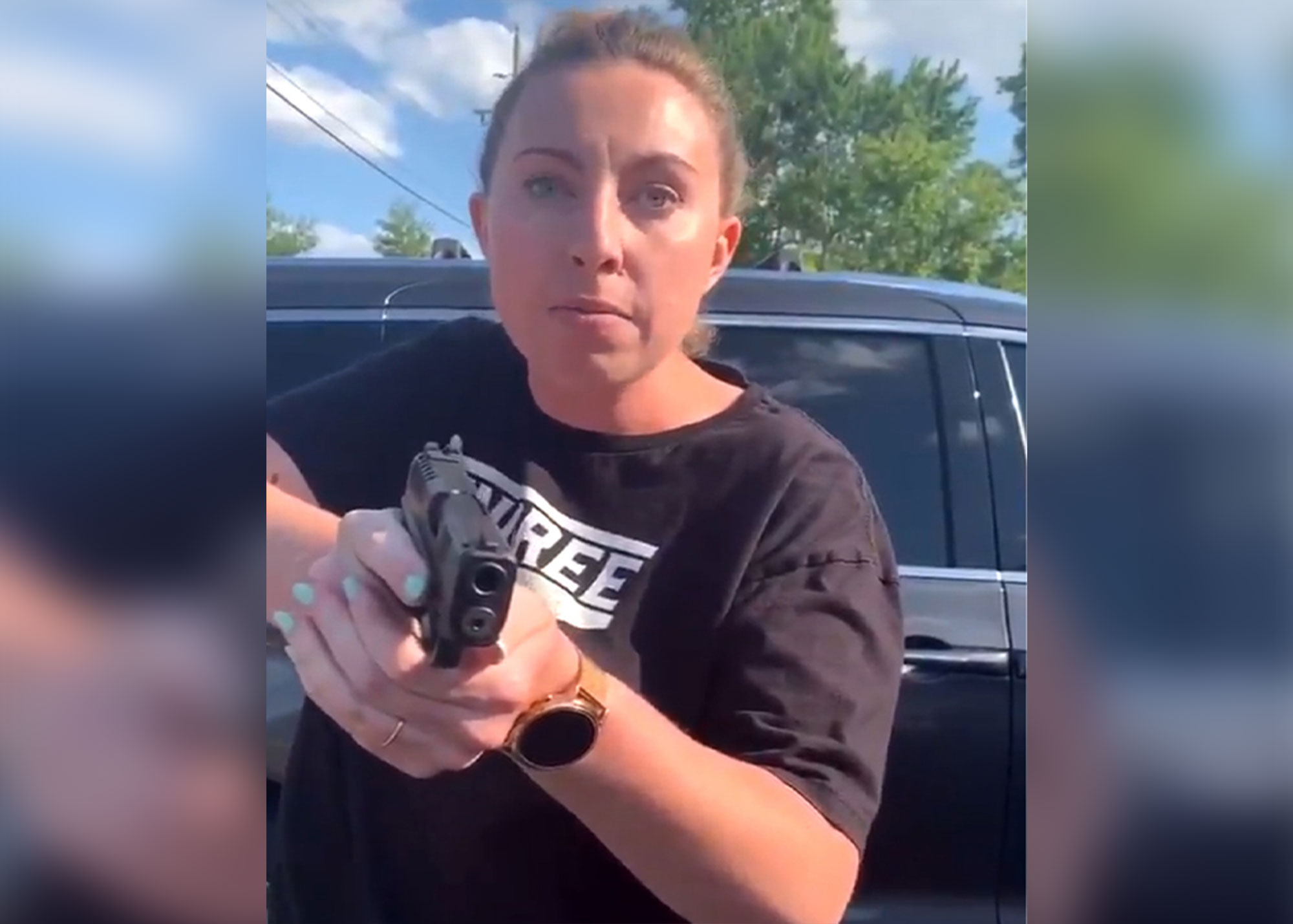 A Michigan man and his wife, the white woman who pulled a gun on a black mother and her 15-year-old daughter in a Chipotle parking lot, were arrested Thursday for the caught-on-camera confrontation.

Jillian Wuestenberg, 32, and Eric Wuestenberg, 42, are each facing an assault charge after the woman was recorded pointing a gun at the teen’s mother, Takelia Hill, in the eatery’s parking lot in Lake Orion on Wednesday, the Detroit News reported, citing the Oakland County Prosecutor Jessica Cooper.

The heated confrontation erupted after Jillian allegedly bumped into Hill’s teen daughter, Makayla Green, while exiting the Chipotle in Orio at about 6 p.m.

The alleged bump was not caught on video. The footage picks up after the altercation moved into the parking lot, and begins with Hill and her daughter arguing with the unidentified woman as they demand an apology, the newspaper had reported.

“You’re very racist and ignorant,” the teen says at one point, after the husband in the driver’s seat of the SUV helps Jillian into the passenger seat.

“Why would you bump her? Why didn’t you say sorry?” Hill continuously asks the woman in response.

Jillian goes on to say, “White people aren’t racist … I care about you and I’m sorry if you had an incident that has made someone make you feel like that. No one is racist.”

Jillian rolls her window up and the SUV begins backing out of the parking spot.

Hill is seen stepping back as the SUV starts to drive away, before she hits the back window of the vehicle, claiming she thought the driver was going to hit them.

That’s when Jillian jumps back out of the SUV and pulls a gun on Hill and her daughter, and Hill can be heard saying, “She got the gun on me!” as the woman yells, “Get the f–k back!”

Police were called regarding the incident six times, authorities revealed at a Thursday afternoon press conference, according to the report.

One of the calls came from Jillian, who claimed she felt threatened and two women were trying to damage her car.

Other 911 calls were made by Chipotle workers who said they witnessed Jillian brandishing her gun.

Jillian was arrested in the parking lot Wednesday night. Her husband was also carrying a gun and they both had concealed pistol licenses, authorities said Thursday.

Holby City fans devastated as tonight’s episode is last for ‘a while’ after show...

How to live longer – the simple and exotic diet plan to prevent an...

Sex lasts longer for couples Sheffield than anywhere else in Britain,...