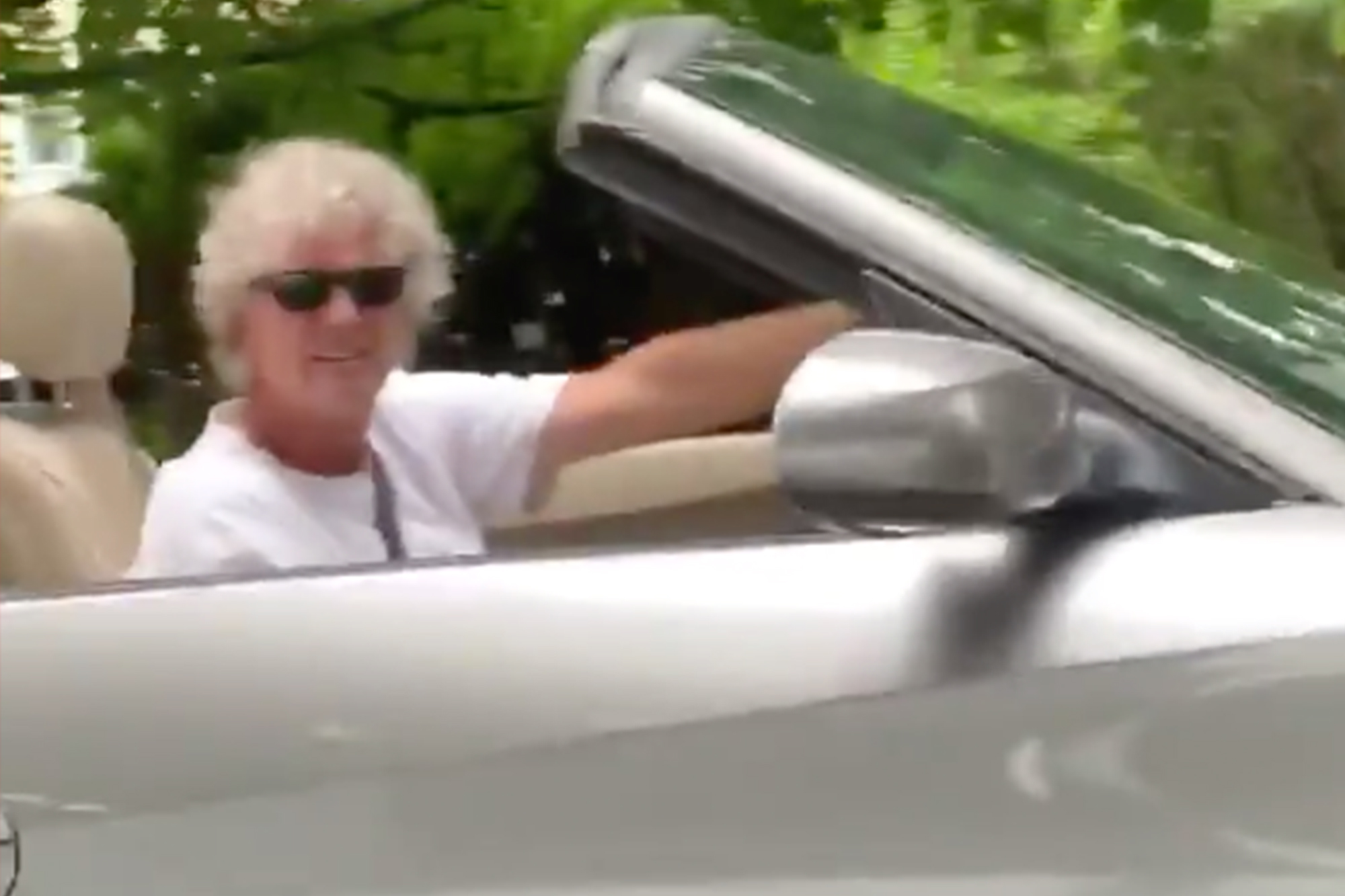 A black Massachusetts woman shared a disturbing video of a white man following her in his BMW as she drove in her own neighborhood – accosting her to ask what she was doing in the area.

“I just got Karen’d? This man followed me home because I went to pick up DOG FOOD at somebody’s house!” Julia Santos, 21, tweeted, using the term for entitled white women in social media, after the man stopped her while she was driving home in Groveland on Monday.

The driver of the convertible Beemer cornered her on a side street and began peppering her with questions about what she was doing in her neighborhood, where she has lived her entire life, about 35 miles north of Boston, the Boston Globe reported.

“So what are you driving up Juniper Terrace for?” the creep asks.

Santos explained that she had just picked up the dog food after seeing a post online offering free chow.

“I don’t feel safe right now,” she then says.

“Too many people,” he says.

“Or is it because I’m black? Is that why?” Santos asks.

After a couple of minutes, a neighbor watching the conversation from her car chides the man for harassing Santos.

“I don’t like the fact that this poor girl is being harassed,” the neighbor is heard saying.

“I don’t like the fact that she’s in my neighborhood,” the man says.

Santos told the Boston Globe that she was still “a little shaken up” by the incident, which has gone viral on social media.

“But I am so happy and relieved about the amount of support I’ve received inside and outside my community,” she said, adding that while she has experienced her “fair share of racism” in her life, it was “nothing as scary as this.”

“I honestly wasn’t sure what was going to happen,” she told the newspaper. “I am so relieved my neighbor was there and I have no idea what could’ve happened to me if she wasn’t.”

She said the incident “represents where we are right now as a country.”

“I just think especially in this racial climate, some people are walking on egg shells,” she added. “Meanwhile, some people … have just gone full racist mode.”

Groveland Police Chief Jeffrey Gillen said he was “deeply disturbed” by the incident, which is being investigated.

Police said they have identified and spoken with the man who accosted Santos, but did not release his name.

“The fact that a resident of our town could face accusation and be followed around like a criminal should make everyone stop in their tracks and consider how we treat one another,” Gillen told the Globe.

“On a personal note, I have lived in this area for my entire life and have been a police officer here for more than 30 years,” he added.

“I have met many of the families in Groveland, including the victim’s family, and watched families grow here. … Our job as police officers is to not only keep people safe but also feel safe in Groveland.”