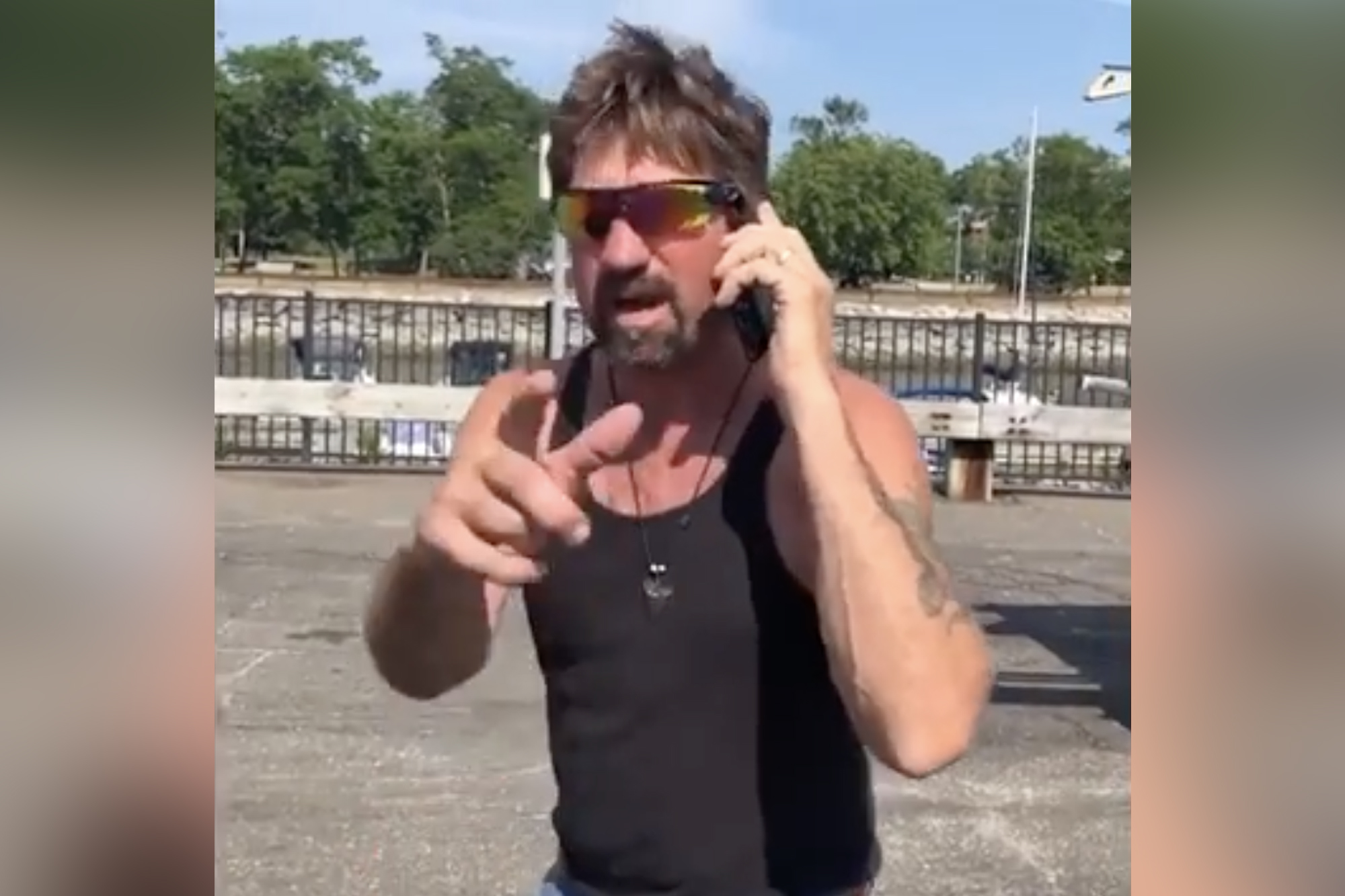 A white man is accused of spraying five black men — including an off-duty cop — with dog repellent in Connecticut in what police described as a “racial incident,” according to reports.

He is seen in a viral video cursing and yelling at the men at the Cove Island Marina in Stamford, then shouting at a police dispatcher on the phone that “a bunch of black guys are harassing me!” the Hartford Courant reported.

He then yells at the group that “white lives matter, too!”

“Based on the totality of the information we have collected so far, the event escalated into a racial incident,” Police Chief Timothy Shaw said in a statement Thursday.

He said that patrol officers were prepared to arrest the suspect on June 20, when the incident occurred, but that when he provided a conflicting account of what happened, they decided to investigate further.

Darnell Crosland, the attorney representing the five men, told the paper that police told him that an arrest warrant had been signed.

“If this was a black defendant and there were white victims, he would have been arrested before he went to bed that night,” Crosland told the Courant. “So am I satisfied with the system? No. Am I pleased there’ll be an arrest? Yes.”

His clients said they were at the marina with a truck and a boat on a trailer when the suspect told them they weren’t legally allowed to use the marina as a boat launch.

They said they told him they had just gathered at the marina and would be launching the boat from a beach. The man then becomes unhinged.

“I’ve been down here my whole f—- life! I live here!” he yells before walking toward one member of the group and saying, “What are you going to do to me?”

One of the men targeted was an off-duty police officer from Bridgeport, Conn., according to the report.

Tarae Frazier, 24, of Stamford, said during a news conference Thursday: “What happened to us is a perfect example of this man weaponizing the police department and as a black man who grew up in America, this happens far too often,” WNBC reported.

Shaw defended his decision not to arrest the man the same night.

Trump tweets that Supreme Court nominee to be announced Saturday

Portland protesters barricade courthouse with federal officers inside — try to set it on...