The Bronze Bomber, an unbeaten WBC champion at the time, discredited Tyson’s level of opposition during an Instagram Live video in 2017.

Wilder, now 34, insisted Lennox Lewis and Evander Holyfield – who both beat Iron Mike – were the only two Half of Famers Tyson fought.

He said: “Everybody was scared of Mike Tyson, because of his aggressiveness and the things he would say and would do, people called him a psycho, he was nuts.

“But if you go back, and I want someone to answer this for me, how many Hall of Famers did Mike Tyson actually fight?

“And don’t bring up Larry Holmes, because we already know Larry was way past him prime.” 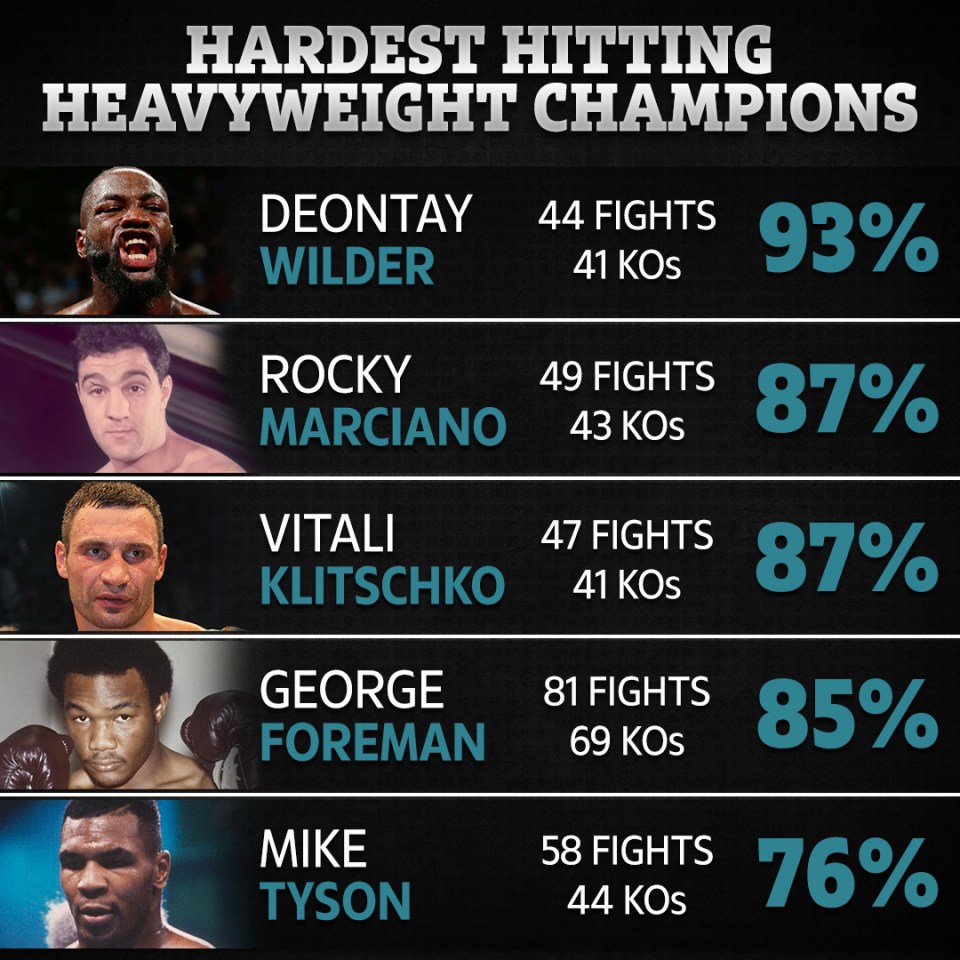 After someone said Tyson had only fought two Hall of Famers, Wilder responded: “Thank you, only two.

“Only two, Holyfield beat him twice and Lennox beat him. Only two, so what the f*** you talking about?”

The video resurfaced after Tyson, 54, announced plans to make a shock comeback 15 years after retiring.

He is set to face Roy Jones Jr in an exhibition bout on September 12.

And though they have been warned to avoid knockouts, both will box in 12oz gloves and no head guards.

It has led to concerns from the WBC – who have nothing to do with the bout – but want to see extra safety measures put in place for the fighters, who have a combined age of 105.

Most read in boxing

FAST AND THE FURYOUS

In a hilarious quirk in the fight build up, Jones Jr has had his ears insured.

Tyson famously bit a chunk out of heavyweight rival Holyfield’s lughole in their 1997 rematch before being disqualified.

Now Jones, 51, is taking protection out to prevent a repeat of those shameful scenes when he squares off against Iron Mike.

Covid-19 'could cause type 1 diabetes in children'

Arizona rolls back reopening amid influx of coronavirus cases