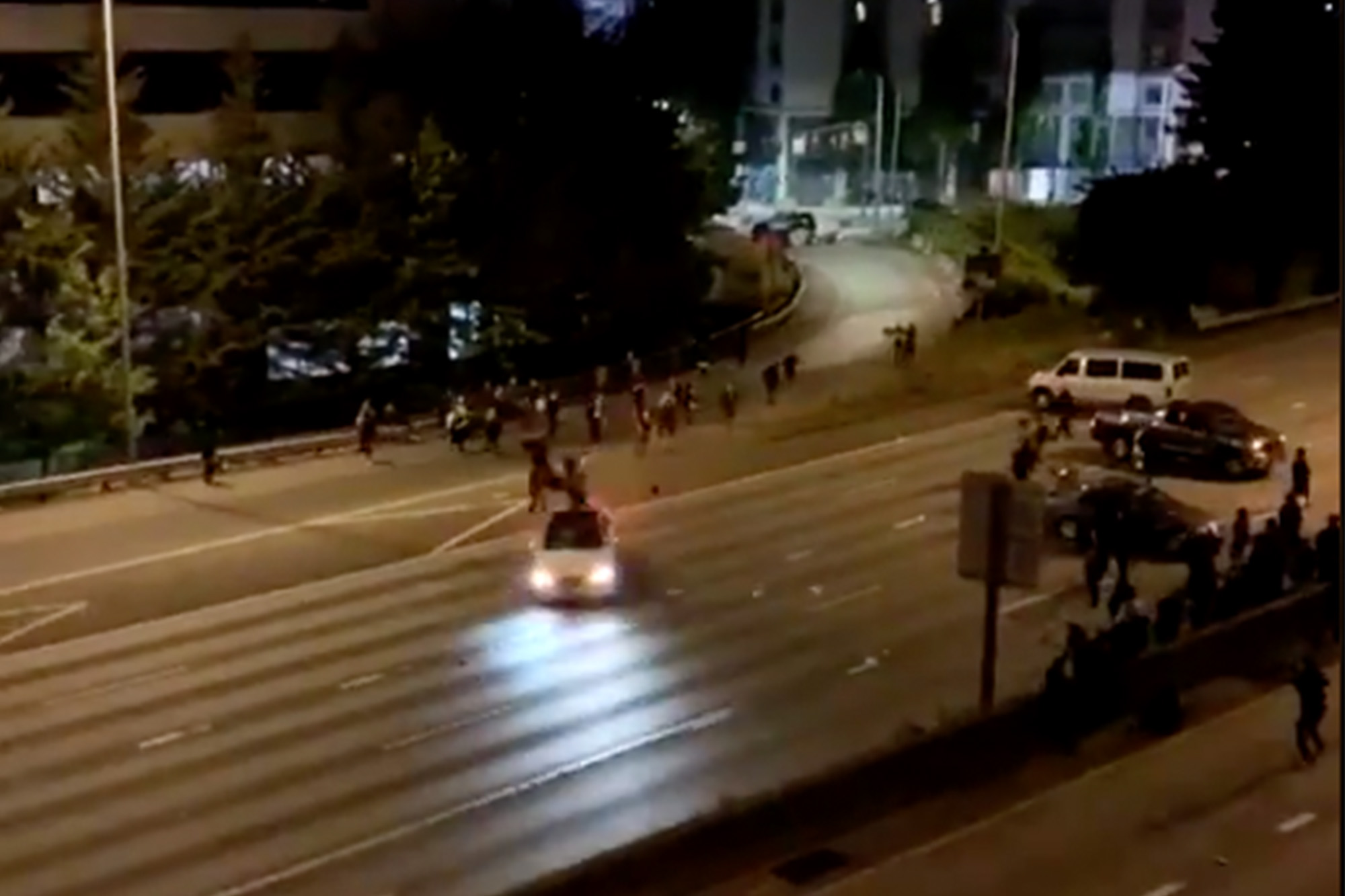 A car in Seattle plowed into protesters on a closed freeway early Saturday, sending bodies flying, according to footage of the incident.

Two women sustained serious injuries after a white vehicle barreled down the road, tossing them into the air. The driver was later taken into custody. The moment was captured on video by horrified onlookers.

Both victims are in their late twenties.

“A vehicle drove through the closure and struck multiple pedestrians on the freeway. Two people were transported to Harborview,” Washington State Patrol spokesman Trooper Rick Johnson tweeted Saturday. “Troopers are investigating at this time. The SB lanes of I-5 will continue to be close for a while.”

Seattle has been the site of protests for weeks since the killing of George Floyd on May 25 and the I-5 freeway had been shuttered due to protest-related activity.

Activists in the city briefly drove out cops from much of downtown to establish a police-free “autonomous zone” which swiftly became the site of much violence.

Protesters were driven out of the encampment this week.

Rick and Morty tackle coronavirus in all-new clip ahead of season...