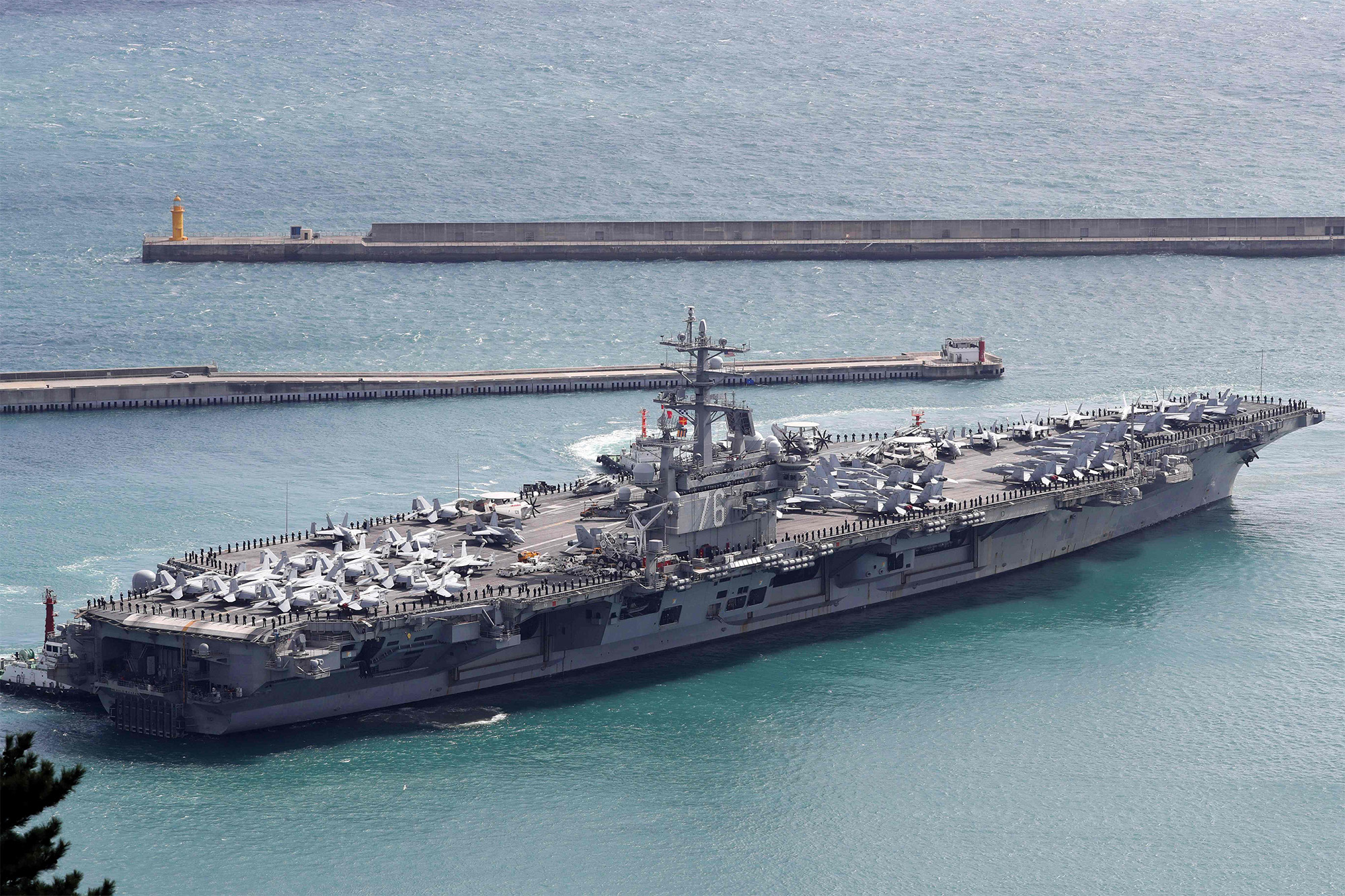 A fleet of US warships have been deployed to the South China Sea and are expected to hold some of the largest military drills the area has seen in recent years.

Two aircraft carriers, the USS Ronald Reagan and USS Nimitz, and four other warships, are set to begin their exercises Saturday, according to the Wall Street Journal.

The deployment comes as a direct response to China, which has stirred regional ire for holding their own set of drills near the Paracel Islands, one of several disputed territories in and around the South China Sea. The land is claimed by the Philippines and Vietnam, both of whom also condemned the Chinese military activity.

The dueling US and Chinese drills will take place at the same time.

“The purpose is to show an unambiguous signal to our partners and allies that we are committed to regional security and stability,” said Rear Adm. George M. Wikoff, told the Journal.

China has responded by saying the drills are appropriate and a matter of national sovereignty.

“Some country outside the region often comes all the way to hold massive military activities to flex its muscles, and that is the rooted reason that affects the stability in the South China Sea,” Zhao Lijian, the Chinese foreign ministry spokesman said Friday.

Vitamin B12 deficiency symptoms: The sign in your fingernails you could lack B12