US Surgeon General Dr Jerome Adams says it is ‘improbable’ (although possible) that the nation will have a coronavirus vaccine by November 1, despite CDC guidance telling states to prepare for shots to arrive by the end of October.

Speaking Friday on Good Morning America, the nation’s top doctor claimed that the guidance was intended to ensure that states have protocols, staff and supplies in place as soon as vaccines arrive, not to hint at an expected arrival date.

President Donald Trump said at a Thursday night reelection rally in Pennsylvania that a shot ‘really might even be delivered before the end of October…How do you like that?’

But the experts in the White House are less sure that’s what the CDC’s guidance meant.

‘It’s not just about having a vaccine that is safe and effective, but about being ready to distribute it,’ Dr Adams said.

‘So on the chance. that a vaccine might be available early, and Dr [Anthony] Fauci and [vaccine czar] Dr [Moncef] Slaoui both say that’s possible even though not probable, we want to make sure that states are ready to distribute it,  hence the November 1 instructions from the CDC, just in case it’s ready, so we can quickly get it to the people who most need it.’ 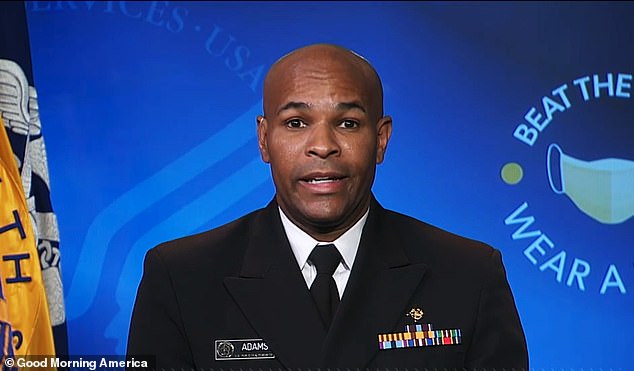 US Surgeon General Dr Jerome Adams told Good Morning America that it is ‘possible, though not probable’ that the US will have a coronavirus vaccine by November 1 f

He also insisted that not only are politics and Election Day not driving US officials to press vaccine approval to happen too fast, but said it’s not possible.

‘What people need to understand is that we have a Data and Safety Monitoring Board, who actually blind the data so it won’t be possible to move forward unless this independent thinks there is good evidence a vaccine is efficacious,’ Dr Adams said.

The CDC’s guidance, sent to states last week, urges them be ready for one of two coronavirus vaccines to ship, under emergency use authorization from the Food and Drug Administration (FDA) by the end of October – just ahead of the November 3 election.

Both Moderna and Pfizer have shots in their final stages of human testing.

Pfizer CEO Alberta Bourla confirmed Thursday that the company could roll out data from its trials fast enough to know whether its shot works by late-October – and said the company will apply for FDA approval ‘immediately’ afterward.

But he insisted the company will not cut corners to do so. 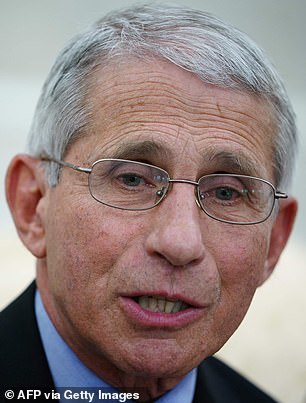 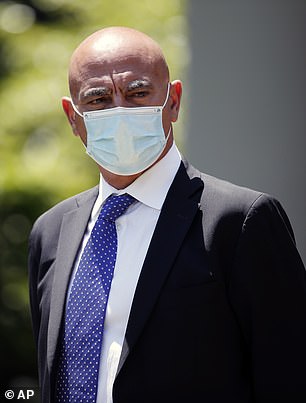 Dr Fauci has said that an early approval for a vaccine is possible if there is overwhelmingly positive data that a coronavirus vaccine works and is safe, but says chances of that happening by the end of next month are slim (left). Vaccine czar Dr Moncef Slaoui (right) said there is a ‘very, very low chance’ of a vaccine by Halloween

Regardless of Bourla’s optimism, and the CDC’s cue to state health departments, the nation’s top doctors have presented a more measured outlook.

Dr Fauci did indeed say was possible that a vaccine could be ready by October – but not likely.

Even President Trump’s appointed vaccine czar, Dr Moncef Slaoui (who gave up his seat as chairman of GlaxoSmithKline to take the job, but kept shares in the company, which is making a vaccine) has cast doubt on the notion a shot could be ready by the end of next month. 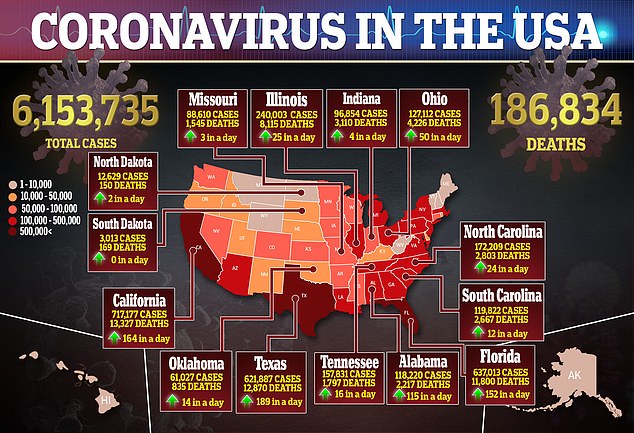 Dr Slaoui said in an interview with NPR that it is ‘extremely unlikely’ that a vaccine will be ready by Halloween and before the election.

He went a step further and promised to resign ‘if there is any undue interference.’

But, he added that he is confident a vaccine will come relatively soon.

‘I firmly believe that we will have a vaccine available before the end of the year.’

And when it does arrive, the experts want states to be ready, and are, for now, certain any shot the gets greenlit will be worth getting.

‘I and my family will be in line to get it,’ Dr Adams said. 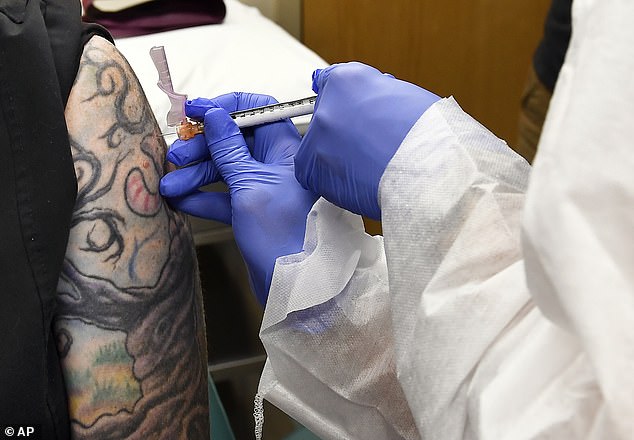 PREPARE FOR CORONAVIRUS VACCINES BY THE END OF OCTOBER, CDC TELLS STATES – BUT EXPERTS SAY IT’S A POLITICAL ‘STUNT’

The CDC documents suggest that, if ‘Vaccine A’ is given emergency use authorization by October, ftwo million doses will be shipped then, with as many as 50 million additional doses going out by year-end.

For ‘Vaccine B,’ up to one million doses could be shipped by the end of October, and up to 35 million by year-end, according to the documents issued last Wednesday.

It comes after Dr Anthony Fauci, top infectious disease expert in the US, said that, if data clearly shows that a  COVID-19 vaccine is safe and effective ahead of planned trial end-dates, an emergency use authorization could be issued early.

While Americans are eager for life to return to some semblance of normality, a recent Stat News and Harris Poll survey found that 78 percent of people in the US think that the fast progress toward approval for a coronavirus vaccine is driven not by science, but by politics.

‘This gives me concern,’ Dean of the School of Tropical Medicine at Baylor College of Medicine and vaccine delivery expert Dr Peter Hotez told DailyMail.com.

‘All of this together gives me the impression that this potentially more of a stunt than an expression of concern for public health, especially coming in the weeks before the election.’

The seven best door curtains you can buy in 2020