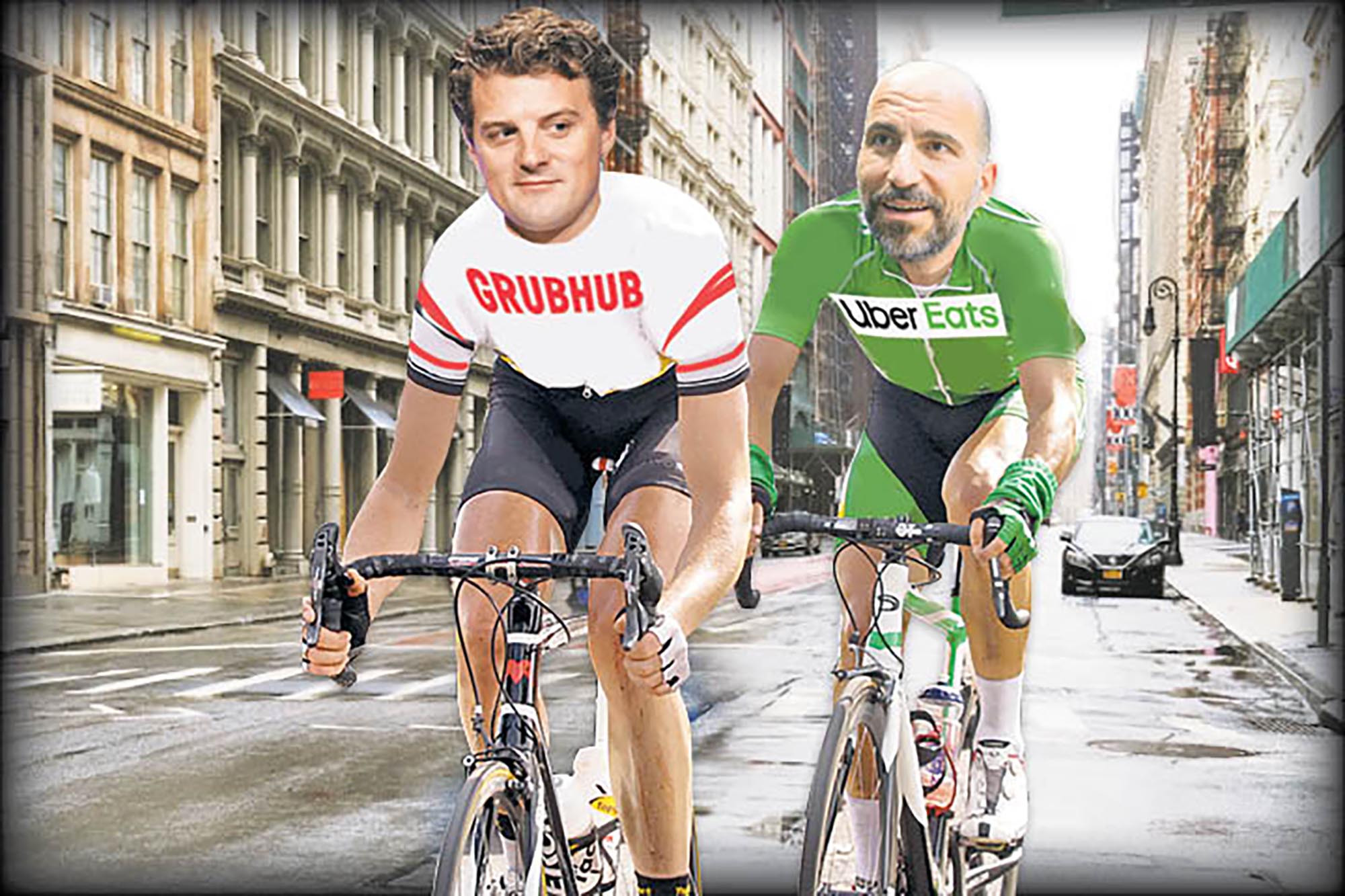 The food delivery wars are back on.

Just three weeks after its offer to buy Grubhub crumbled, Uber is going on the offensive with a plan to steal its former potential partner’s Big Apple clients, The Post has learned.

Starting on Tuesday, Uber’s food delivery arm, Uber Eats, began telling New York City eateries that it will waive marketing fees and all other non-delivery fees through Oct. 31 — a promotion that sources say could help Uber pick off Grubhub’s restaurant clients in its largest market of NYC.

“That’s a way to take share away from Grubhub,” one industry insider said, noting that the majority of Grubhub’s NYC customers tend to handle their own delivery and stand to pay zero commissions through October if they switch to Uber.

Uber will still charge a 15 percent commission for food deliveries. And since the vast majority of Uber Eats’ existing clients tend to rely on it for delivery, the promotion will only cost it about one-quarter of its total NYC revenues, sources said.

Big Apple restaurateurs say they could sorely use the savings, especially with sales having plummeted due to coronavirus lockdowns that have largely shuttered sit-down dining operations.

Dan Abrams, who operates JG Melon in the West Village and Sirenetta on the Upper West Side, told The Post he will start using Uber if it will indeed save him money.

“At this point, everything is a simple math equation about how I can save more money,” said Abrams, who has been using Grubhub and its Seamless unit for deliveries during the pandemic.

Uber’s promotion is timed to coincide with a food delivery fee cap implemented earlier this month by the NYC City Council and the mayor to help alleviate costs for restaurants struggling to survive the coronavirus.

“It’s a unique opportunity for [Uber] to take advantage of the 5 percent cap,” the industry insider noted.

Uber declined to comment except to note that “restaurants who use their own delivery staff will keep 100 percent of all orders.”

The promotion comes amid reports that Uber Eats is in talks to acquire Postmates after its much publicized negotiations to acquire Grubhub fell through.

Uber started putting together an offer for Postmates, which was last valued at $2.4 billion, soon after its proposed $6 billion tie-up with Grubhub fell apart, The New York Times reported late Monday. Chicago-based Grubhub ended up getting bought by Dutch delivery firm Just Eat Takeaway in a $7.3 billion deal.

Uber and Postmates could announce a deal by next week if they reach one, which is not guaranteed, according to The Wall Street Journal.

The promotion could also attract unwanted attention from legislators trained to be wary of food delivery apps amid an avalanche of complaints from restaurateurs about their fees.

“While I welcome any effort to help struggling local restaurants during this public health crisis, the devil is always in the details,” said Mark Gjonaj, who heads up City Council’s small business committee. “I look forward to learning more about the program and its actual impact.”