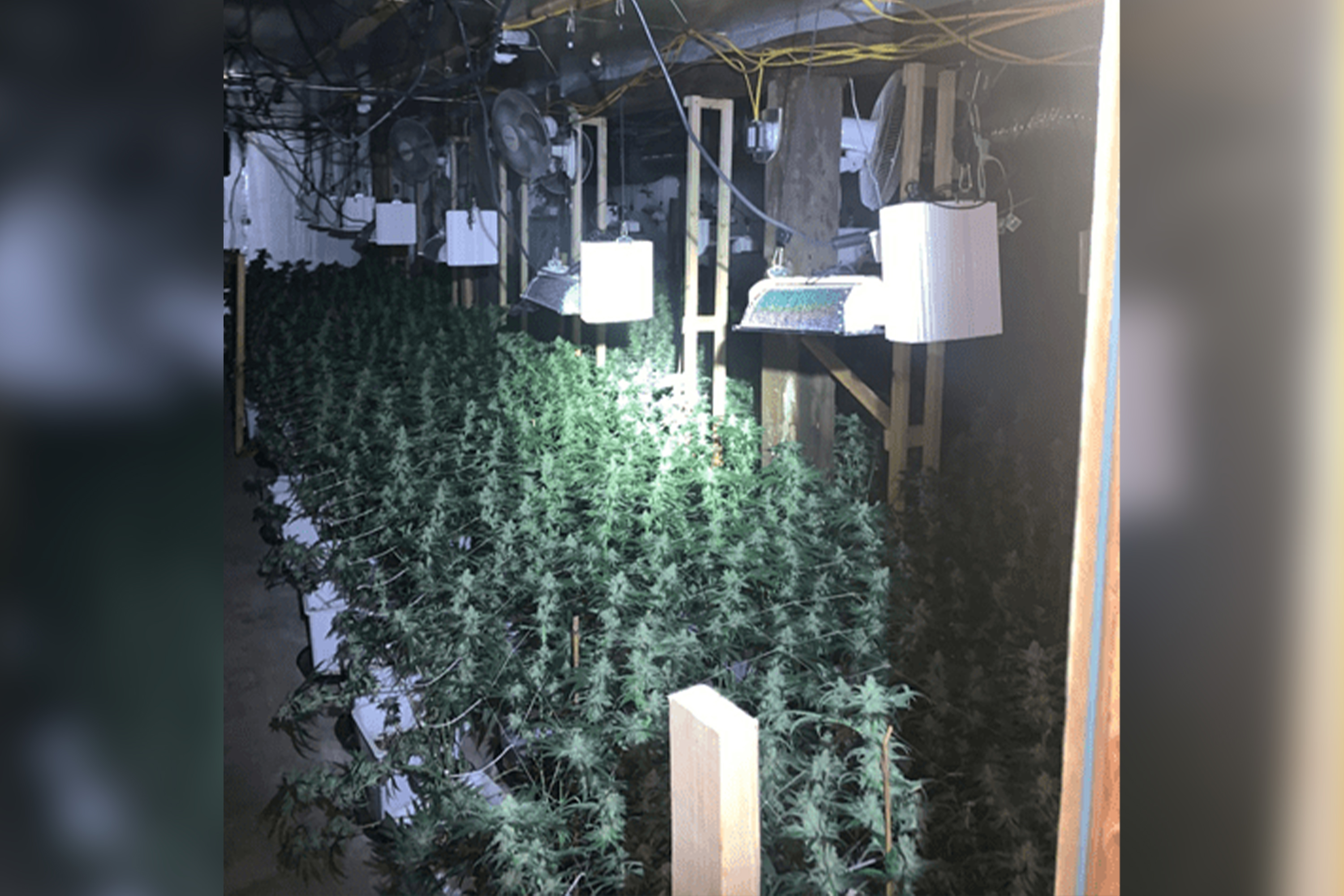 Brooklyn resident Bin Huang, 32, the owner of the home in the town of Savoy, and Yebin Mai, of Staten Island, were charged with marijuana trafficking after authorities were tipped off to the alleged operation by a utility crew on July 29.

The house had been using roughly $10,000 in electricity a month, according to records from regional electric company Eversource.

The excessive power use caused an electrical problem with a utility pole outside the Jackson Road residence that prompted an inspection by Eversource crews last Wednesday.

The workers found overloaded and damaged wires and encountered Mai at the home, where they tried to tell him they needed to shut off power.

Mai claimed his English was shoddy, declined to let the workers inside to check the electrical hookups and handed a worker an envelope stuffed with $100 bills.

Initially, Mai would not take the money back. But when police were later called by the utility workers, the money was successfully returned.

The officers from Massachusetts State Police who responded noticed a smell of marijuana, the sound of fans and even spotted marijuana plant remnants in the woods behind the house.

By Saturday, authorities were granted the search warrant.

The home remained unoccupied until Wednesday when Huang and Mai returned.

Police were tipped off to their arrival, and arrested the duo after they left the house in a white 2019 Ford pickup truck with a New York registration.

Amanda Holden flashed her boobs at me and Alesha Dixon is ‘very naughty’, reveals Stephen Mulhern