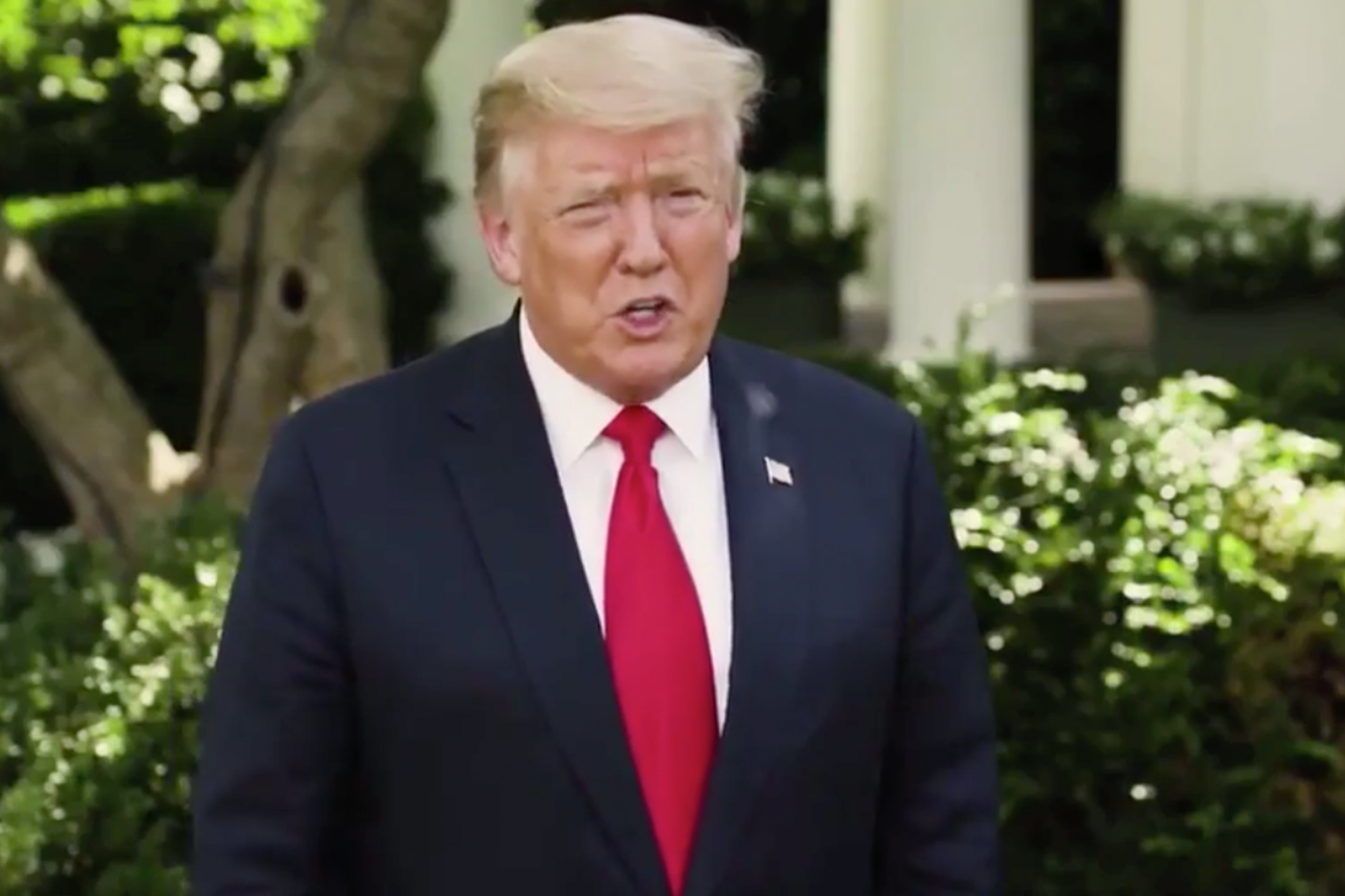 President Trump said Thursday that “lawlessness has been allowed to prevail” in the wake of statues toppled across the country — but he won’t allow it to happen anymore, referring to an executive order he signed that metes out prison sentences for such vandalism.

“Lawlessness has been allowed to prevail. We’re not going to let it prevail any longer,” he said in a one-minute video released on his Twitter account.

The video shows images of statues being pulled off their pedestals and others marred by paint and graffiti as part of the nationwide protests over the death of George Floyd at the hands of Minneapolis police officers.

“It started off with Confederate statues but then it went to George Washington, Thomas Jefferson, Abraham Lincoln – went to people that were abolitionists, people that wanted to stop slavery,” Trump said. “It went to anything because frankly it didn’t matter to them anarchists, agitators, looters, and people aren’t happy.”

Speaking for the “silent majority,” Trump said he won’t allow the statues to be removed.

“I signed an executive order, just a few days ago and since then it’s been very calm, they go to prison for 10 years if they hurt our monuments or our statues,” he said.

The president said he signed the executive order last Friday that authorizes the attorney general to prosecute anyone who “destroys, damages, vandalizes, or desecrates a monument, memorial, or statue within the United States or otherwise vandalizes government property.”

The order also extends to “religious property,” specifying statues of Jesus and any “other religious figure or religious art works.”

He said vandalizing statues or monuments could be punished with a 10-year prison term.