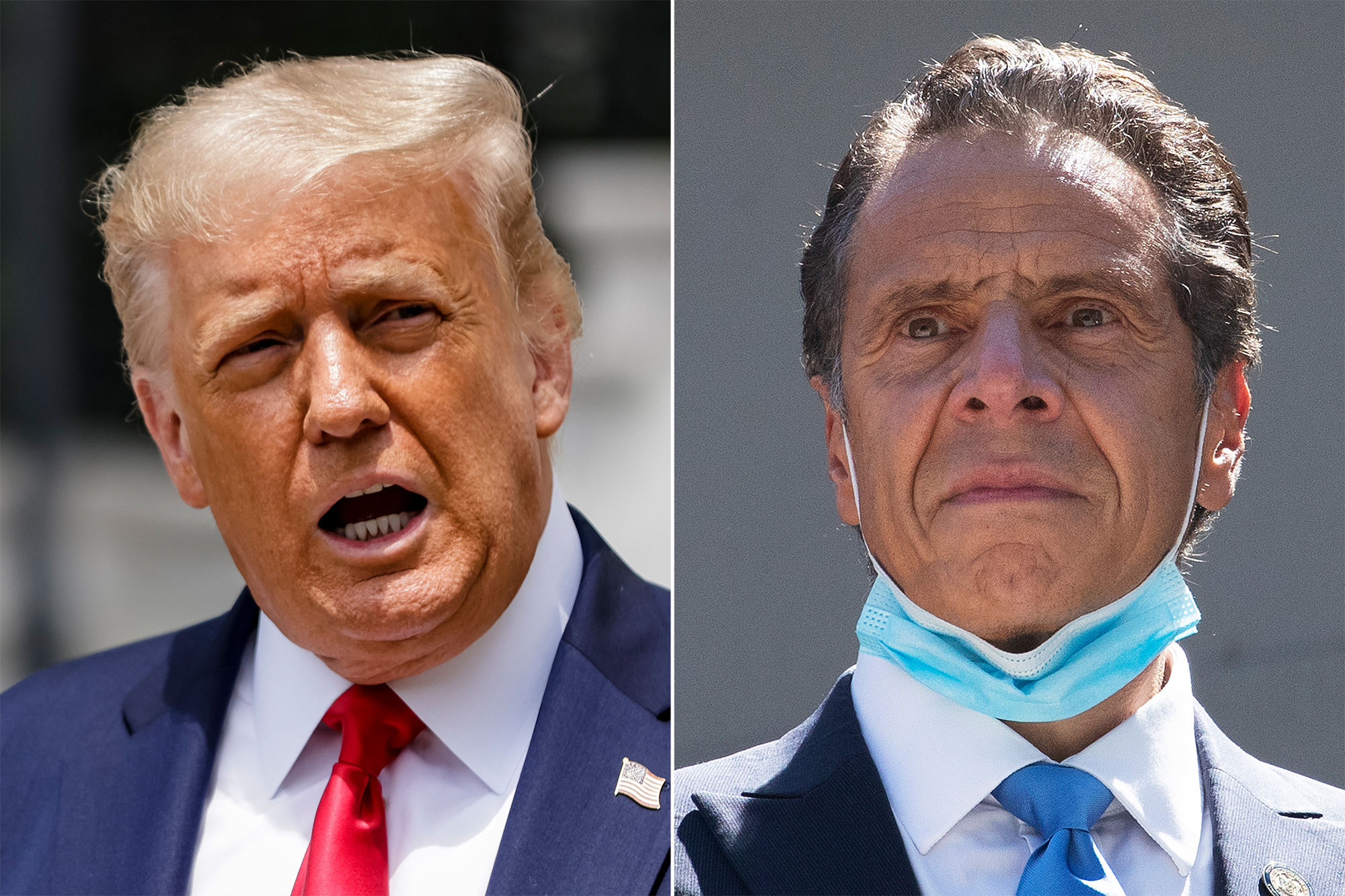 The president will arrive Thursday evening in Bedminster, where he is expected to spend the weekend at his Trump National Golf Club and will meet the governor with whom he has had a strained relationship for in-person talks.

“We’ll be taking to Governor Cuomo,” Trump told reporters on the White House South Lawn. “They’re looking to do a project, the Second Avenue Subway, as you know.”

In an Oval Office interview with The Post in May, the Queens-born president said he wanted to see the costly Second Avenue subway line finally finished.

“I’ve been driving over those boards for many years, for decades,” he said of the temporary road coverings over the excavation and construction work.

The project has a $6 billion price tag — making it the most expensive underground train line in history. When finished, it will connect Harlem to Lower Manhattan and create 16 new stations.

The cost of the controversial LaGuardia Airport AirTrain project is also now estimated at roughly $2 billion.

Trump slams Biden on fracking and trade at Pennsylvania rally

Cult leader claiming to be reincarnation of Jesus arrested in Russia

Who’s afraid of Ghislaine Maxwell? Everyone on this list

Kim Jong Un rejects face mask shipment amid suspicions they were made in South...