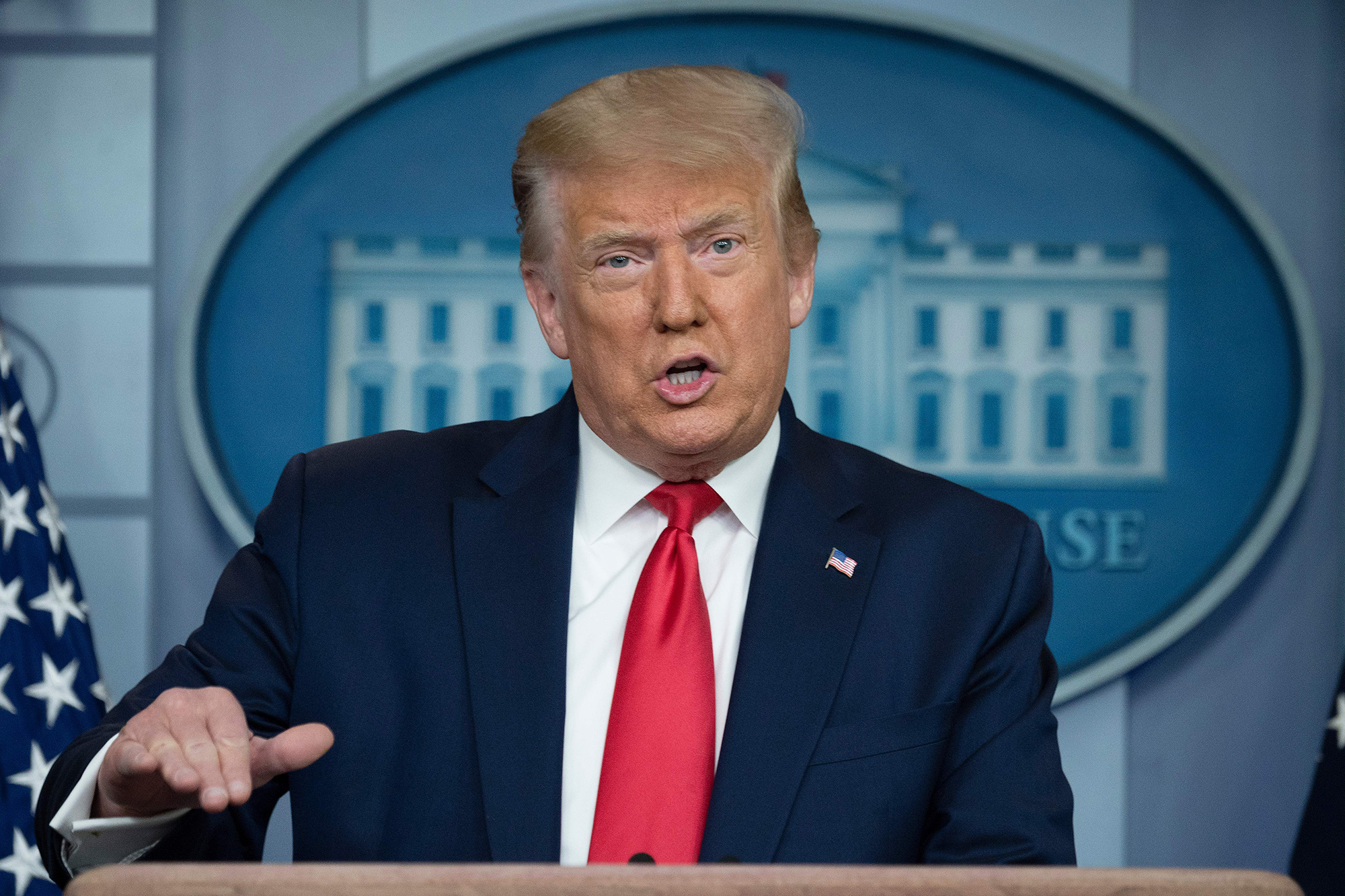 WASHINGTON — President Trump returned to the White House briefing room on Thursday to celebrate the nation’s falling unemployment rate, describing it as “spectacular news for American workers and American families.”

“Today’s announcement proves that our economy is roaring back. It’s coming back extremely strong,” the president told reporters, promising to “vanquish” the coronavirus which is spiking in Arizona, Florida, California and other states.

The US economy added a record 4.8 million jobs in June, according to the latest jobs report released Thursday morning, reducing unemployment to 11.1 percent, down from a peak of 14.7 percent in April.

More than 20 million people have filed for unemployment benefits since the pandemic shuttered large swaths of the economy after it began infecting a large number of Americans in late February.

“The crisis is being handled,” Trump said, touting rising consumer confidence, retail sales and his government’s response to the ongoing coronavirus crisis.

The president repeated his predictions that the economy would come roaring back even as states such as Florida report a record number of new COVID-19 infections and governors have been forced to roll back their reopening plans.

“We have some areas where we’re putting out the flames of the fires and that’s working out well,” Trump said.

“We’re getting rid of the flame,” he added.

Thursday’s announcement came as the US hit a new daily record with 50,000 new COVID-19 infections in a single day. States such as Florida and California are also confronting a tsunami of new cases.

Public health experts such as Dr. Anthony Fauci last week warned Congress that the worst of the coronavirus pandemic may lie ahead, predicting that the US could experience up to 100,000 new daily cases.

More than 2.74 million people have been infected and another 130,000 people have died in the US from the virus.

Treasury Secretary Steven Mnuchin also lauded the jobs numbers as better than expected but told reporters he would remain “concerned until we get everybody back to work.”

Who is TikTok boss Kevin Mayer and why has he resigned?

Trump Jr accuses Biden of having 'liberal privilege' to 'lie and flip-flop' but be...

What was Keith Hufnagel’s cause of death?