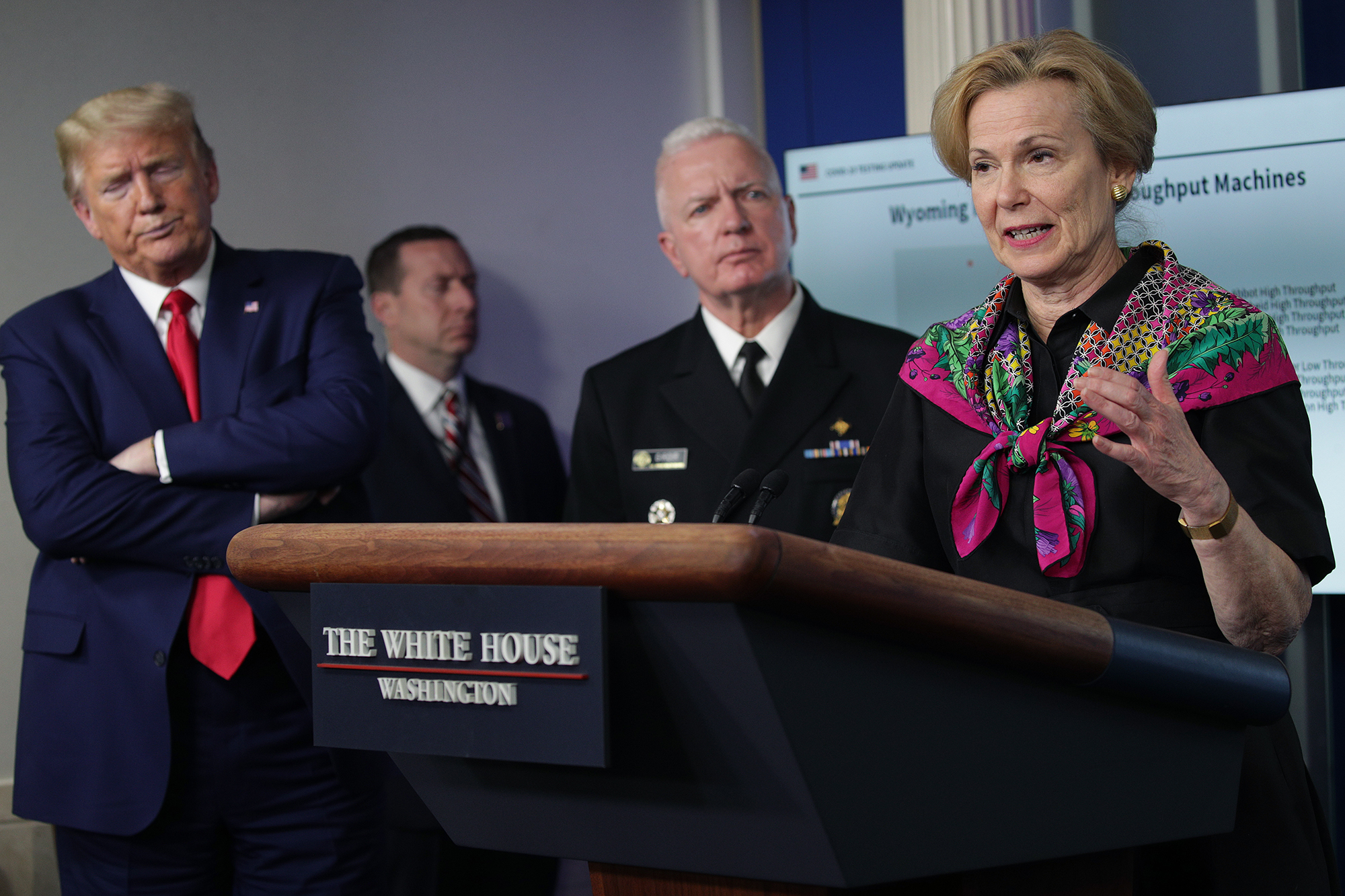 Trump’s public rebuke of Birx sharply contrasts with his frequent denial of tension with fellow task force member Dr. Anthony Fauci, who emerged as a hero to Trump critics for his willingness to fault the US pandemic response.

“So Crazy Nancy Pelosi said horrible things about Dr. Deborah Birx, going after her because she was too positive on the very good job we are doing on combatting the China Virus, including Vaccines & Therapeutics. In order to counter Nancy, Deborah took the bait & hit us. Pathetic!” Trump tweeted.

Birx, who is also the US government’s HIV/AIDS ambassador, said Sunday on CNN that “what we are seeing today is different from March and April — it is extraordinarily widespread.”

“If you have an outbreak in your rural area or in your city, you need to really consider wearing a mask at home, assuming that you’re positive if you have individuals in your home with comorbidities,” Birx said.

Trump recently has insisted the US has more new daily cases than other countries because of more frequent testing for the virus.

Pelosi (D-Calif.) reportedly savaged Birx during a Thursday night meeting with White House officials, calling her “horrible” and “the worst.”

Birx became a social media star by wearing a different silk scarf at each briefing. Some Republicans discussed her as a potential future vice president.

Trump has denied being irritated with Fauci, who regularly appears on TV and before Congress.

“I have a very good relationship with Dr. Fauci,” Trump said last week.

Strictly’s Bruno Tonioli is set to miss this year’s show and will judge the...

Heartbroken mum pays tribute to kind-hearted daughter, 14, who ‘used to...