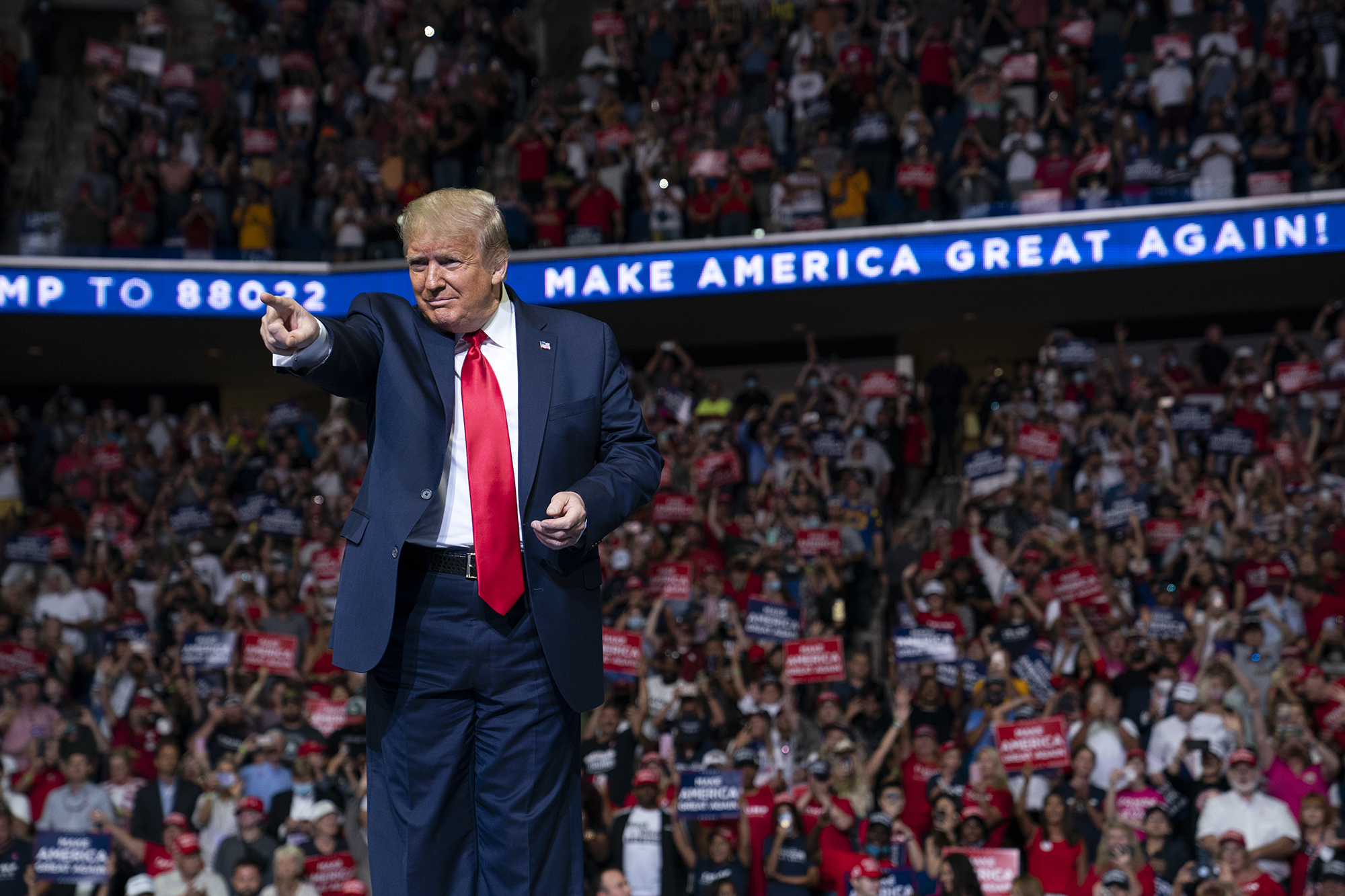 WASHINGTON — President Trump’s campaign has been forced to cancel a planned rally in Alabama for next weekend as new coronavirus cases continue to surge across the US, a source familiar with the plans told The Post.

A campaign spokeswoman refused to confirm reports, first published by CNN, that Trump had been forced to scrap a yet-to-be-announced appearance in Alabama where his former attorney general Jeff Sessions faces an uphill Senate battle.

Alabama officials reportedly asked the campaign not to hold the event in the state which is experiencing a worrying spike in new COVID-19 infections like many other regions across the US.

On Tuesday, Alabama’s Republican Governor Kay Ivey announced she was extending an order encouraging people to stay home and wear face coverings when in public.

The Trump campaign never announced the Alabama rally but the decision to scrap the event is sure to come as a blow to his re-election bid which has been derailed by the pandemic.

It’s unclear if there are any other public events or rallies on the horizon, meaning Trump’s next large-scale celebration could be delayed until his nomination at the Republican National Convention in Jacksonville in August.

The campaign is still reeling from a relatively poorly-attended rally in Tulsa, Oklahoma earlier this month which was supposed to serve as a huge comeback event for Trump who had to cancel three months worth of campaign events amid the pandemic.

Sessions will likely be relieved that his old boss is staying in Washington, DC after he ripped Trump in May for becoming involved in the Alabama GOP Senate primary where he faces a tough fight for his old seat.

Ruth Bader Ginsburg to be buried in Arlington National Cemetery