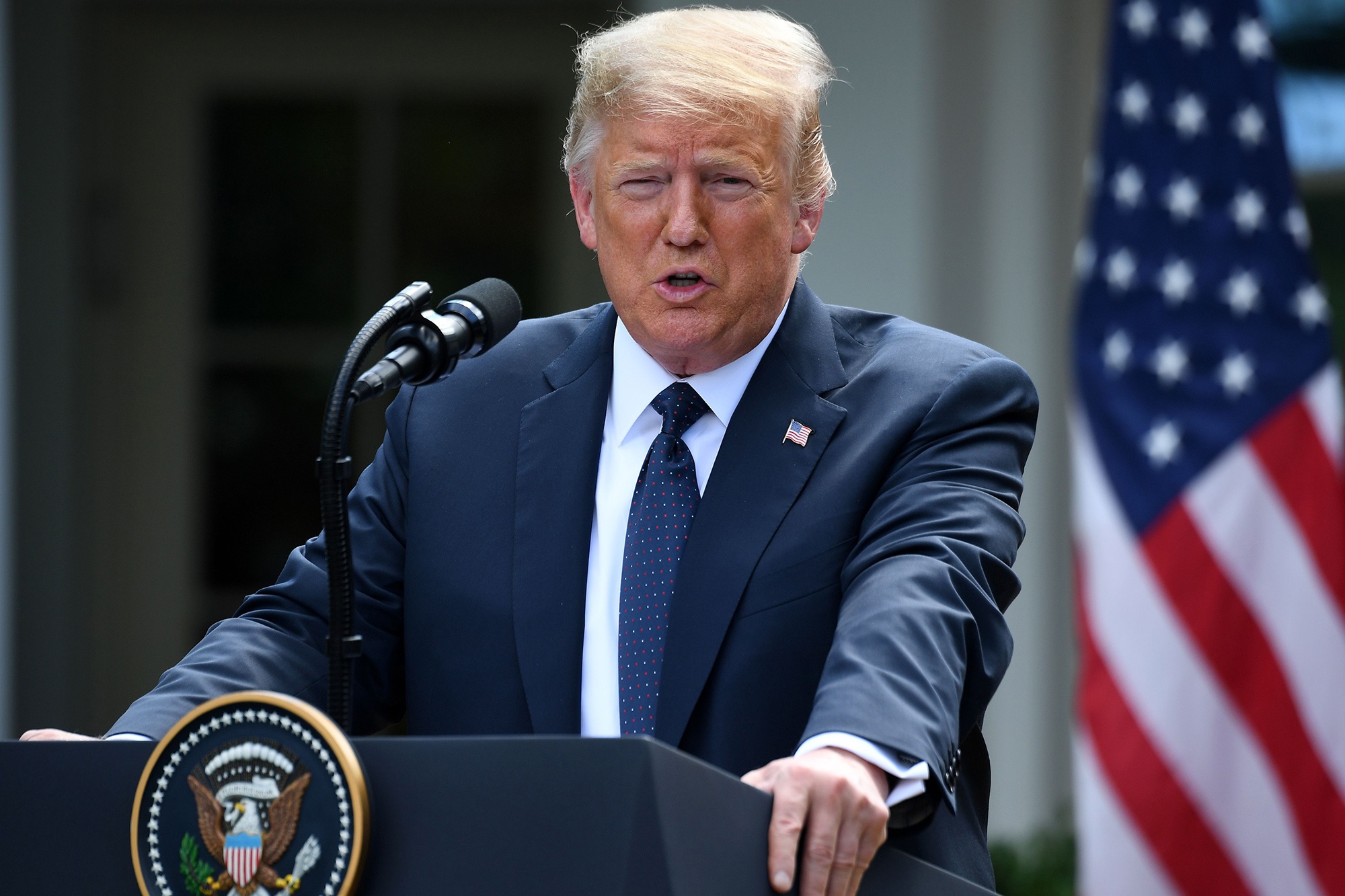 “NYC is cutting Police $’s by ONE BILLION DOLLARS, and yet the @NYCMayor is going to paint a big, expensive, yellow Black Lives Matter sign on Fifth Avenue, denigrating this luxury Avenue,” the president wrote on Twitter on Wednesday.

“This will further antagonize New York’s Finest, who LOVE New York & vividly remember the horrible BLM chant, ‘Pigs In A Blanket, Fry ‘Em Like Bacon’. Maybe our GREAT Police, who have been neutralized and scorned by a mayor who hates & disrespects them, won’t let this symbol of hate be affixed to New York’s greatest street. Spend this money fighting crime instead!” Trump continued.

The city council just after midnight Wednesday passed an $88.1 billion budget that cuts $1 billion in spending from the police department.

NYPD Commissioner Dermot Shea on Tuesday called the cuts “concerning” and warned they would “impact our ability, I believe, to keep New Yorkers safe in some way, shape and form.”

“Cutting overtime, cutting head strength at a time of rising crime, is going to be an extreme challenge for the men and women of this department — extreme,” Shea said.

The cuts come as the rate of shootings has increased in the city.

The NYPD recorded 63 shootings between June 22 and last Sunday — an increase of 26 from the same one-week period last year.

Lockdown loos MAPPED: Where is the nearest public toilet?