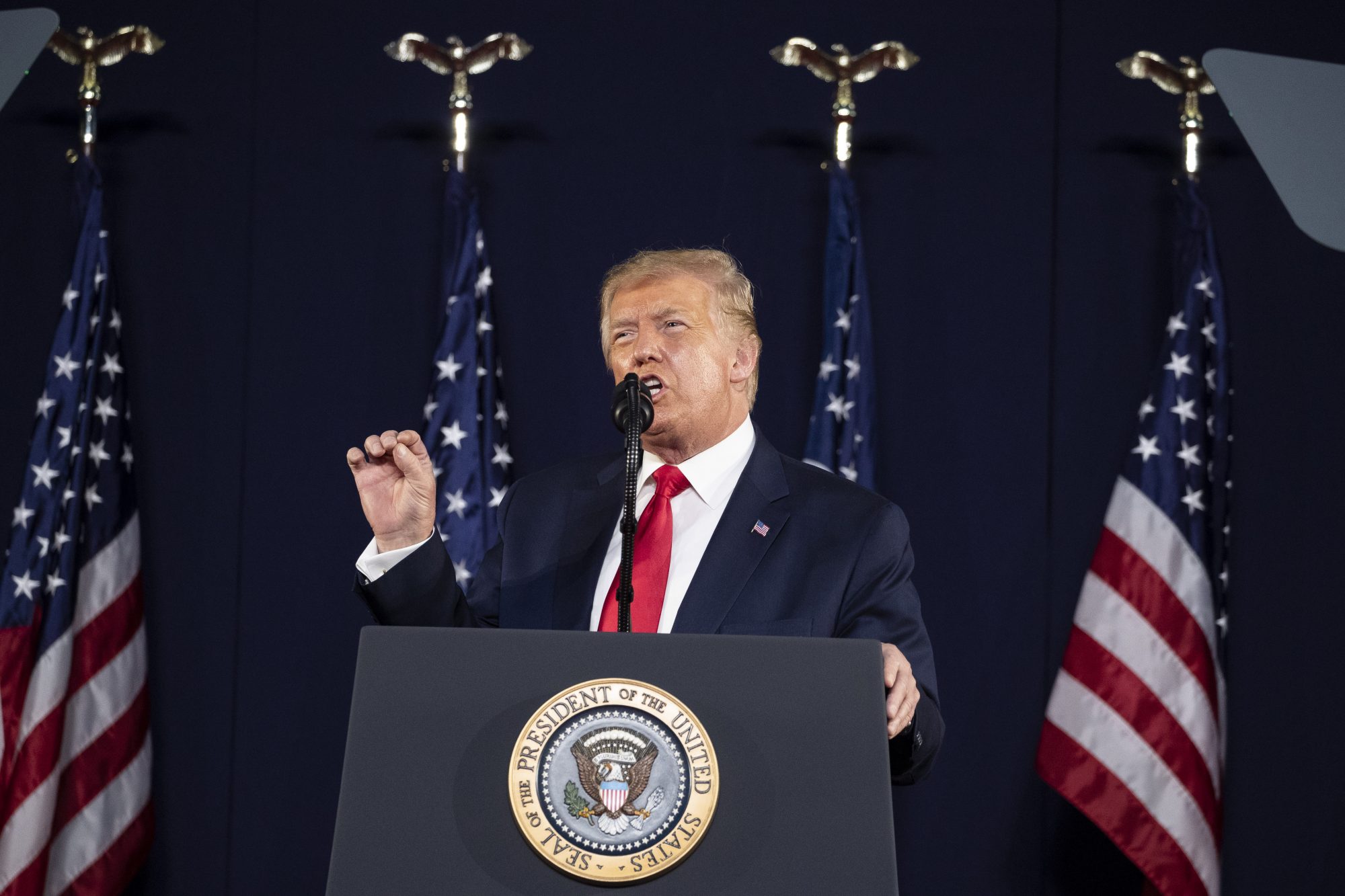 The president described the garden as a “vast outdoor park that will feature the statues of the greatest Americans who ever lived.”

An interagency task force will look for potential sites, and the Department of the Interior will provide funding for the garden, which should be open before July 4, 2026 — the 250th anniversary of the Declaration of Independence.

The order notes, “none will have lived perfect lives, but all will be worth honoring, remembering, and studying.”

The order also notes the recent toppling and vandalization of historic monuments across the country amid racial injustice protests.

Many of the targeted statues involved Confederate military heroes and historical figures who owned slaves or caused harm to Native Americans.

“My Administration will not abide by an assault on our collective national memory,” the order says.

“In the face of such acts of destruction, it is our responsibility as Americans to stand strong against this violence, and to peacefully transmit our great national story to future generations through newly commissioned monuments to American heroes.”

Trump, in his pre-firework show speech, expressed similar sentiments, blasting what he called the “angry mobs” who “are trying to tear down statues of our founders.”

Britain confirms another 2,948 cases of coronavirus