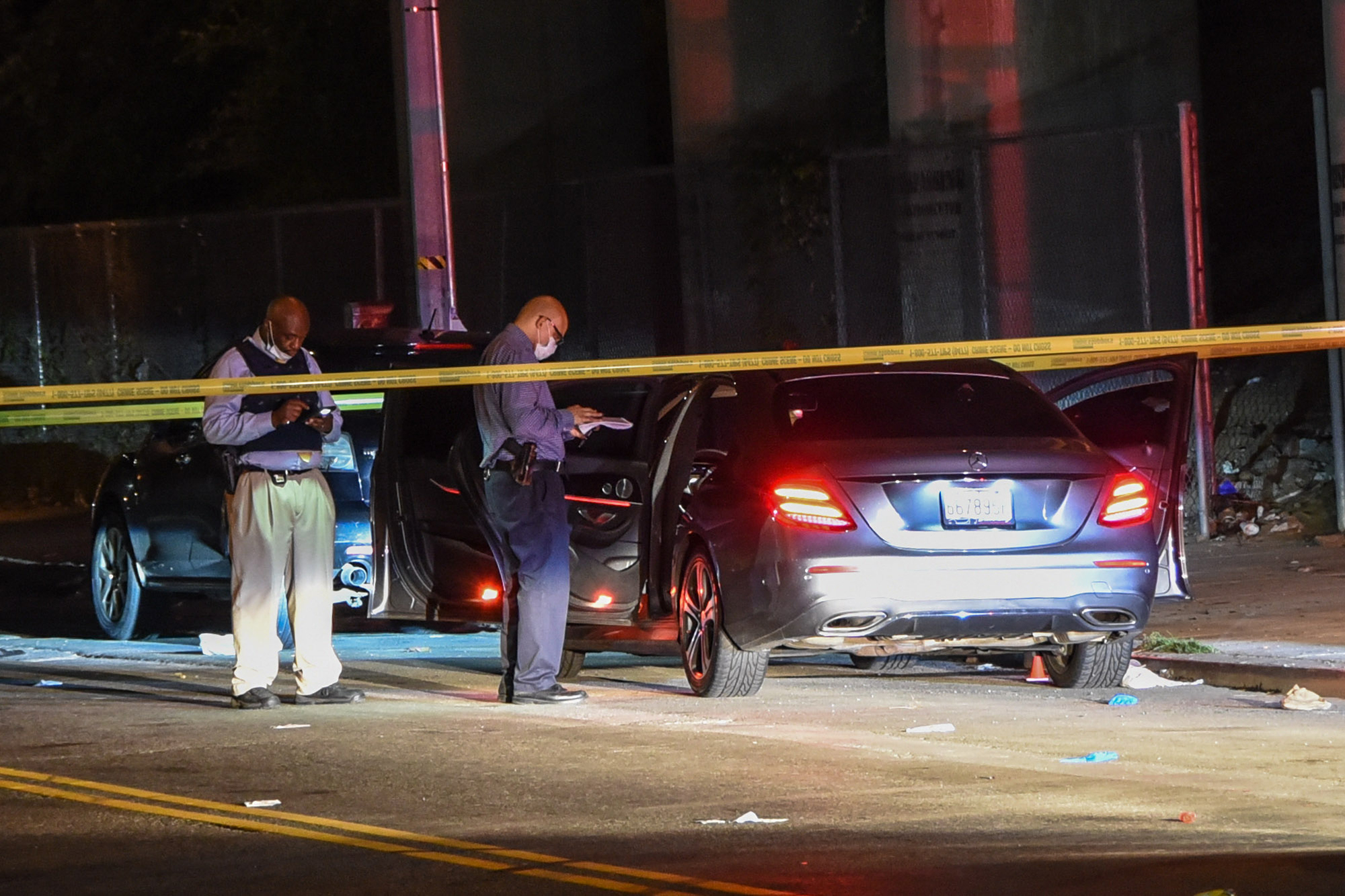 Two men were fatally shot in the head as they sat in a car in the Bronx early Thursday — among four people killed during yet another violent night across New York City, cops said.

The victims, whose names were not immediately released, were discovered with gunshot wounds to the back of their heads inside a parked car on Sedgwick Avenue near Depot Place in Highbridge just after 1 a.m., police said.

The relationship between the two victims — a 30-year-old man sitting in the driver’s seat, and another man, believed to be in his 30s, sitting in the front passenger seat — was not immediately clear.

Police sources say the 30-year-old man was found in possession of a 9mm handgun, but it’s believed someone shot the pair from outside the car.

Evidence was recovered outside the vehicle, according to the sources.

Police initially responded to the scene for a “crowd condition,” and say a party may have been going on at the time.

About 20 minutes earlier in Canarsie, Brooklyn, Terrence Bazile, 22, was blasted in the hip on East 96th Street near Linden Boulevard, cops said. He was taken by private means to Brookdale Hospital, where he was pronounced dead.

In East New York around 10:20 p.m. Wednesday, a 39-year-old man was stabbed multiple times inside a building on Bradford Street near Belmont Avenue.

He was taken to Brookdale Hospital, where he was pronounced dead.

No arrests had been made in any of the cases by Thursday morning.

They did not immediately have a tally of Thursday morning incidents.

Alex Jones net worth: The One Show host has huge fortune – how she...

Double murderer spent £165,000 of taxpayer cash to fund his attempt...