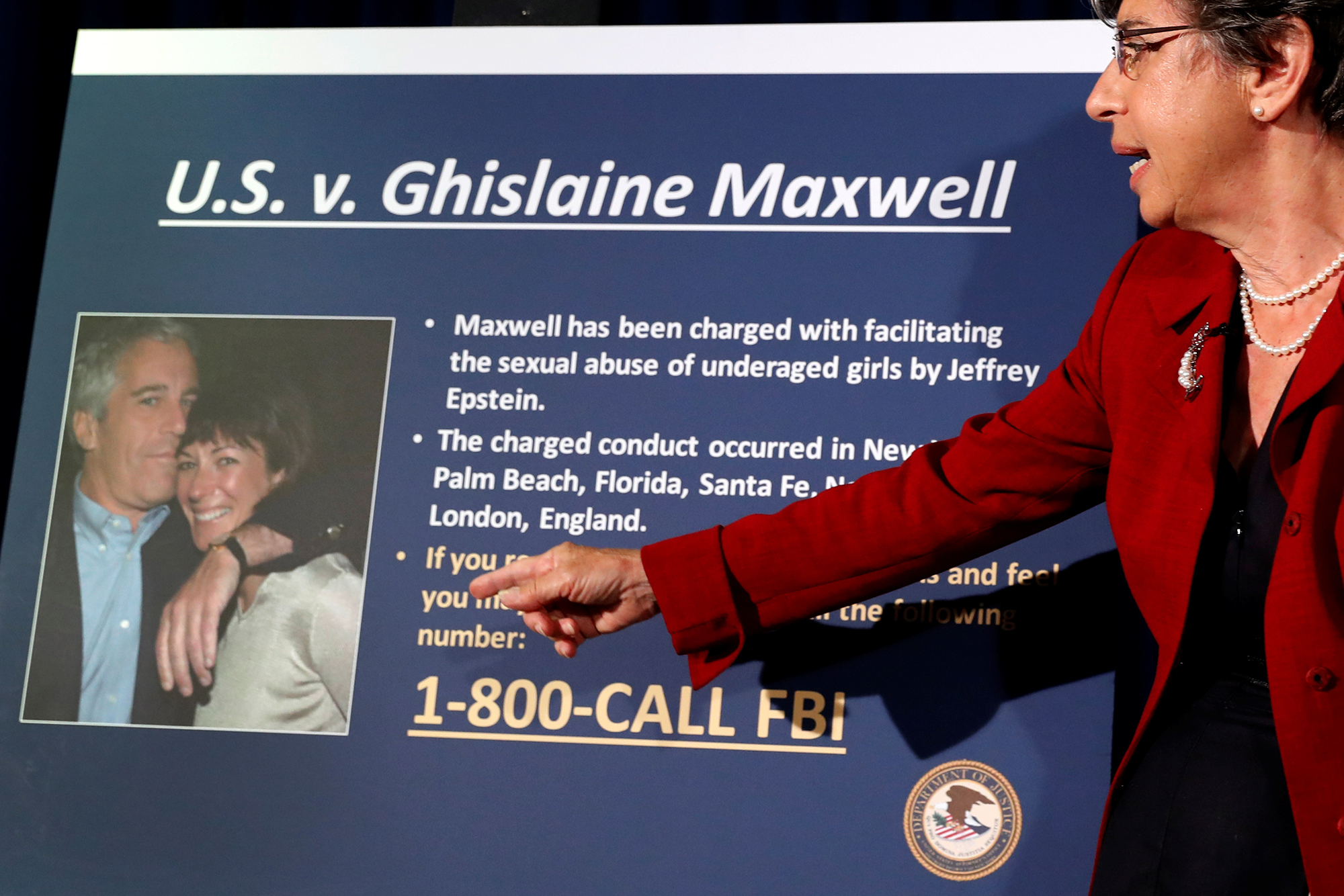 She befriended girls by asking about their lives and taking them shopping or to the movies.

But Ghislaine Maxwell’s motives for cultivating the friendships were dark — she was grooming the teens to be abused by her ex-boyfriend and best buddy, the late financier Jeffrey Epstein, federal prosecutors say.

Once she developed a rapport with an underage girl, Maxwell, 58, “would try to normalize sexual abuse,” according to the 18-page indictment she was charged with Thursday.

The British socialite would allegedly do this by stripping in front of the minors, discussing sexual topics or being present when the teens were undressed.

She was also there when the girls interacted with Epstein, putting them at ease “because an adult woman was present” — but then encouraging them to give the pedophile massages that often ended with the teens being sexually abused by both him and her, according to the feds and accusers.

Maxwell allegedly encouraged the victims to accept Epstein’s offers to help pay for their travel or educational opportunities to make them feel indebted to the perverted pair.

“Through this process, Maxwell and Epstein enticed victims to engage in sexual activity with Epstein,” the indictment states.

It’s not clear exactly where Maxwell met the children. Epstein accusers who have spoken out publicly have said the heiress would hand her number out to girls outside schools or prowl around Central Park looking for young prey.

The three victims that Maxwell is charged with helping Epstein abuse between 1994 and 1997 were as young as 14 when they got caught in her web.

Here’s the case against Maxwell, as laid out by prosecutors:

The first victim in the complaint met Maxwell when she was 14.

Maxwell befriended the girl by inquiring about her school, classes and family. She also took her on outings to stores or the movies.

She “sought to normalize inappropriate and abusive conduct,” including by undressing in front of the girl.

Within a year, Epstein began abusing the minor, and “Maxwell was present for and involved in some of this abuse,” prosecutors allege.

In particular, the socialite would take part in “group sexualized massages” of Epstein with the teen, during which either she or the girl would engage in sex acts with the creep.

The couple also allegedly encouraged the minor to travel to the financier’s Upper East Side mansion from Florida in 1996 in order to sexually abuse her.

The second victim in the complaint was under 18 in 1996 when she interacted with Maxwell at Epstein’s ranch in New Mexico.

She had flown to the sprawling Santa Fe residence from out of state at Epstein’s invitation.

Epstein had invited her “for the purpose of being groomed for and/ or subjected to acts of sexual abuse,” the complaint states.

During the trip, the adults took the girl shopping and to a movie, and Maxwell chatted her up.

Though she knew the girl was a minor, Maxwell “began her efforts to groom [her] for abuse by Epstein.”

This included allegedly giving the child an unsolicited rubdown when the girl was topless and encouraging her to give Epstein massages.

In London, between 1994 and 1995, Maxwell befriended the third victim, knowing the girl was underage.

Among other things, they discussed the minor’s life and family before Maxwell allegedly took her to meet Epstein on multiple occasions.

During those interactions, Maxwell allegedly would push the teen to massage Epstein, though she was aware “that Epstein would engage in sex acts with Minor Victim – 3 during those massages.”

The girl gave the requested rubdowns and was sexually abused during them, the complaint states.

Coronation Street’s Melissa Johns breaks down in tears after being unable to open coronavirus...

Cristiano Ronaldo splurged £615k on engagement ring for Georgina Rodriguez – the most expensive...

Teaching assistant had sex with student, 14, at school for kids...