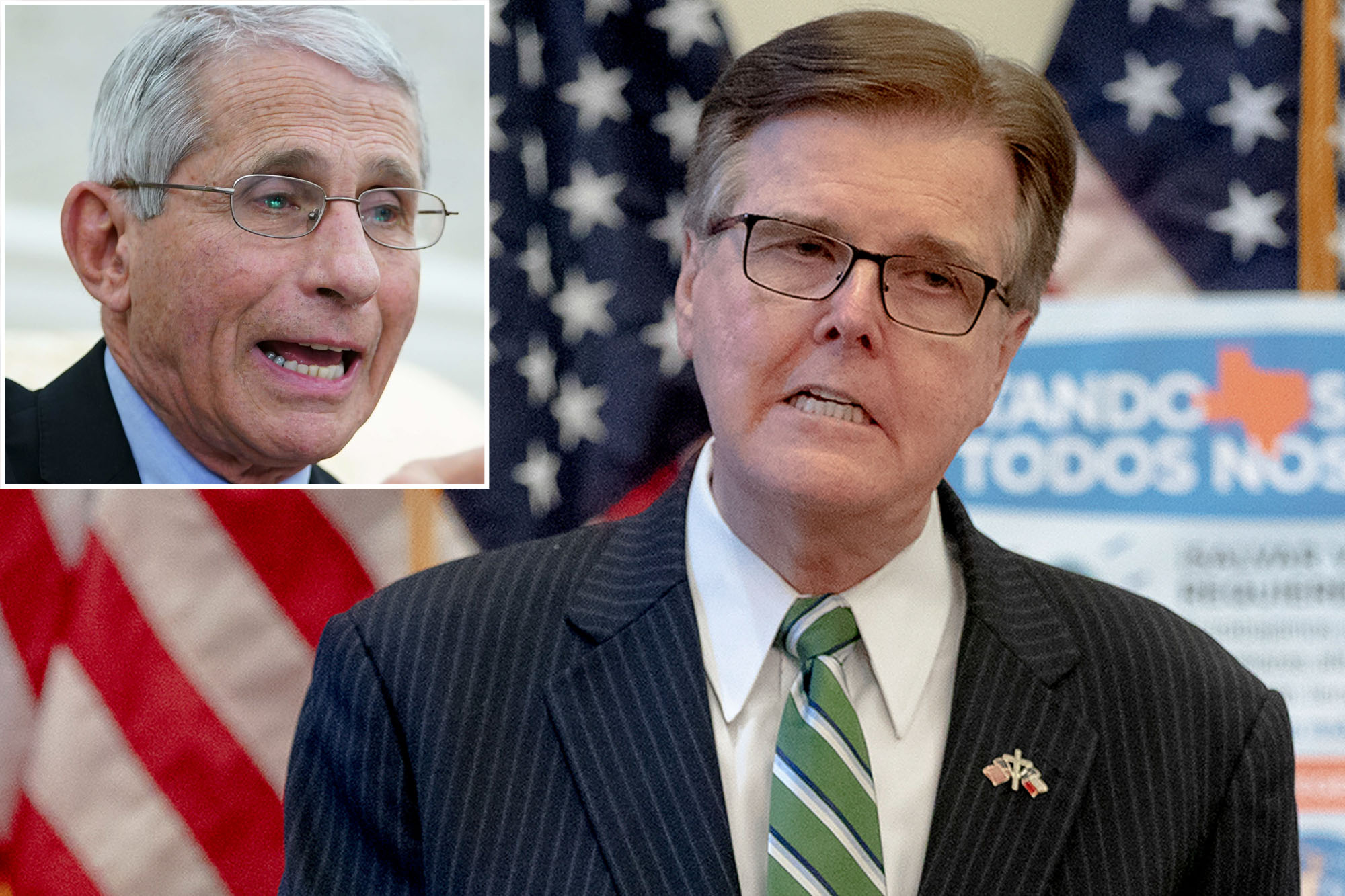 Texas Lt. Gov. Dan Patrick said this week that he will stop listening to Dr. Anthony Fauci — who he claimed “doesn’t know what he’s talking about” amid a recent uptick in new coronavirus cases in the Lone Star State.

“Fauci said today that he’s concerned about states like Texas that skipped over certain things,” Patrick said during a Tuesday evening appearance on Fox News’ “The Ingraham Angle.”

“He doesn’t know what he’s talking about. We haven’t skipped over anything. The only thing I’m skipping over is listening to him.”

He was referring to comments made by the country’s leading infectious disease specialist earlier in the day during a Senate hearing, in which he suggested that some states reopened too soon.

“We’ve got to make sure that when states start to try and open again, they need to follow the guidelines that have been very carefully laid out, with regard to checkpoints,” Fauci said, according to the Texas Tribune. “What we’ve seen in several states are different iterations of that, perhaps maybe in some going too quickly and skipping over some of the checkpoints.”

The “checkpoints” refer to criteria that states are encouraged to satisfy related to case numbers, testing and hospital capacity, before gradually reopening their economies.

But Patrick declared that Fauci, part of the White House coronavirus task force, “has been wrong every time, on every issue.”

Last week, amid a recent rise in new infections, Abbott ordered bars in the state to close and restaurants to go down to half capacity.

As of Thursday afternoon, Texas had reported 172,486 confirmed cases of COVID-19 and at least 2,503 deaths, according to Johns Hopkins University.

How your COVID risk can be revealed by checking your skin – do you...

Michael Bloomberg pays fines for 32K Florida felons so they can...

Knowns and unknowns of confirmation politics