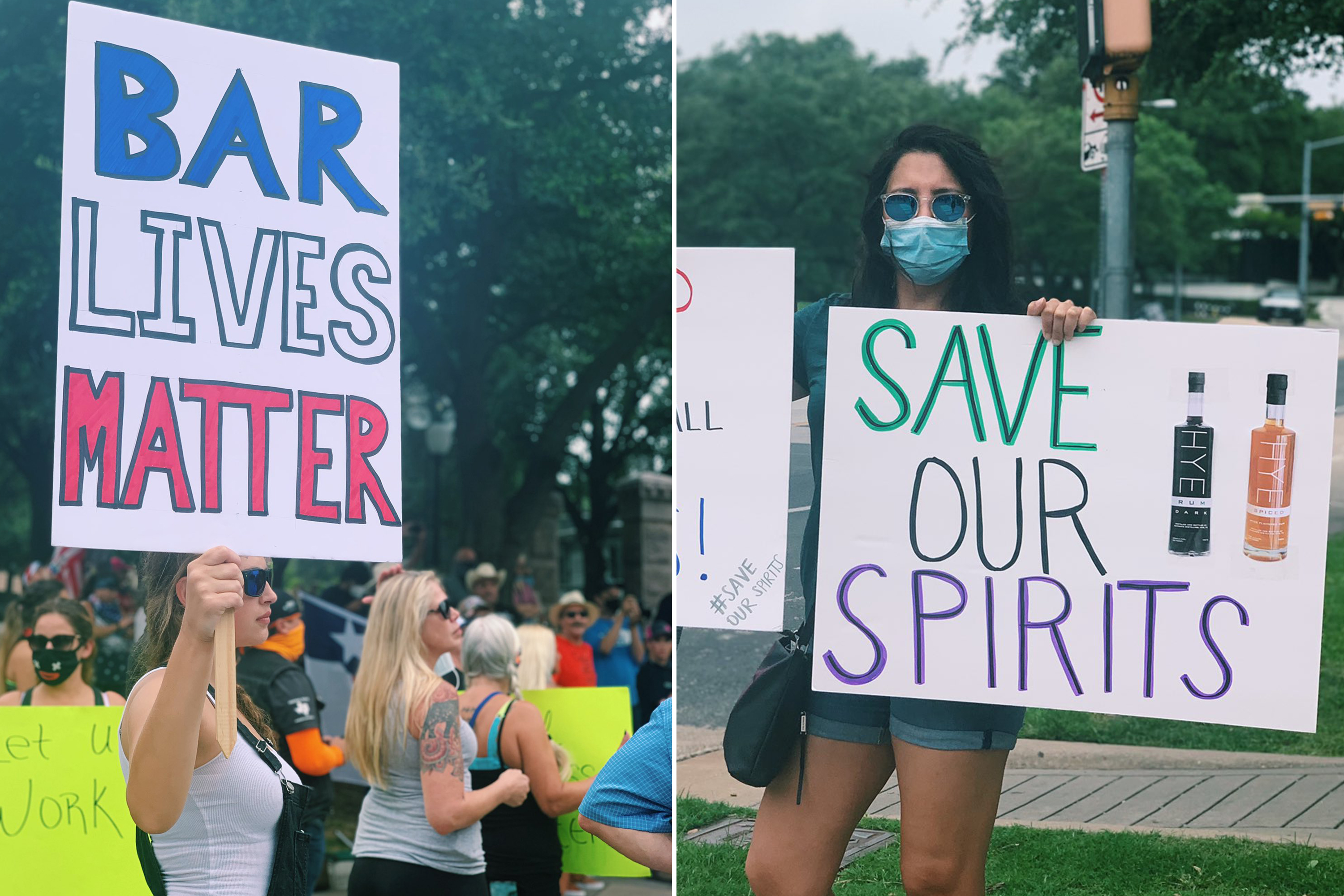 Bar owners in Texas staged a protest in reaction to the state’s order to shut them down for a second time due to the coronavirus, reports said.

Parker, whose establishment is in Kilgore, Texas, roughly two hours south of Dallas, is already suing Texas Gov. Greg Abbot over the bar closures — which he claims are devastating his livelihood and forcing many of his peers into bankruptcy, according to CBS Austin.

“This one individual is picking and choosing winners and losers,” Jared Woodfill, an attorney for Parker, told the outlet. “Gov. Abbott has chosen to sentence bar owners to bankruptcy.”

As a part of its most recent coronavirus order, Texas did not close down or limit capacity at other businesses — like hair salons, tattoo parlors, and nail studios. The order did require restaurants to operate at 50 percent capacity.

“You can’t tell me that my tiny little bar is the problem. He’s the problem,” Parker previously told the Washington Post. “He’s targeting us, and it’s discrimination.”

Parker also organized a ‘Bar Lives Matter’ protest last week at the Machine Shed, and is planning to host another at the state Capitol on Sunday.

Texas has seen a record number of cases since the state’s reopening earlier this year. The state currently has 160,000 confirmed cases and 2,424 deaths from COVID-19.

Alex Jones' co-host steps in as she fights back tears over emotional The One...