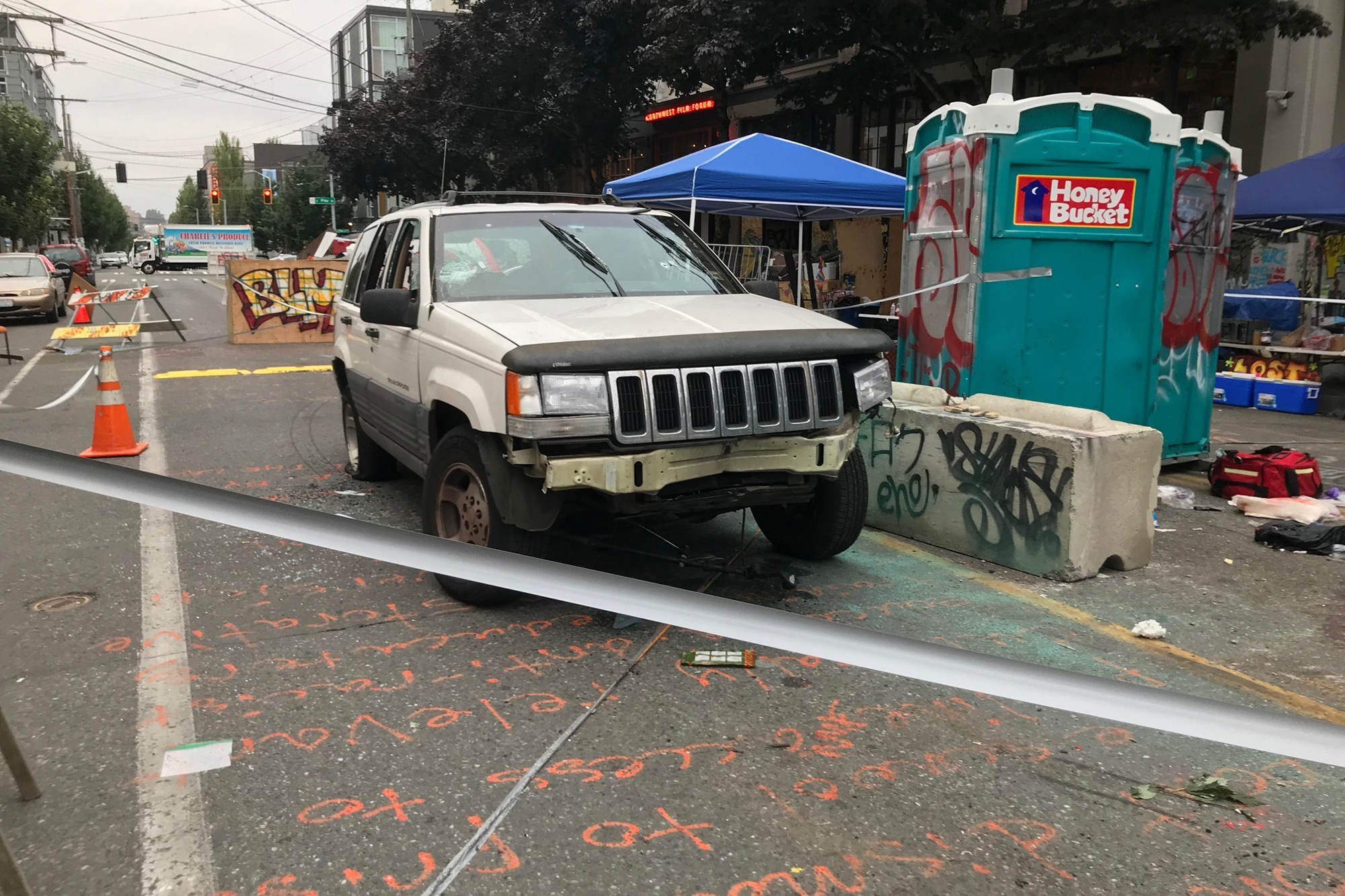 Witnesses said they had spotted a white Jeep Cherokee SUV, near one of the makeshift barriers around the protest zone, just before gunfire erupted at around 3 a.m., according to Seattle Police.

Callers to 911 reported several people firing into the vehicle.

Neither the 16-year-old, or, a 14-year-old boy also wounded in the shooting, were immediately identified by name.

The 16-year-old was pronounced dead at Harborview Medical Center. The younger teen was hospitalized for gunshot injuries and was reported in critical condition.

It appeared the crime scene was tampered with following the shooting, cops said.

“Our homicide detectives searched the Jeep for evidence but there wasn’t much we could find,” Seattle Police Chief Carmen Best said.

“It’s abundantly clear to our detectives that people had been in and out of the car after the shooting.”

Detectives are relying on witnesses to figure out what happened, but Best said that, as with the other shootings in the area, “people are not being cooperative with our requests for help.”

The violence occurred just over a week after another shooting in the zone, dubbed CHOP, left a 19-year-old man dead and a 33-year-old man wounded.

“Enough is enough,” Best told reporters. “We need to be able to get back into the area.”

Protesters have occupied several blocks around the Seattle Police Department’s deserted East Precinct and a park for about two weeks.

The precinct was abandoned following standoffs and clashes with demonstrators calling for racial justice and an end to police brutality.

But the violence is clouding the message the protesters aim to promote, the police chief said.

“Two African American men are dead, at a place where they claim to be working for Black Lives Matter,” Best said. “But they’re gone, they’re dead now.”

Baby, 1, and toddler brother, 3, die in hot car after ‘climbing into vehicle...

How to keep your house cool in hot weather

Conor McGregor slams UFC for ‘f***ed up’ decision to leave him...

We’ll never regret not having kids – we’re not all programmed...