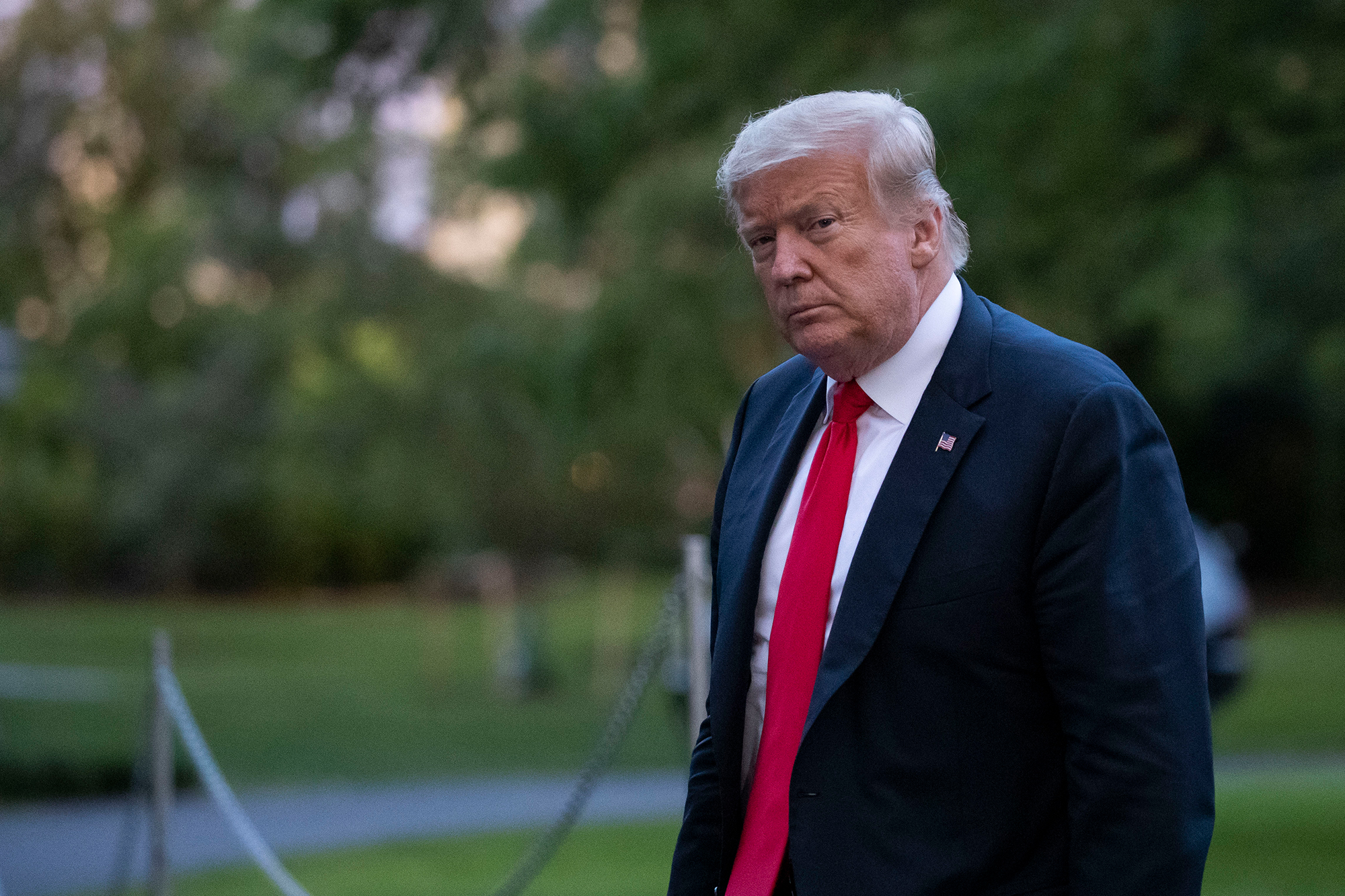 WASHINGTON — The Supreme Court is expected to decide as soon as this week whether President Trump can keep his tax returns and other financial records under wraps.

Manhattan District Attorney Cy Vance is also seeking eight years of the president’s tax returns as part of his probe into whether Trump made hush-money payments to several women — including adult film star Stormy Daniels — ahead of the 2016 election.

Trump has repeatedly denied those allegations. And the president has made repeated attempts to block the legal challenges which threaten to make public his financial dealings — suing two of his financial institutions, Capital One and Deutsche Bank, to stop them from handing his records over to Democrats.

In their April 2019 suit, the president and his children maintained that the investigations into his financial dealings were a partisan stunt by his political rivals.

“Their goal is to rummage around Plaintiffs’ private financial information in the hope that they will stumble upon something they can expose publicly and use as a political tool against the President,” the suit stated.

Trump’s lawyers also tried to block the subpoena from Vance’s office, suing the Democratic New York DA and arguing that prosecutors cannot seek records from his longtime accounting firm Mazars while the president is still in office.

They filed with the Second Circuit Court of Appeals, which sided with both Vance and the House Democrats, ruling that they were within their right to seek the president’s financial records.

Trump’s legal team then took the matter to the Supreme Court, the highest legal authority in the US.

It’s unclear how Supreme Court justices will vote but in a May hearing the powerful bench suggested they would send the case back down to a lower court, indicating that the president’s tax returns might not be made public before the November election, if at all.

Chief Justice John Roberts recognized Congress had the right to issue subpoenas while Justice Brett Kavanaugh, Trump’s pick for the court, advocated for the president and said his office needed to be protected.

Lawyer Patrick Strawbridge, who is representing the president, said the demands from Congress were akin to “harassment” and infringed on Trump’s ability to perform his duties.

Jay Sekulow, another of the president’s lawyers who is representing him in the Vance case, argued that Trump should be immune from criminal investigations while he is office, lest other prosecutors with political agendas decide to bring partisan legal action against the president.

Likewise, Jeffrey Wall, a solicitor general who is representing the Justice Department, accused the House of trying to intrude in Trump’s personal life.

“The potential to harass and undermine the president and the presidency is plain,” Wall told the Supreme Court in May.

However, Vance noted that Richard Nixon was also the subject of a criminal investigation while he was a sitting US president and argued Trump was no different.

Trump’s financial and business dealings have been scrutinized for years, with Democrats accusing him of profiting off the presidency in his dealings with foreign governments and through encouraging diplomats and secret service agents to stay in his hotels in both the US and around the world.

A Supreme Court decision on the president’s long-running legal woes are expected within the next week as the powerful legal authority hears a number of high-profile matters before its summer break. The decision could extend into next week, however, as the court’s session started late due to the coronavirus pandemic.

Justice Ginsburg to lie in repose at Supreme Court on Wednesday, Thursday

CDC privately admitted it failed to track coronavirus months ago

Covid alert levels: How does the UK system work and what...