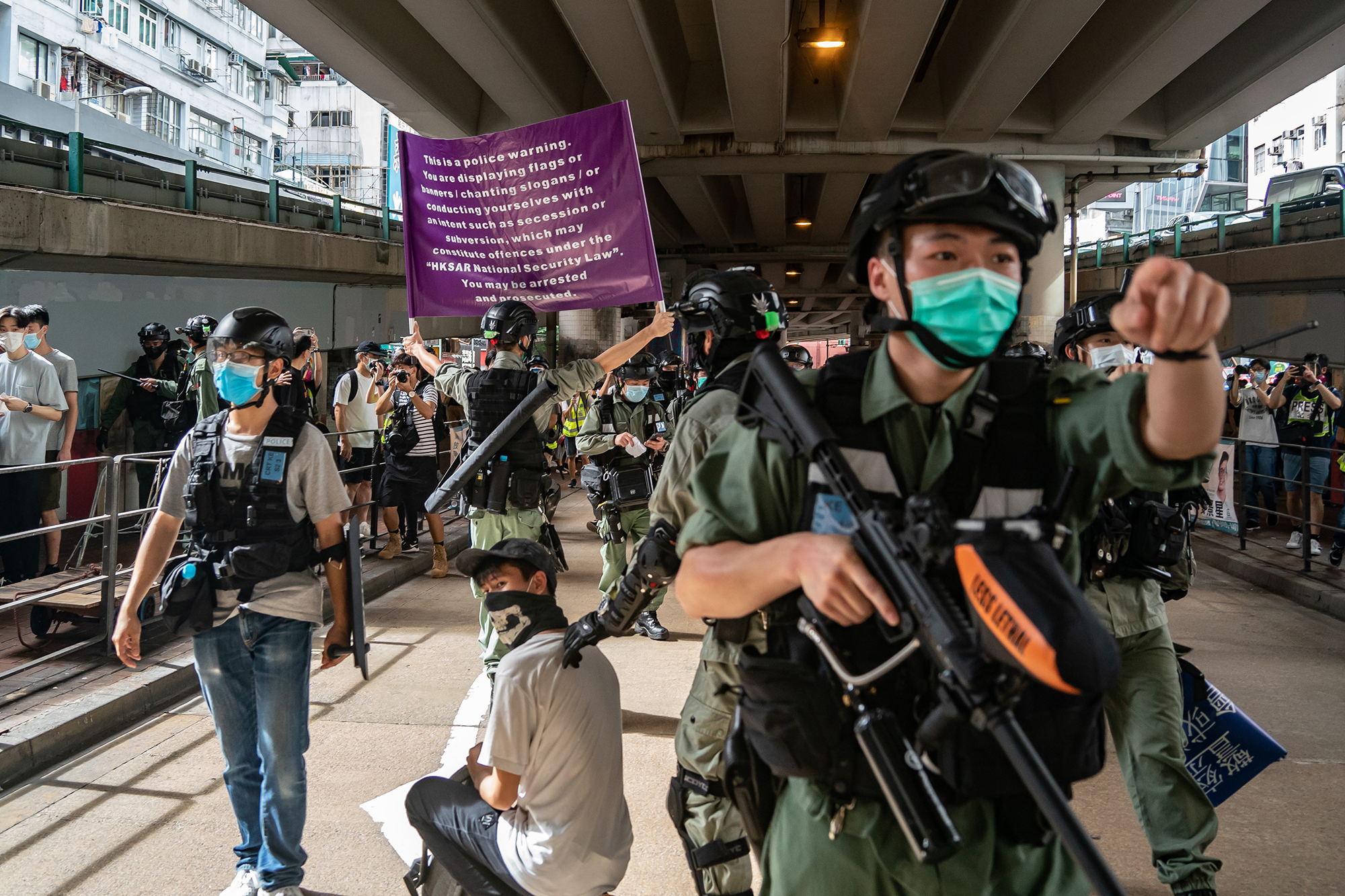 WASHINGTON — The US Senate on Thursday voted to pass a sanctions bill punishing China after the Communist regime enacted a national security law which effectively strips Hong Kong of its autonomous status.

The bill, which now heads to President Trump’s desk, will authorize the Treasury Department to identify Chinese banks and financial firms which enable the Communist Party regime, and punish them by restricting their access to the US dollar and visas for their executives.

“If a Chinese bank decides they value doing business with the oppressors more than they value access to the U.S. dollar … then they can make that decision,” Sen. Pat Toomey (R. Pa) told reporters after the vote, per a Politico report.

China’s parliament in May passed sweeping national security legislation which grants Beijing broad powers to crack down on political protests in the region which has long enjoyed a degree of independence from mainland China as an international financial hub.

The sanctions are all but certain to be signed into law by the president who last month issued a sharp rebuke of China’s actions in Hong Kong.

“Hong Kong was secure and prosperous as a free society. Beijing’s decision reverses all of that,” Trump said at a May 29 press conference in the White House Rose Garden.

“It extends the reach of China’s invasive state security apparatus into what was formerly a bastion of liberty,” he added.

The sanctions are the last example of worsening relations between the US and China, with the Trump administration accusing the CCP of covering up the origins of the coronavirus and allowing it to spread overseas.

Coronavirus impossible to stop ‘until most of world is infected’ and now out of control in many countries, expert warns

Jon and Kate Gosselin’s daughter Mady, 19, says she ‘cries at least once a day on a good day’ as family feud rages on

US sends armored vehicles to Syria amid fears of ISIS resurgence