SEBASTIAN VETTEL has revealed that Ferrari refused to even offer him a contract ahead of the four-time F1 world champion’s departure from Maranello.

The Italian team confirmed during the coronavirus pandemic shutdown that Vettel, 32, will move on at the end of the 2020 campaign.

Ahead of the season finally getting underway in Austria this weekend, the German was asked where his negotiations with Ferrari had come unstuck.

And he stunningly revealed that no such talks had ever taken place.

Vettel stated: “There was no sticking point.

“It was obviously a surprise to me when I got the call from Mattia [Binotto, team principal], when he told me that there was no further intention from the team to continue.

“We never got into any discussions, there was never an offer on the table and therefore, there was no sticking point.”

The former Red Bull star has failed to win a world championship during his five seasons with Ferrari, having twice finished as runner-up to Lewis Hamilton.

most read in sport

SHE'LL BE BACK, BABY


Rollins reveals when fiancee Lynch will return to WWE after pregnancy

Carlos Sainz will replace him next year and attention has turned to where Vettel may be able to find a seat.

A mega link-up with Hamilton has been dismissed by Mercedes incumbent Valtteri Bottas and a move over to Renault has also been touted.

However, Vettel insists that he is yet to discuss a move with any other team in the F1 paddock.

He noted: “At the moment, I am not having any talks [with other teams].” 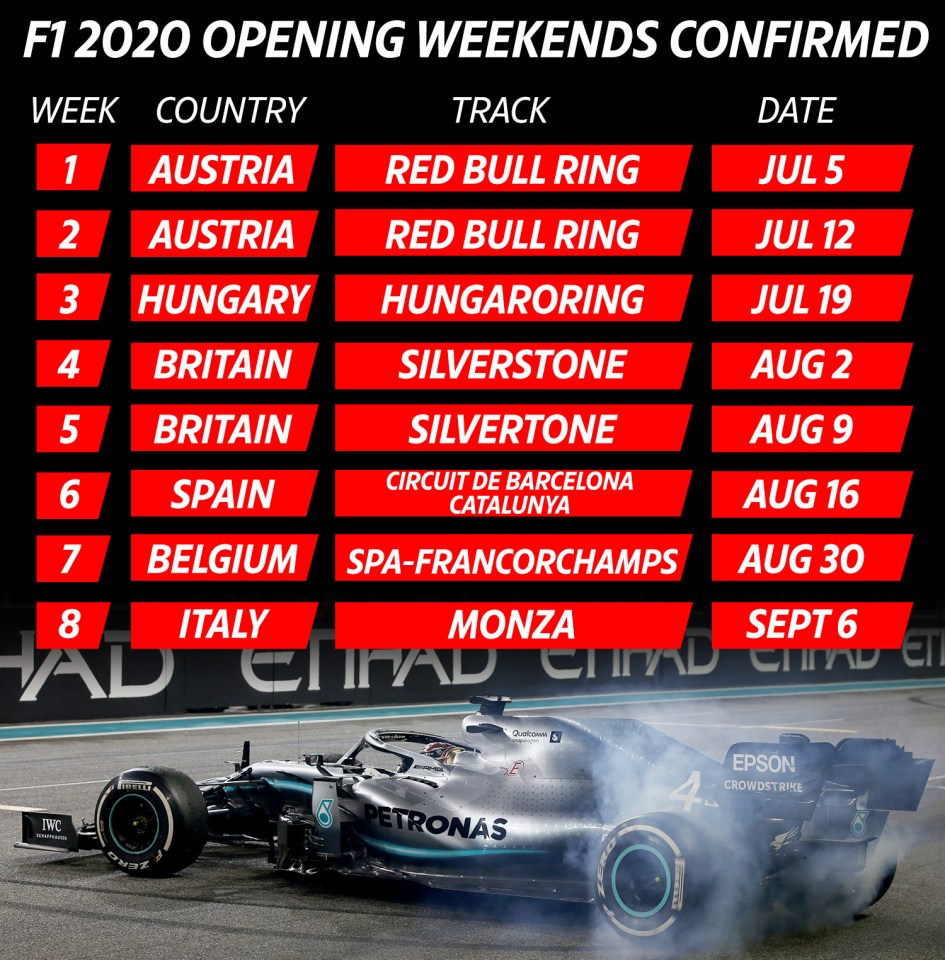 Where NYC COVID-19 patients are treated may determine death risks

Up to ONE-THIRD of all coronavirus antibody tests may come back as false negatives, study finds