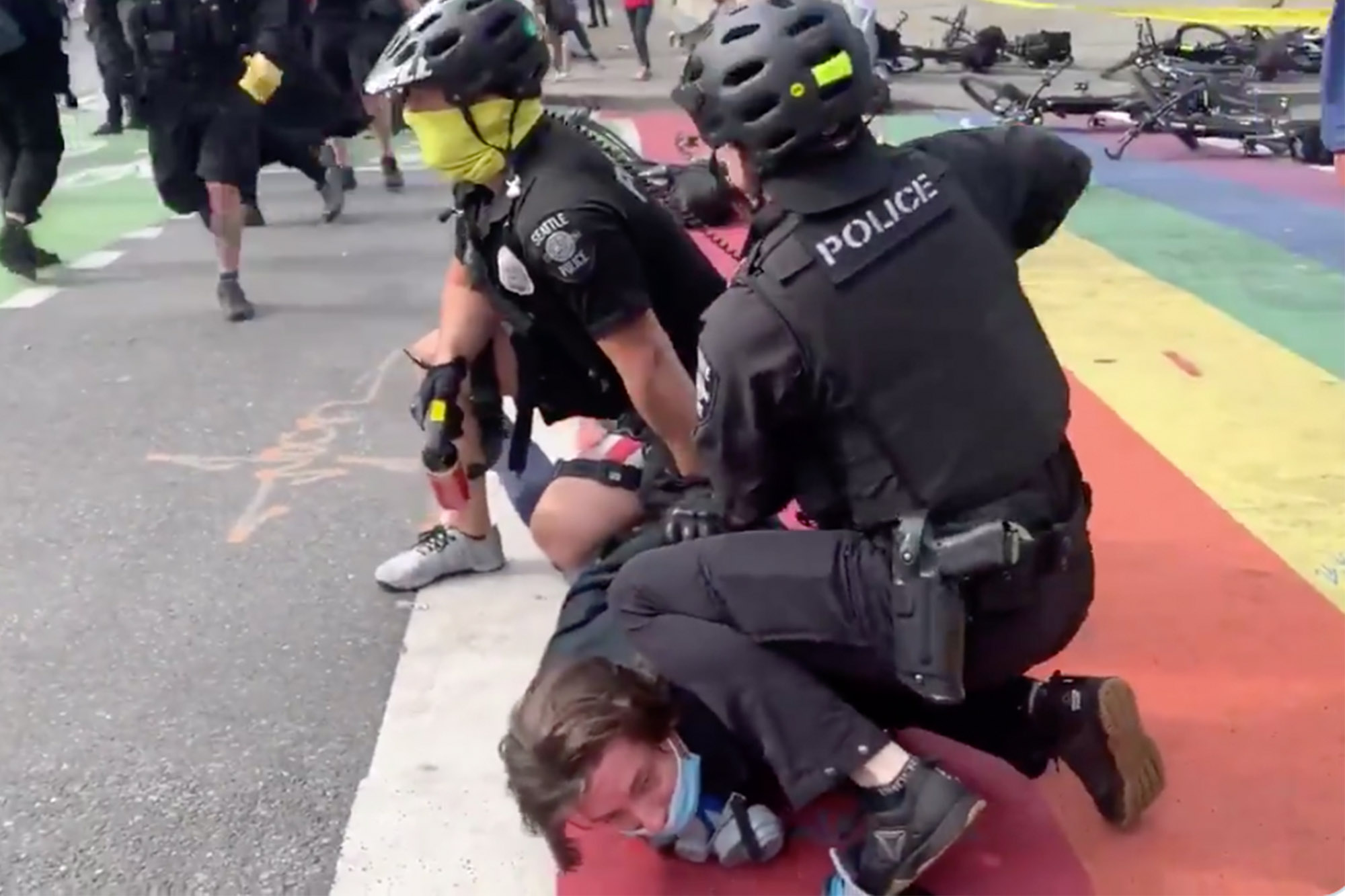 Seattle cops were filmed kneeling on the necks of two protesters as they tried to clear the city’s Capitol Hill Organized Protest zone on Thursday — just weeks after George Floyd died under the same circumstances.

In one video shared online, a dozen police officers can be seen rushing on the group of demonstrators before tackling one person to the ground and detaining them using the same kind of force which has since been condemned by police departments across the country.

Protesters can be heard yelling and telling the officers to get their knee of the person’s neck.

“What the f—, man?! What in the f—?!” one person in the crowd yells, according to the clip obtained by the Daily Mail.

“Get your knee of their neck!” another person repeatedly pleads. “What did they do?”

Seattle authorities on Wednesday finally moved in and cleared the lawless protest zone, or “CHOP,” after weeks of squatting and violence which resulted in the shooting death of two teens.

But by Thursday, more activists had returned to the downtown area and crossed the police line, resulting in the arrest of more than 25 people, according to authorities.

“You cross the line, you get arrested,” one officer can be heard telling the protesters as they hurled abuse at the police.

In another clip posted online, one demonstrator arrested earlier Thursday can be heard pleading with an officer who also pinned him to the ground by pressing his knee into his neck.

“Can you please not put your knee on his neck?” the man can be heard yelling.

“Can you take your f—ing knee off my neck, dude?” he continued.

At least 40 people were arrested on Wednesday when Seattle Mayor Jenny Durkan finally issued an order for demonstrators to clear the area after protesters moved in on June 8 in the wake of Floyd’s death and drove out police.

Seattle business owners have sued the city for allowing the squalid camp to flourish for weeks, arguing it decided to “abandon and close off an entire city neighborhood.”