Rescuers in Beirut knew Saturday they were racing against the clock to find anyone still alive four days after a massive chemical explosion rocked the city’s port, leaving a swath of the city in ruins.

They dug through the rubble of fallen apartment buildings and shops in the hopes that they wouldn’t have to add to the death toll of more than 150. Roughly 5,000 were injured in Tuesday’s explosion, including Hedwig Waltmans-Molier, 55, the wife of the Dutch ambassador to Lebanon. She died Saturday.

Walking through the streets while the rescuers worked were families carrying the coffins of their loved ones and small groups left homeless by the blast — 300,000 in all.

Handfuls of survivors waited outside the port, the last place where their relatives and friends had been seen. Dozens are still missing.

“We would like to go inside the port to look for my son, but we can’t get permission,” Elias Marouni told Reuters of his son, George, a 30-year-old army officer.

One woman had been so desperate to find her son that she called a prime-time television show, using her air time to plead for help from the government in finding him. He turned up dead only hours later.

A Polish rescue team sifted through pieces of cement blocks and metal scraps at a site where a three-story building once stood. A woman and her two teenage daughters didn’t get out before their apartment caved in, a neighbor told Reuters. 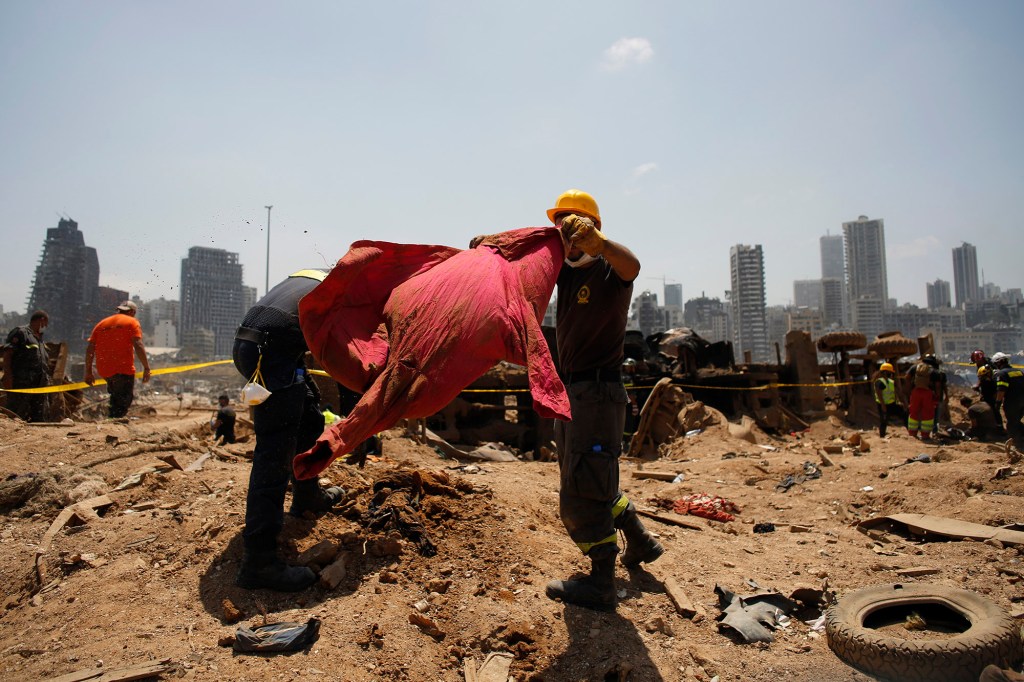 A rescue team worker removes a shirt from the debris on the site of this week’s massive explosion in the port of Beirut, Lebanon. 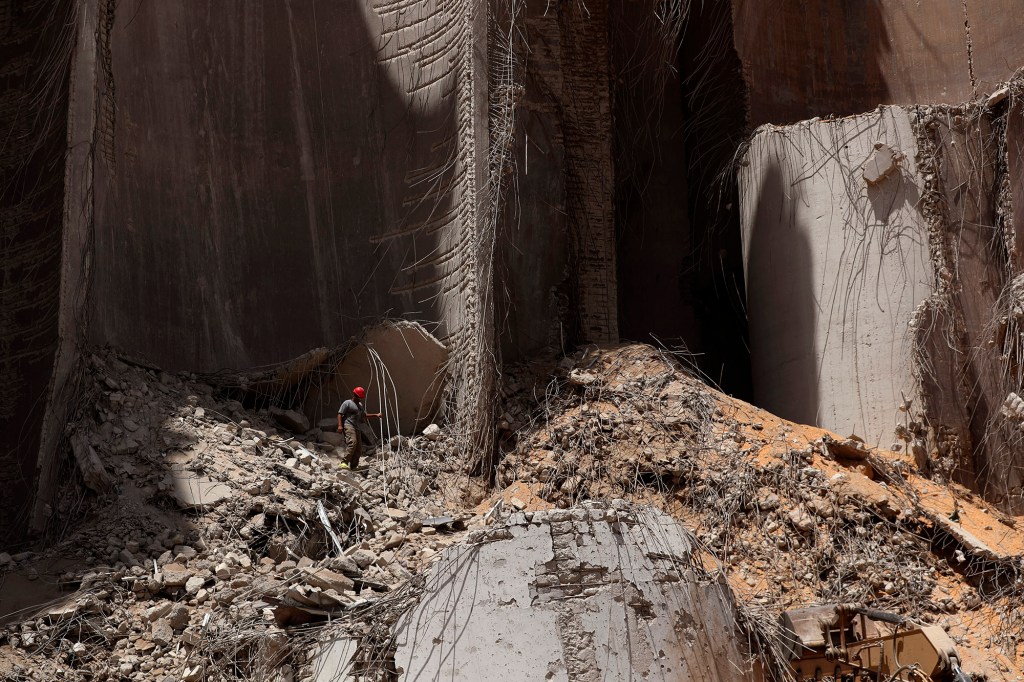 A rescue team worker walks along the destroyed grain silos in Beirut.

“You know you have an exclusion in the law. It…

Charbel Abreeni sat at a church, nearby a statue of the Virgin Mary stood headless. The blast took out his home and left him with a gash in his leg.

Abreeni, 62, knew many of those who died through his work as an employee trainer at the port.

“I know 30 port employees who died, two of them are my close friends and a third is missing,” he told Reuters.

Still, Abreeni knows he is one of the lucky ones, alive and not seriously injured.  Hospitals are overflowing, many left without windows and ceilings because of the blast.

Dr. Assem Al Hajj figures he has treated 400 victims at Beirut’s Clemenceau hospital. The suffering is so much more than what he witnessed during Lebanon’s blood civil war in the 1980s.

“I lived through part of the civil war. I saw people being shot in front of me,” he said. “But never has there been such a horror.”

Coronavirus update: The sign in a person’s hair that could signal COVID-19