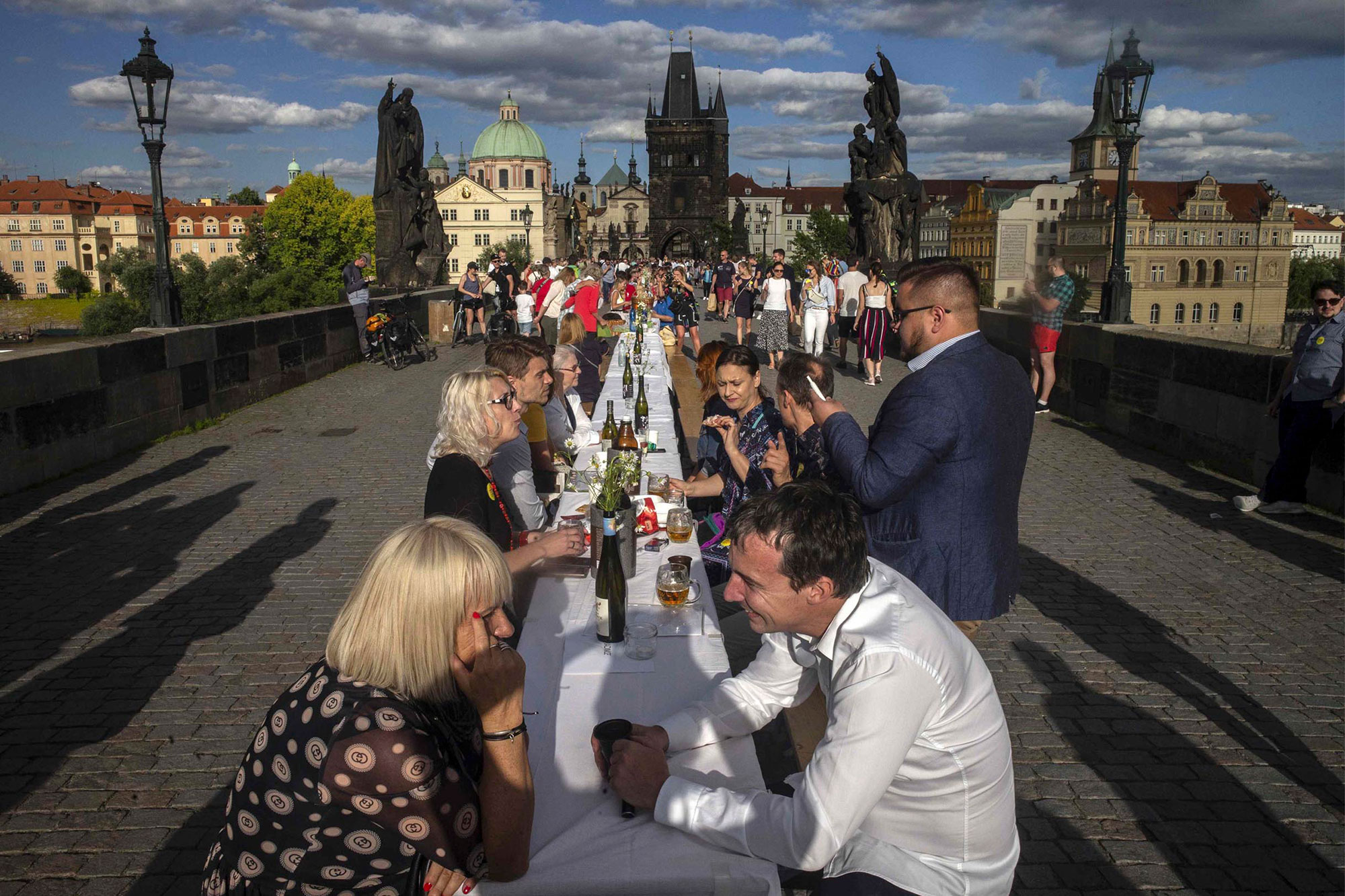 Prague went off-menu for this celebration.

People in the Czech capital broke bread together around a 1,600-foot table on Tuesday night to give the coronavirus pandemic a “symbolic farewell.”

Residents gathered at the massive table — set up along the famed 14th-century Charles Bridge — after the government eased restrictions on large gatherings.

“The bridge is a good metaphor, different people can gather,” said Ondrej Kobza, who cooked up the event.

Guests were invited to share drinks and food they brought around the table, which was covered in a white cloth and flowers.

The communal meal was “a kind of celebration, to show that we are not afraid, that we go out and we won’t be stuck at home,” Kobza told Reuters.

A country of around 10.7 million, the Czech Republic was among the first to institute strict restrictions designed to curb the outbreak in mid-March.

As of Wednesday, there had been 12,006 cases of the virus and 349 deaths in the nation, much fewer than its European neighbors, according to data compiled by Johns Hopkins University.

The government permitted mass gatherings of up to 1,000 people last week, and restaurants and bars have been allowed to serve people indoors for a month now.

Heart attack: The best juice to drink to lower your risk...