PORTUGAL is at extreme risk of being placed on the UK’s quarantine list today, after avoiding the restrictions last week.

Denmark has also been deemed ‘high risk’ for the new measures, to be announced later today.

Portugal is likely to be added to the quarantine list today, just weeks after it was taken off[/caption]

Both countries have jumped above 20 new daily cases per 100,000 people, using data from the European Centre for Disease Prevention and Control (ECDC) over the past seven days.

Portugal was only removed from the UK’s quarantine list on August 22, but has seen a jump in cases taking it past the ‘safe’ green zone for daily infections – overall cases are currently 61,541.

While Scotland and Wales have added the country to their travel restricted list, England is yet to follow suit – but it is expected to later today.

Denmark has also jumped into the red zone – while the country has just 18,607 cases, the daily infection rate has increased.

Quash Quarantine spokesperson Paul Charles told Sun Online Travel: “I fear Portugal will be added. It’s in the red zone, sitting at around 24.

“Scotland and Wales have added Portugal and for that reason I feel this week Downing Street will be adding it.” 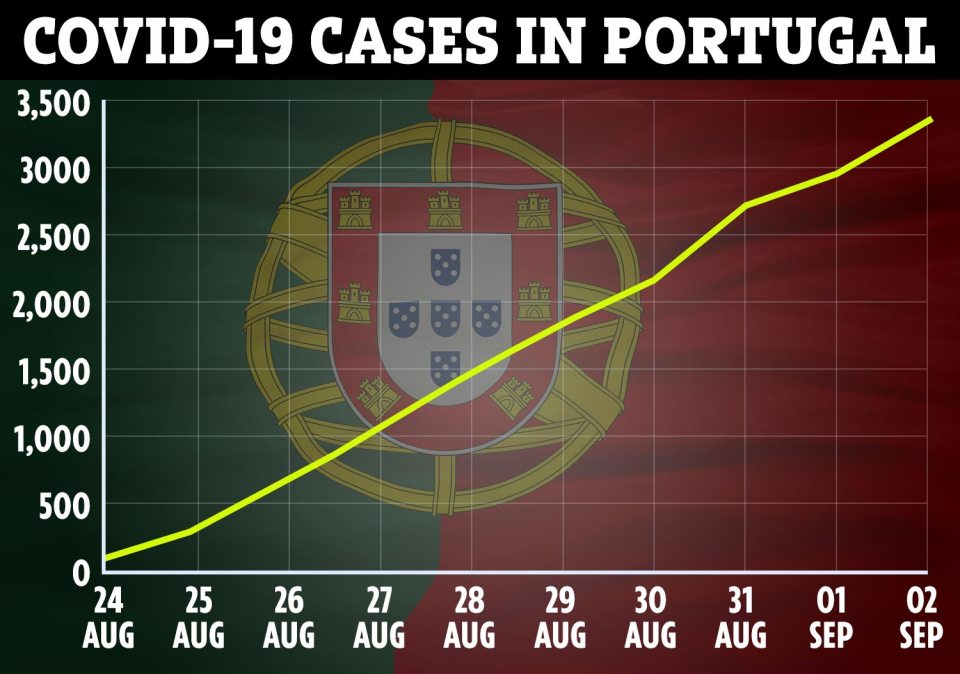 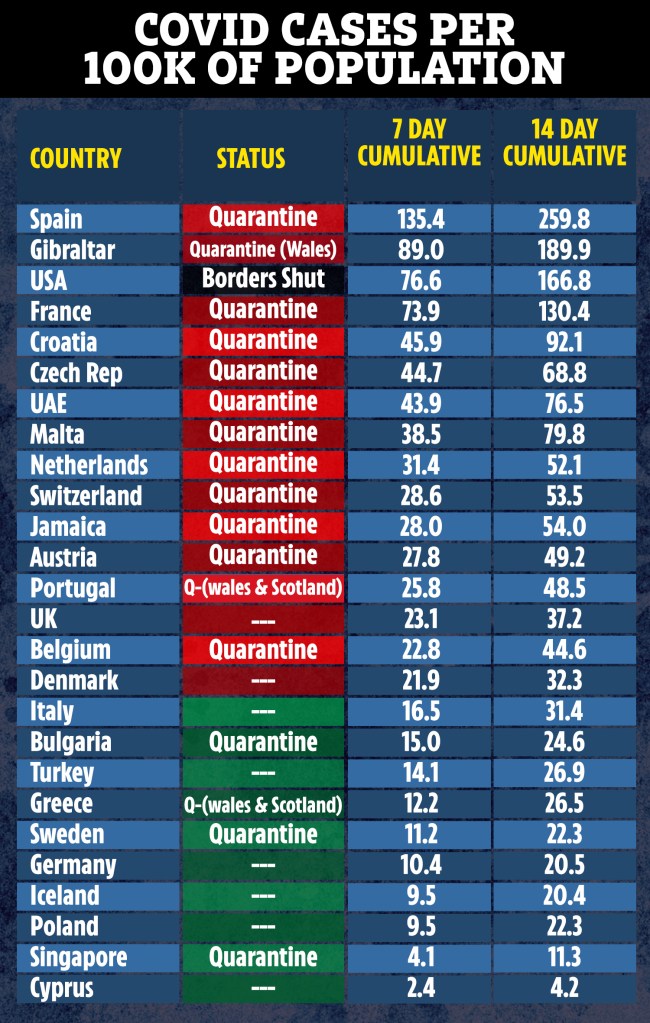 He added: “If they had done it last week, I think they would have been accused of a u-turn so quickly after taking it off the quarantine list.

“So this week with numbers where they are at, it would be hard for them not to add it to the list.”

While he admitted the country was doing more testing of the population, he warns Portugal is seeing a similar trajectory to France, on the ban list.

Mr Charles also said Denmark was likely to be added as it was “in the red zone due to its higher case numbers in recent days”.

The government may also look at the Portuguese islands as isolated cases when it comes to the new restrictions, having announced earlier this week a number of regional rules instead.

Greece was the first destination to see this implemented – just seven Greek islands are on the quarantine list, while others such as Corfu and Rhodes remain off it, along with mainland Greece.

Depending on case numbers, Madeira and the Azores may face different rules.

Transport Secretary Grant Shapps told Sky News this morning ahead of the quarantine announcements: “We’ll be able to look at islands in other places, notably the Portuguese and Spanish islands.”

Most read in News Travel


Benidorm in talks to create quarantine-free corridor for Brit holidaymakers

Croatia, Malta, the Netherlands and Malta have all been removed from the travel corridor list in recent weeks as well.

The UK government previously warned: “No travel is risk-free during this pandemic. Anyone travelling abroad should be aware that our travel advice and exemption list is under constant review as we monitor the international situation.”

Priti Patel plans weekly flights to take Channel migrants back to France, Germany and Italy with 1,000 already on list