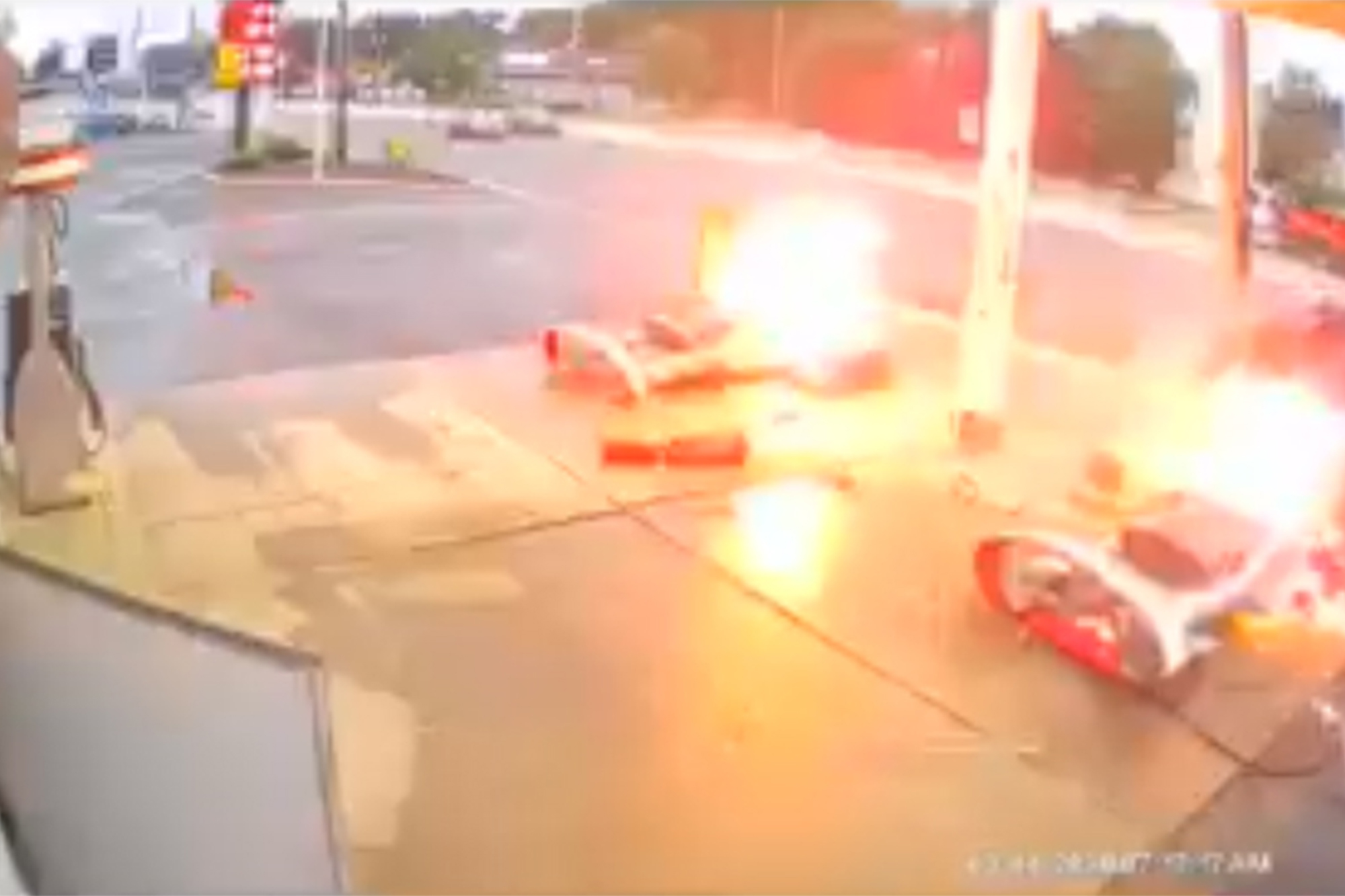 A New Jersey gas station was set ablaze Tuesday morning when a car propelled by the winds of Tropical Storm Isaias crashed into the business’ fuel pumps, causing them to explode.

Video taken by the gas station and later released by North Brunswick police shows a red car speeding down New Jersey’s Route 1, side-swiping another car before colliding with the pumps and starting the blaze.

“We are fortunate to say that there were no life-threatening injuries reported,” the North Brunswick Police Department wrote.

“Just a reminder to please use caution while driving, especially days like today.”

As of now, it is unclear if any charges have been filed in the incident.

“Do not be on the roads unless absolutely necessary. If you must drive, take it slow, use caution, and leave extra time to get to your destination,” Murphy wrote on Twitter.

Homeowners can make over £150 per month with this simple parking tip after staycation...

How to get the perfect celebrity smile from the comfort of your own home...

What is the McDonald’s Travis Scott meal and when is it on sale?