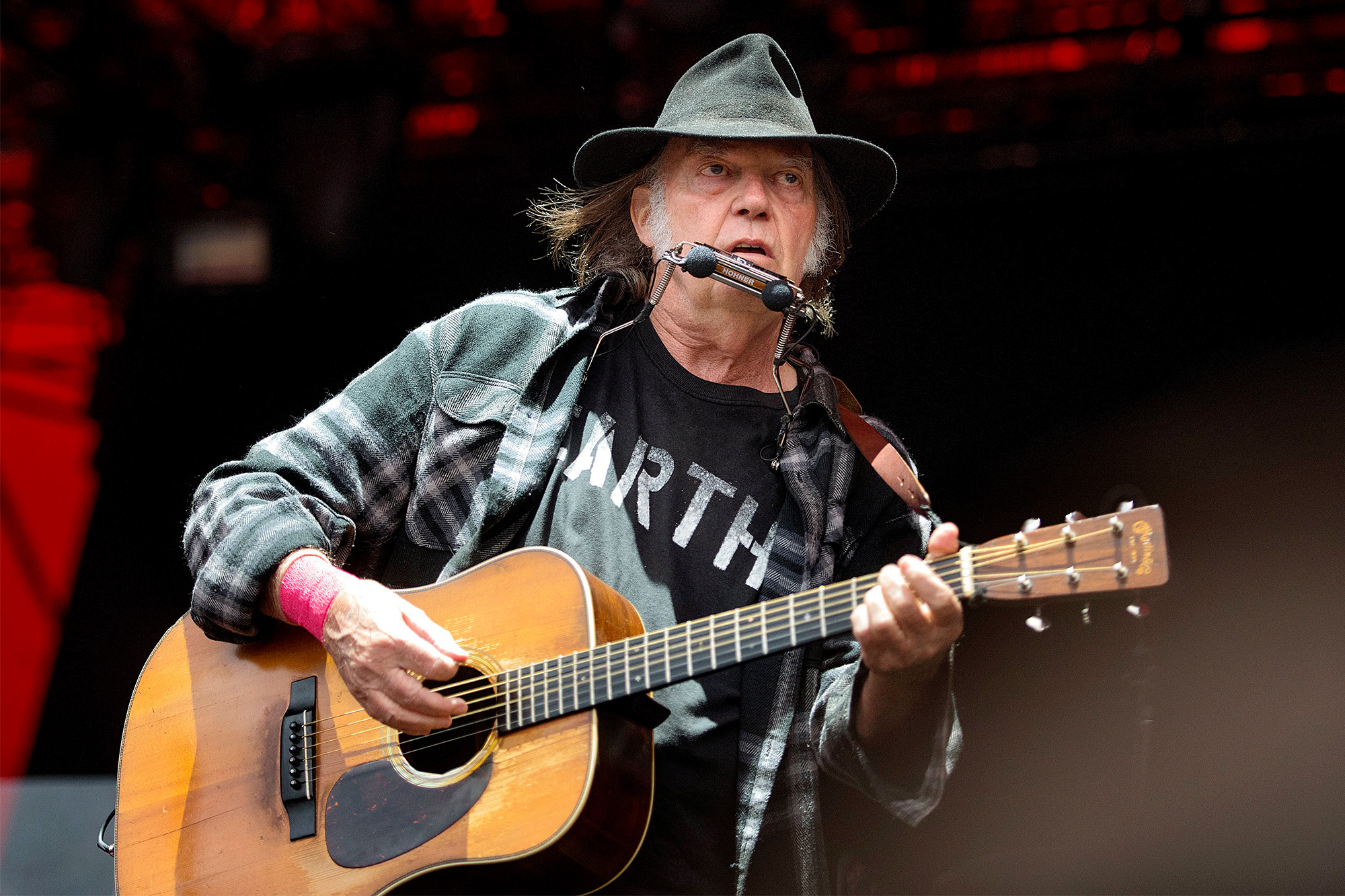 Neil Young is still upset that President Trump is using his music.

The aging Canadian rocker took to Twitter late Friday to condemn the use of his song “Rockin’ in the Free World” at Trump’s rally at Mount Rushmore.

Though the rally drew thousands of fans, the iconic American monument has been criticized in recent days by activists who have condemned the site as an affront — echoing Young’s critique.

“Mount Rushmore is a symbol of white supremacy, of structural racism that’s still alive and well in society today,” said Nick Tilsen, of the Oglala Lakota tribe and president of the activist nonprofit NDN Collective. “It’s an injustice to actively steal Indigenous people’s land then carve the white faces of the conquerors who committed genocide.”

Trump’s musical tastes are eclectic and his rallies have been known to feature numbers from the Rolling Stones and “Phantom of the Opera.”

It’s not the first time Young has complained about unauthorized use of his jams. Trump used the same song in 2015 during a now-historic speech in New York City, when he first announced his run for president.

“Donald Trump was not authorized to use ‘Rockin’ In The Free World’ in his presidential candidacy announcement,” a rep for Young said at the time. “Neil Young, a Canadian citizen, is a supporter of Bernie Sanders for President of the United States Of America.”

Justice Ginsburg to lie in repose at Supreme Court on Wednesday, Thursday

Trump again pushes wearing masks, saying he ‘believes in it’ in coronavirus briefing

Palestinian leader Abbas hits out at US deals; UAE says it...