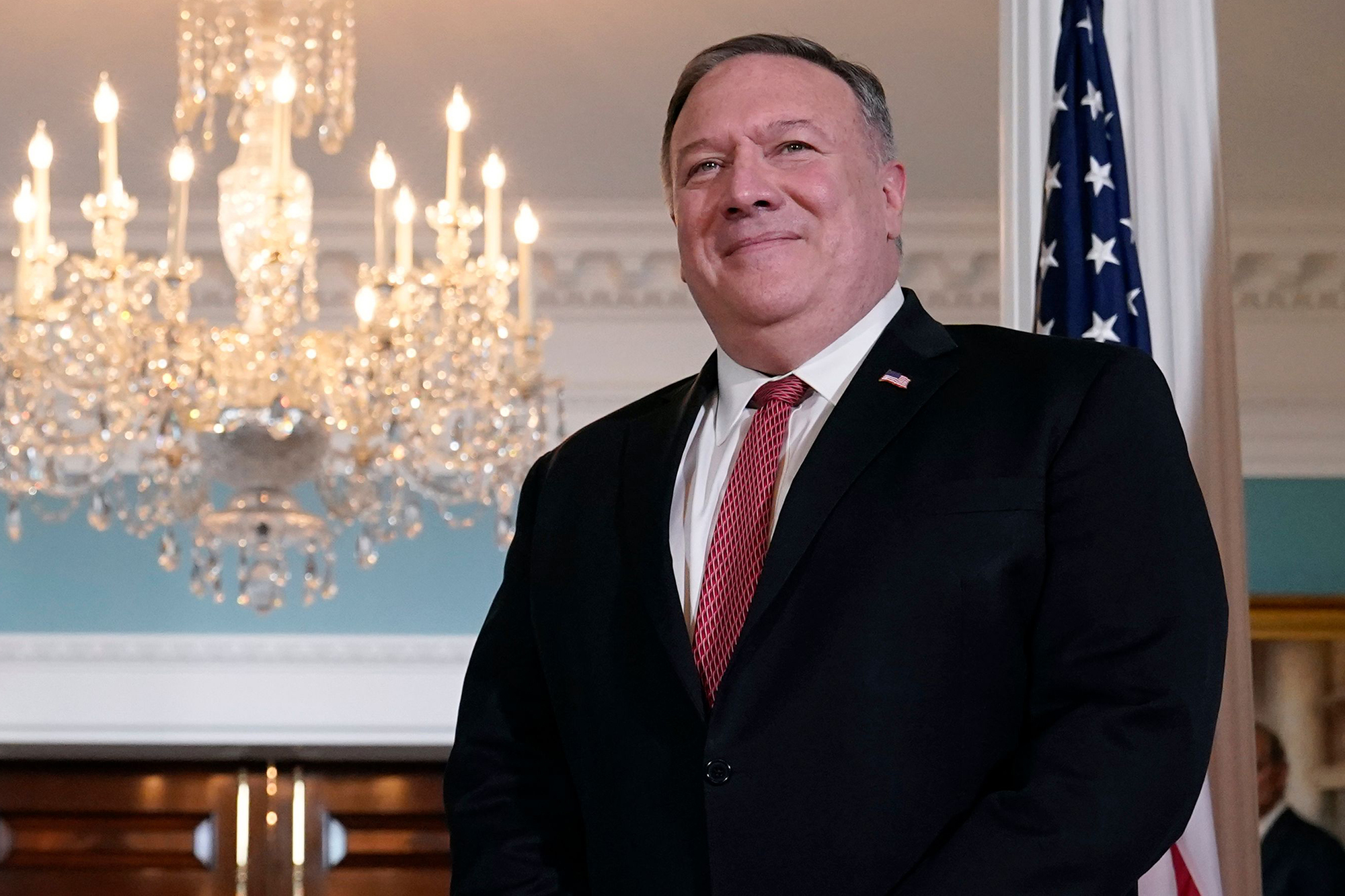 Secretary of State Mike Pompeo on Thursday urged Southeast Asian countries to review their ties to Chinese state-owned companies and stand up to Beijing’s bullying in the South China Sea.

“Don’t just speak up, but act,” Pompeo said in a virtual address to the summit of Association of Southeast Asian Nations.

“Reconsider business dealings with the very state-owned companies that bully ASEAN coastal states in the South China Sea. Don’t let the Chinese Communist Party walk over us and our people.”

The US has pushed back at China’s territorial claims in the disputed waterway by slapping sanctions last month on 24 Chinese companies for their roles in helping to build artificial islands in the South China Sea.

The State Department also said it would put visa restrictions on Chinese individuals aiding the Communist Party’s effort in the waterway.

The US in July also moved two aircraft carrier groups into the region to check Chinese military exercises.

“I know many of you were skeptical about the Trump administration and our intentions when we took office,” Pompeo told the gathering. “You should have confidence that America will be here in friendship to help you, just as we’ve been for the last three and a half years.”

Vietnam said it would back the US’ efforts to keep peace.

“We welcome the U.S.’ constructive and responsive contributions to ASEAN’s efforts to maintaining the peace, stability and developments in the South China Sea,” Vietnam Foreign Minister Pham Binh Minh said during the summit, Bloomberg News reported.

He said the militarization of the South China Sea “eroded trust and confidence, increased tensions and undermined peace, security and rule of law in the region,” without mentioning China by name.

Chinese Foreign Minister Wag Yi told the summit a day earlier that the US’ military moves in the region were for its “own political purposes” and said American is the “biggest driver of militarization of the South China Sea,” Bloomberg reported, citing statements by the foreign ministry.

Wang went on to say that the US is “the most dangerous factor that damages the peace in the South China Sea,” adding that any disputes should be solved by countries in the region.

Only one paramedic at scene of Manchester Arena bombing for first 40 minutes after...

Type 2 diabetes symptoms: The subtle warning sign on your feet you could easily...

ABP’s Bear Brown has a picnic with son River and ex...