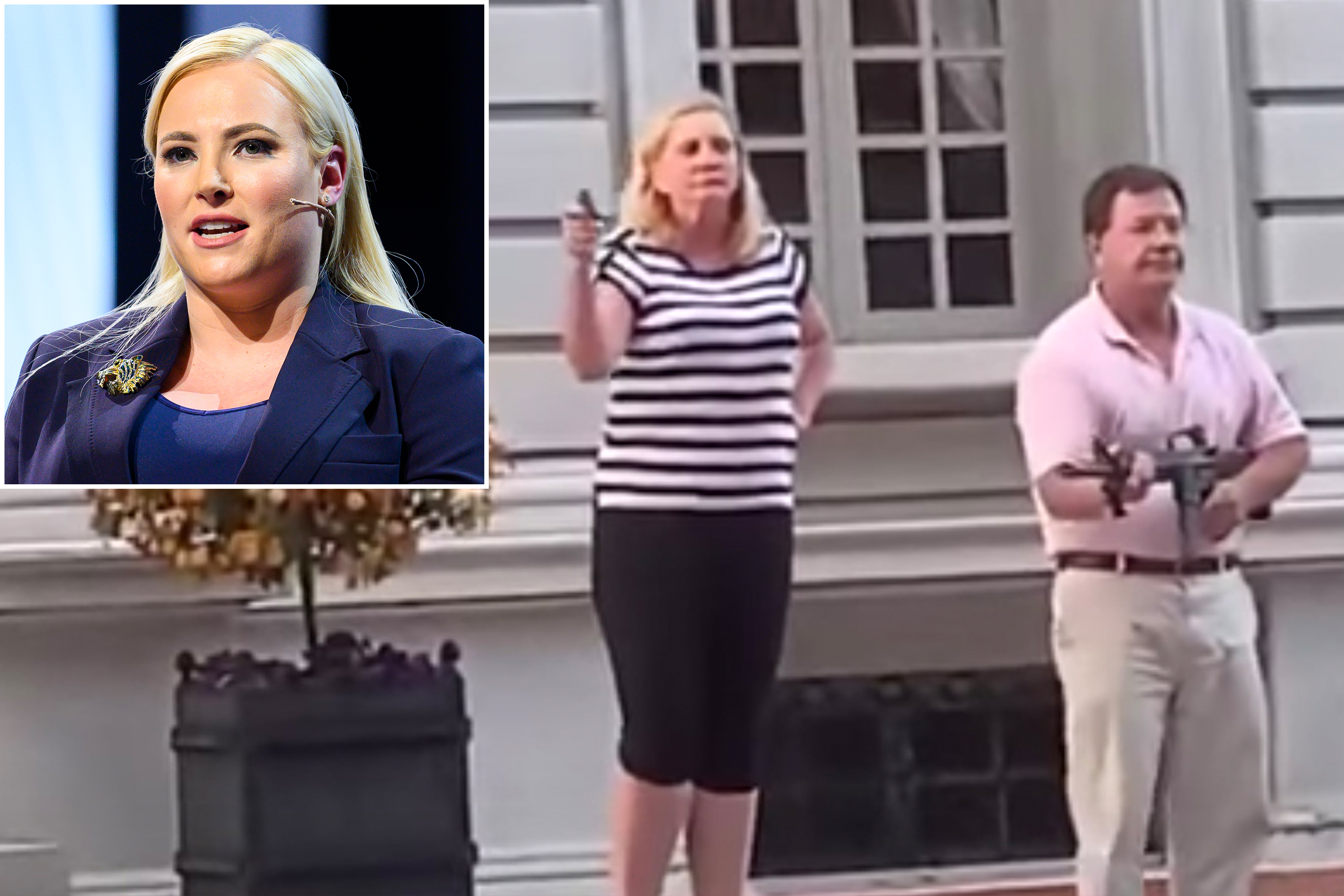 Meghan McCain defended the St. Louis couple who pulled guns at Black Lives Matter protesters outside their mansion — but skewered the homeowners’ reckless handling of their weapons.

McCain said Tuesday on “The View” that she understood why lawyer Mark McCloskey and his wife, Patricia, responded with firearms to what the couple claimed were threats from protesters Sunday near their property in the tony Central West End neighborhood.

“The question I always had is what happens when you start going into the suburbs when people a lot of times are armed and do feel intimidated,” McCain said, adding that “if a mob of people comes into your neighborhood and breaks a gate — that’s one of the things they’re claiming is that their gate was broken by these protesters — people are going to feel intimidated.”

But the talk show co-host said that as a licensed gun owner herself, she took issue with how both the husband and wife held their guns.

“This woman had her finger on the trigger the entire time,” McCain said. “Trigger control is a big thing, especially with pistols.”

She added that at “one point where [Patricia is] moving her pistol around, she could have easily have shot her husband in the head.”

Meanwhile, she said “the man has no muzzle control whatsoever. That means the front part of AR-15 — he’s pointing it in all directions, all places.”

“It’s highly, highly dangerous and irresponsible,” McCain said, adding that “you never point your weapon that you don’t intend to shoot and hit so right off the bat I have a problem with this.”

Gun safety experts also told The Post that the couple’s shoddy firearm handling could have ended in “a very disastrous result.”

Krewson has been under fire reading on Facebook Live the names and addresses of several residents who wrote letters to call for defunding the police department.

“I am alarmed at the events that occurred over the weekend, where peaceful protestors were met by guns,” Gardner said.

“We must protect the right to peacefully protest, and any attempt to chill it through intimidation or threat of deadly force will not be tolerated.”

All Or Nothing: Tottenham Hotspur – when is episode 4 of Amazon documentary released?...

Trump says he assumes Biden's ‘going to do great’ at first...