MANCHESTER UNITED may have finally found a replacement for Cristiano Ronaldo in Mason Greenwood.

That’s the opinion of former United striker Dimitar Berbatov, who has been hugely impressed with Greenwood’s contribution as the season resumes. 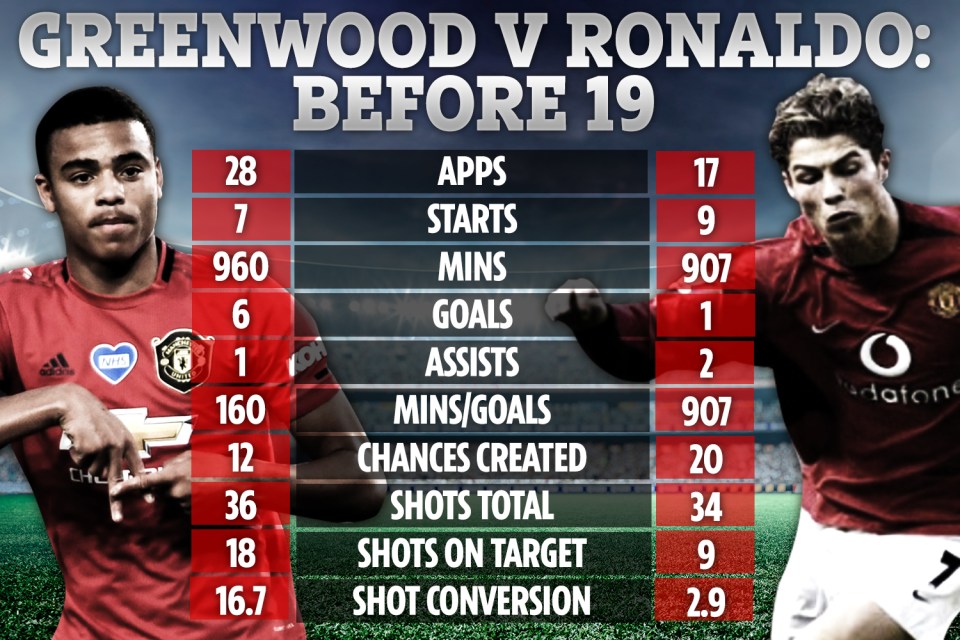 Mason Greenwood is taking the plaudits for some stunning performances[/caption]

The 18-year-old has featured in all four United games of Project Restart, starring and scoring in the last, a 3-0 win away at Brighton.

He has now featured in 40 games in all competitions, scoring 13 times and is tipped to be an England international very soon.

And Berbatov clearly rates the Bradford-born teen, comparing him to one of football’s best ever.

Many have tried, and failed, to replace Cristiano Ronaldo at United[/caption]

Speaking to The Mirror, the 39-year-old Bulgarian said: “Greenwood, against Brighton, was like Ronaldo.

“His left foot is unbelievable along with his vision, I don’t think many signings are needed to take United to that next level.

“They need to be really classy players to make the difference, someone who is going to be better than the current squad of players.”

“You know, it’s not easy being a young boy. He could still play in this season’s FA Youth Cup team, so he’s a young boy that we have to look after.

“But he’s performing from the bench or when he starts and he’s developed fantastically this season.

“Only the sky’s the limit. It’s up to him. He knows what he should do, can do and must do to keep on playing, but that’ll be between us.”

Greenwood’s stats compared to Ronaldo, who joined United at the age of 18 in 2003, before the age of 19 make interesting reading.

At the same stage of their careers, Greenwood had scored six goals in 28 appearances, only seven of which were starts.


Lionel Messi set to QUIT Barcelona in 2021 when contract ends

Back in the day CR7 was on one goal in 17 games, nine of these which he started.

But it was Ronaldo who created more chances for team-mates, 20 compared to Greenwood’s 12.

When it comes to shot conversion rate however, Greenwood is streets ahead with 16.7 per cent, Ronaldo well behind on 2.9 per cent.

Trump calls for swift justice in shooting of ambushed deputies as manhunt intensifies in...