LITTLE People stars Jeremy and Audrey Roloff may be caught up in a feud with their siblings.

But they are taking time out to plan a road trip to visit Jeremy’s sister Molly.

Jeremy and Audrey Roloff are taking a road trip[/caption]

Audrey, 29, revealed they were hitting the road for a two week camping trip and will see Molly and her husband Joel, who live in Spokane, Washington.

The couple – who have two children, Ember and Bode – told fans they were “excited” to see Molly – who also no longer appears on the show.

“Today we are getting ready to leave for a two week camping trip  up through Washington, Idaho, and Montana!,” Audrey wrote to her fans.

She revealed details of the trip, writing: “We are super excited to visit Jeremy’s sister Molly and her husband Joel up in Spokane, and then explore some of the epic lakes in Idaho and Montana!”

They’re going to see his sister Molly, amid a feud among the siblings[/caption]

Molly also left the show when she moved out of state, and left Zach as the only sibling still appearing on it.

Audrey and Jeremy’s brother Jacob have been vocal about their differences, with the feud erupting online in June.

Jacob – a self-described “agnostic” – has clashed with his Christian sister-in-law and older sibling over their conservative views since their marriage in 2014.

Jacob, 23, has vocally supported liberal policies such as the legalization of marijuana, racial injustice and gun control since he was a teenager.

Meanwhile Audrey, 28, has come under fire over the years for various controversial comments, including her past “anti-gay” remarks in her religious blog post.

During the last Presidential election, the pair butted heads for their opposing views on who should be commander-in-chief.

The LPBW alum tweeted in October 2016: “What does it mean for Trump to say ‘I don’t accept the results of this election?’ Clinton can just go on being President

“And he can go on being a total clown, sputtering out of relevance, and business. Pathetically still upset he lost.”

They’ve decided to do a camping trip[/caption]

She posted a clip that heard POTUS say: “We cannot take four more years of Barack Obama, and that’s what you get if you vote for Hillary Clinton.”
Right after, a female voice – seemingly Audrey – cheered and yelled “that was good!”

After a year of tensity, Jacob unfollowed the mom-of-two on Instagram for the first time in December 2017, RadarOnline reported.

At the time, he still followed Audrey’s husband, Jeremy, and his other older siblings, Zach and Molly – who he remains close with to this day.

One month later, their feud reached new heights when The Marriage Journal author appeared to slam Jacob’s engagement to his Isabel Rock.

Jacob has been critical of Audrey’s politics[/caption]

None of them appear on the show anymore[/caption]

The ex TLC star was thrilled to reveal he popped-the-question to his now-wife in Iceland on Christmas Day 2017.

While Amy and Matt Roloff’s youngest son was congratulated by most family members, Audrey took to her blog soon after and wrote a critical message that seemed to be aimed at the couple.

She fired off in January 2018: “Some words on dating from a Christian perspective…

“Let’s just say you recently hurried into a relationship, dabbled with sexual intimacy, and then became emotionally attached.”

The scathing post continued: “As time passes, your friends and family may raise concerns about the person you’re dating.

“But you won’t be able to rationalize with them because all you will see is perfection. This is a titanic problem,” she blasted.

In March 2018, it was revealed that Jeremy, 30, and his wife would write a tell-all book together just after Jacob’s own novel, Out To See, was released.

Tension between Jacob and Jeremy along with his wife seemed to have improved later that year however, their feud was reignited once again in January 2019.

The only sibling still on the TLC show is Zach[/caption]

A source told RadarOnline that Jacob was yet again attempting to distance himself from the pair.

“People already know that he doesn’t really get along with Audrey.

“He thinks she’s too judgmental, and I’m guessing he just didn’t want to see her on his brothers’ account anymore,” the insider said.

In the time since, it appears Jacob re-followed his sister-in-law but earlier this month, he unfollowed her again after he slammed her Black Lives Matter post. 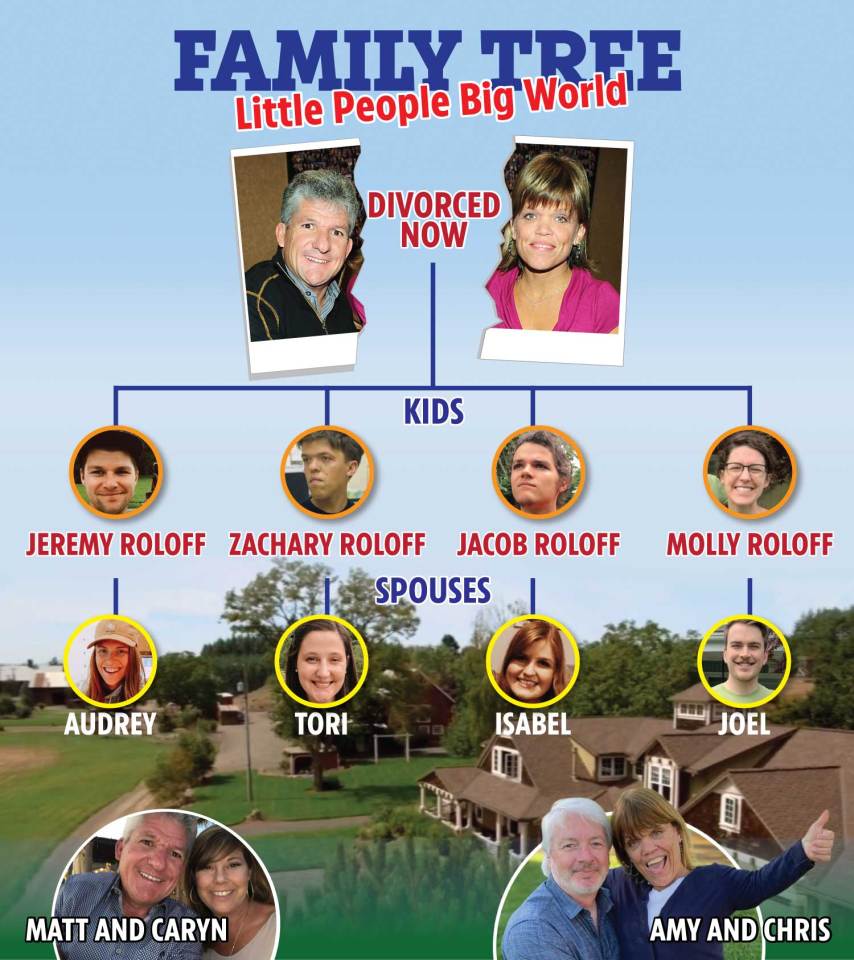 
Paul McCartney on the Nineties, jamming with Ringo and life with wife Linda

Responding to the ongoing protests due to George Floyd’s death in May, Audrey reposted her brother’s video about unity to her Instagram Stories.

Jacob – who has attended multiple protests with his wife – called the video “police propaganda” and emphasized it was “not activism.”

The following day, Audrey posted that she was “weathering a shame storm.”

Jacob appeared to have once again slammed his brother and sister-in-law’s apparent support for Trump this month.

On June 1, he tweeted: “I, too, am embarrassed to be related to Trump voters.”

Jeweller who ‘lost’ £13,000 at lap-dancing club will not get his money back