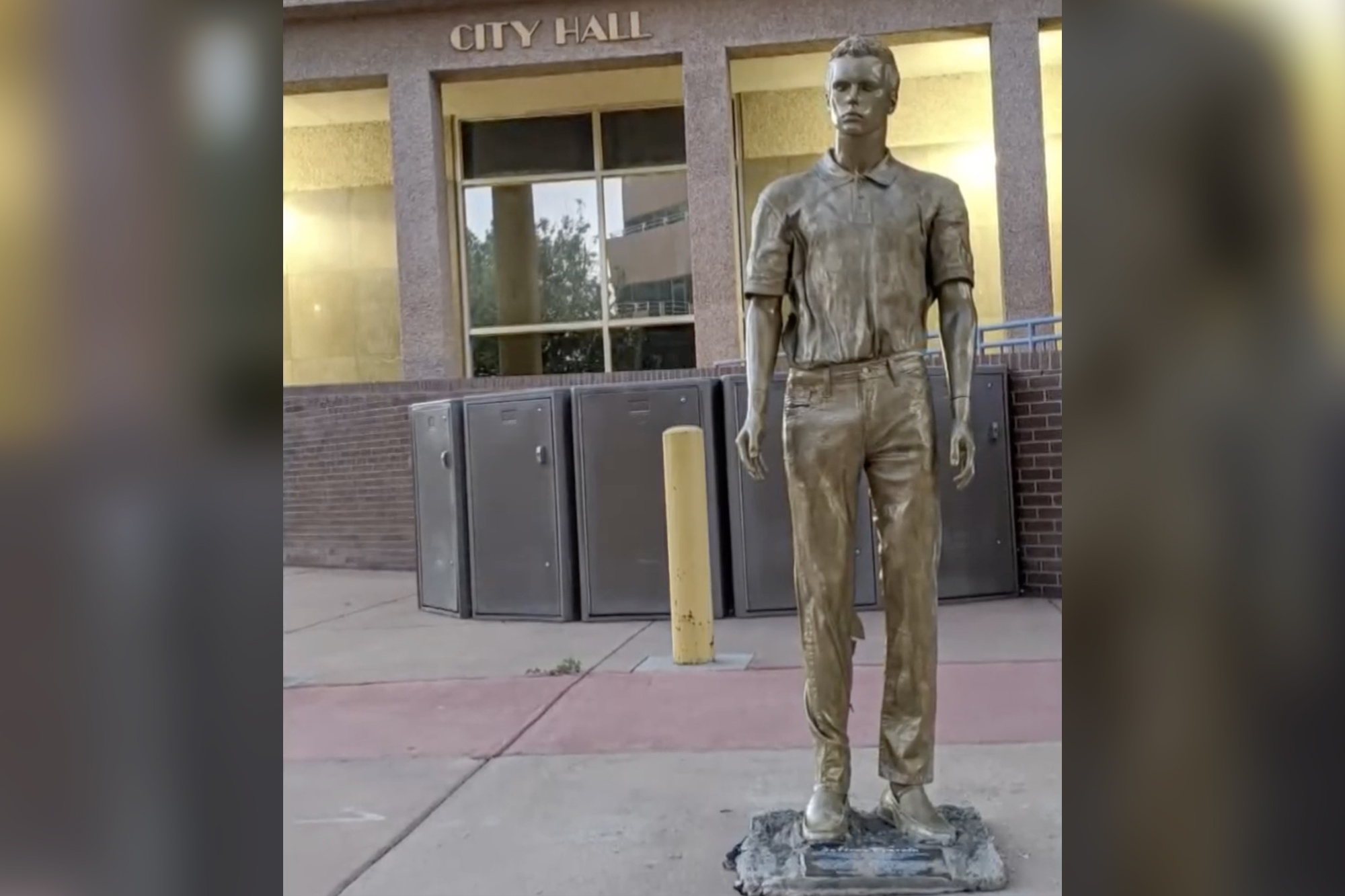 A statue of notorious pedophile Jeffrey Epstein was left outside a New Mexico city hall in a satirical attack on anyone defending racist monuments, according to reports.

“If we don’t have a statue of Epstein, how will people learn?” shouted a man who left the life-sized gold statue Wednesday in downtown Albuquerque, KRQE journalist Rachel Knapp tweeted along with a photo.

It was left about 35 miles west of Epstein’s Zorro Ranch, which reportedly had a giant nude portrait of Ghislaine Maxwell, his ex and closest associate who was arrested Thursday.

While having a questionable likeness to the late moneyman, the statue had a plaque with a bio of his time as a teacher and financier.

“He was also a rapist who died in prison,” the plaque said — listing 18 lawsuits Epstein, 66, was involved in before he hanged himself in a Manhattan lockup last August.

The statue — which was actually a painted mannequin — was quickly removed by city hall staff, KRQE said.

The plaque said it was “generously provided” by the Antlion Entertainment “Art” Collection, which told KRQE it was a jab at anyone defending racist monuments as reminders of dark periods in history.

“We think we need an Epstein statue in every school because otherwise how are students even going to learn they even existed?” one anonymous member of the collective told the station, mimicking arguments used in defense of slavery-era monuments.

“You know those who don’t remember history are doomed to repeat it, and so if we don’t have statues of Epstein up, how can we prevent predatory behavior,” the artist said.

“Maybe schools can even have statue parks with people like Hitler, and Mao and Lenin just so that we can really remember history.”

Epstein was facing serious sex crimes when he killed himself, with many accusers saying attacks happened in the New Mexico Ranch, where British socialite Maxwell, 58, was a regular presence.