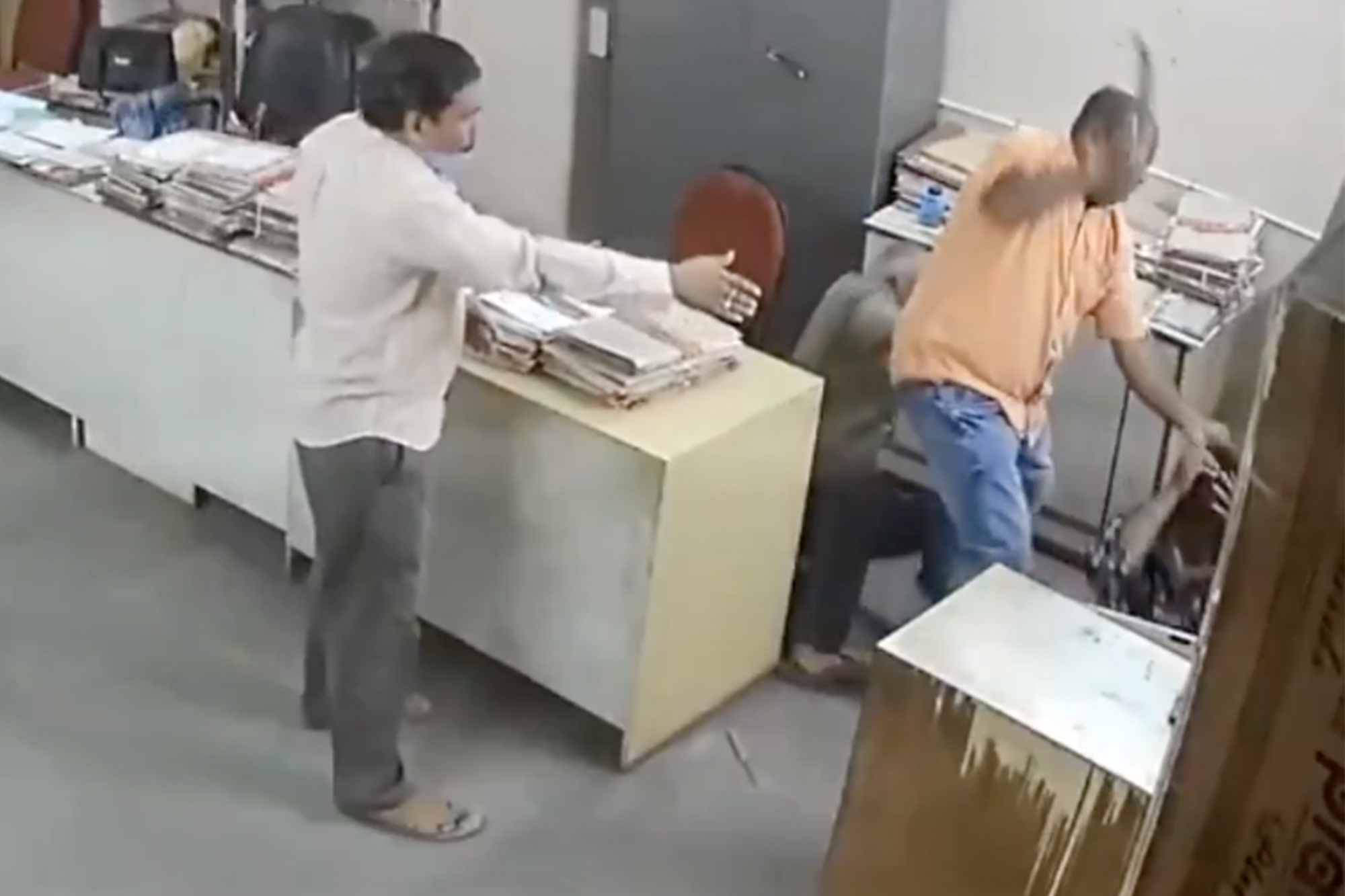 A local government official in India beat a female employee with a chair leg after yanking her to the ground by her hair — all because she asked him to wear a mask, according to reports Tuesday.

Shocking surveillance video shows Nellore tourism boss C Bhaskar rush toward the 43-year-old woman as she sits at her desk — pulling her to the ground and yanking her around by her hair in front of other staff.

He initially grabbed something from his desk to hit the woman — identified in local reports as Checuri Usharani — while an elderly man grabbed his arm in a doomed effort to restrain him.

As other staff watched in horror, Bhaskar flung the elderly man to the ground, too — then grabbed a chair leg from the floor and started beating his initial target as she cowered on the ground, the Hindustan Times said.

A younger man eventually ran in and stopped the attack — with the video, which has no sound, appearing to show Bhaskar continuing to rant at his victim as she remains on the ground.

Investigators said Bhaskar flipped when the contract worker told him he should be wearing a mask because of the coronavirus pandemic, as worn by all the others seen in the footage.

“Enraged at this, Bhaskar allegedly abused her, dragged her from her chair, caught hold of her hair and started beating her on her face and head with a stick pulled out from a wooden chair,” sub-inspector of police K Venugopal told the Hindustan Times, citing the complaint.

The attack was Saturday — and Andhra Pradesh Police made a public display of arresting the Tourism Deputy Manager on Tuesday after the clip went viral.

He was remanded on charges of assaulting a woman intending to outrage her modesty, using force to dishonor a person and causing injuries using a weapon, police told the Hindustan Times.

The force said it was “committed to women safety & will ensure swift & deterrent action against accused” as it released photos and video of Bhaskar’s arrest.

Girl, 2, dies after drinking toilet cleaner at home before being found by sister

Coronavirus symptoms update: What happens to the lungs when a person has COVID-19