MIKEL ARTETA could bring Mesut Ozil back into the fold for their home clash with rock-bottom Norwich tomorrow night.

The German hasn’t featured for almost four months with his last appearance coming in a 1-0 home win over West Ham on March 7. 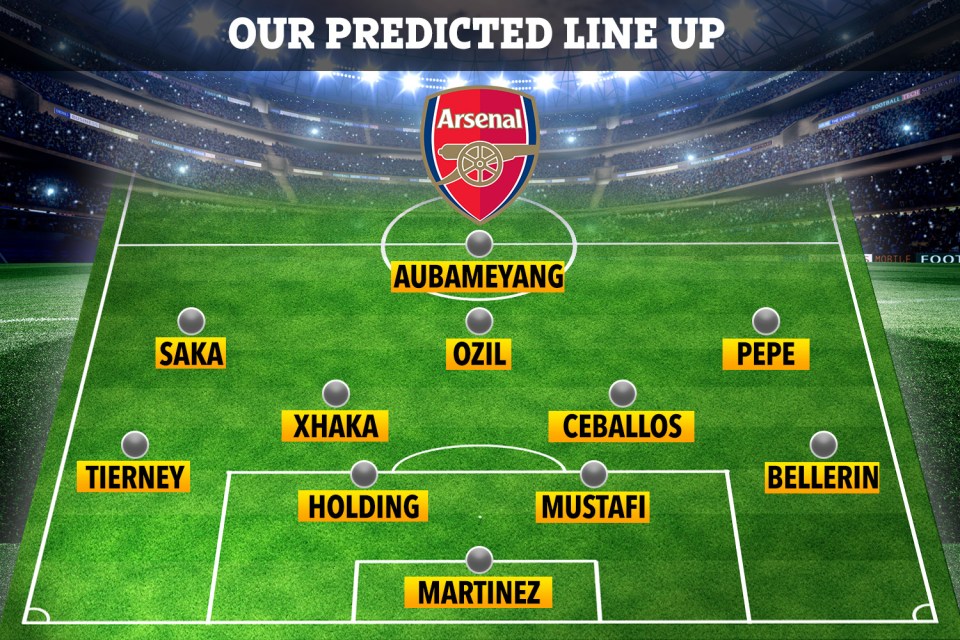 He was also forced to miss the FA Cup victory over Sheffield United with the club citing a slight back problem.

However with a gruelling run of fixtures, Ozil could return to the XI against the Premier League basement boys.

Arteta knows his side will dominate possession and believes the German’s creativity could be key in unlocking Norwich’s leaky defence.

The gaffer is likely to start Pierre-Emerick Aubameyang in attack after resting the Gabon ace against the Blades.

Nicolas Pepe and Bukayo Saka could occupy the wings with Granit Xhaka and Dani Ceballos marshalling the midfield.

Emiliano Martinez will get the nod in goal with No1 Bernd Leno ruled out with injury.

In front of his will be Hector Bellerin and Kieran Tierney taking the full-back roles.

Arteta’s shortage of central defenders means he is likely to stick with Shkodran Mustafi and Rob Holding who kept a clean sheet in the 2-0 victory over Southampton.

The boss will certainly be without Calum Chambers, Gabriel Martinelli and Pablo Mari who are all ruled out with injury.

most read in football


Celtic to offer Hart, 33, lifeline after Burnley release if no Forster deal


Terry forced to slash £500k off mansion due to coronavirus

Cedric Soares is available for selection having recovered from a facial injury and Lucas Torreira will face a late fitness test.

Arsenal will consider their clash against the Canaries as a must-win as they push for a European spot.

A top-four finish appears out of their reach as they sit 11 points behind Chelsea but remain six behind sixth-place Manchester United with seven matches left to play.

Gabriel Magalhaes to wear No6 jersey at Arsenal as £27m signing follows in footsteps...

London Labour council set to be first local authority in the country to ban...

Russian financier says he’s vaccinated against coronavirus after taking ‘experimental’ jab to be given...