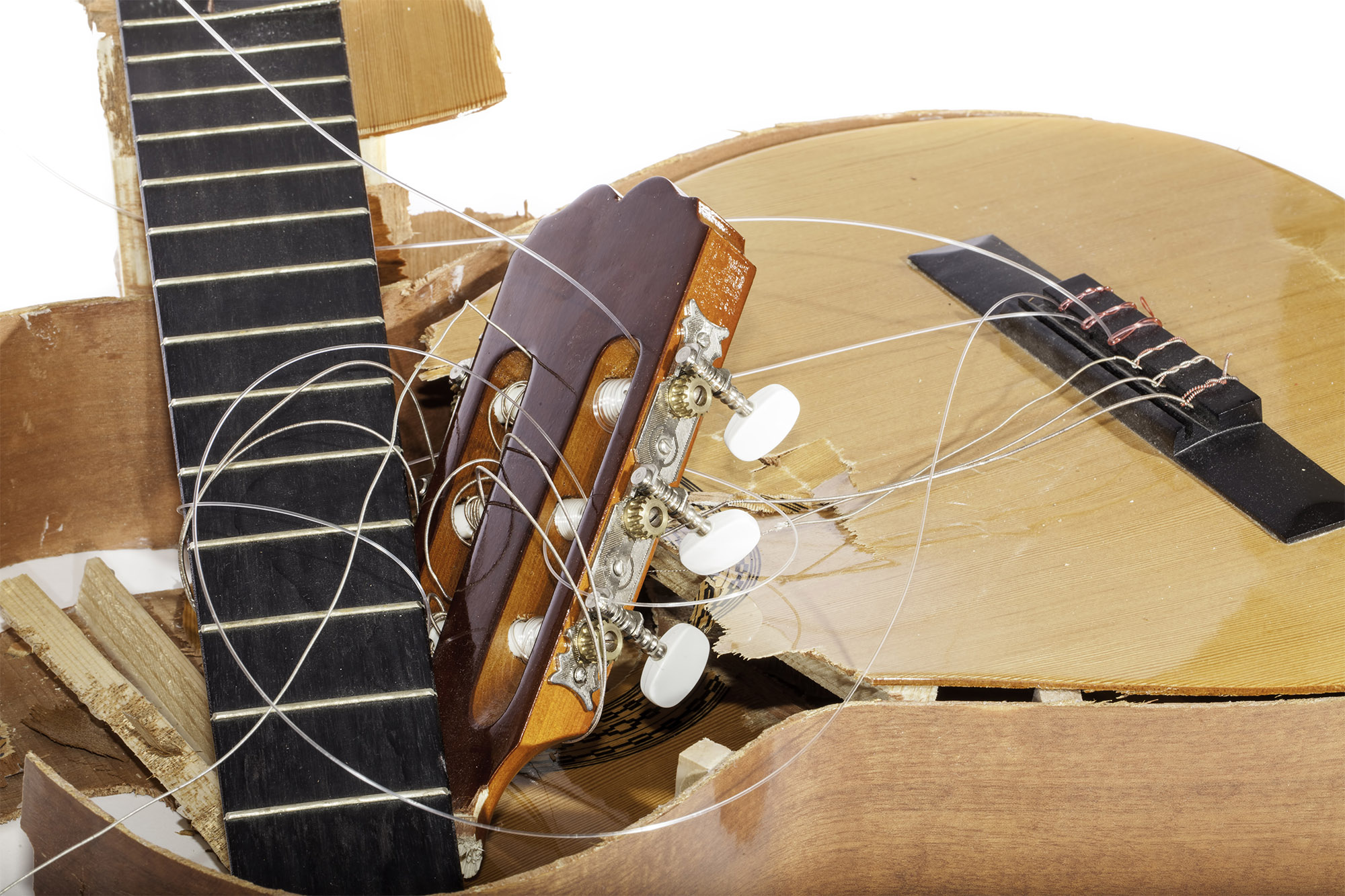 A Florida flight attendant soared with rage after walking in on her cheating husband.

Nicole Denison, 29, allegedly struck her unfaithful hubby while also striking a chord, smashing his acoustic guitar when she returned to their home last Wednesday night at 11 p.m. to find him in the middle of a sexual encounter, Florida police said.

Denison punched her husband in the face, causing a black eye; scratched up his face and bruised his right arm, according to police records published by The Smoking Gun.

The flight attendant then allegedly turned to his guitar, “destroying” the instrument when she smashed it against a wall, knocking down shelving and leaving a “gaping hole,” according to the arrest affidavit.

Denison was arrested this Wednesday, a week after the incident, and charged with domestic battery.

She works for Allegiant Air and has two children with her husband of nearly three years, a bartender and fitness instructor, according to The Smoking Gun.