FORMULA ONE is back!

Following a lengthy postponement due to the coronavirus pandemic, motorsport is making a tentative return this weekend in Austria.

Reigning champion Lewis Hamilton is out to claim his seventh world title this season and has announced he will race in a special black Mercedes to support of the Black Lives Matter movement.

When is Austrian GP practice and qualifying?

When does the Austrian GP race start?

F1 LIVE: KEEP UP TO DATE WITH ALL AUSTRIAN GP PRACTICE, QUALIFYING AND RACE NEWS

What TV channel is the Austrian GP on and can I live stream it? 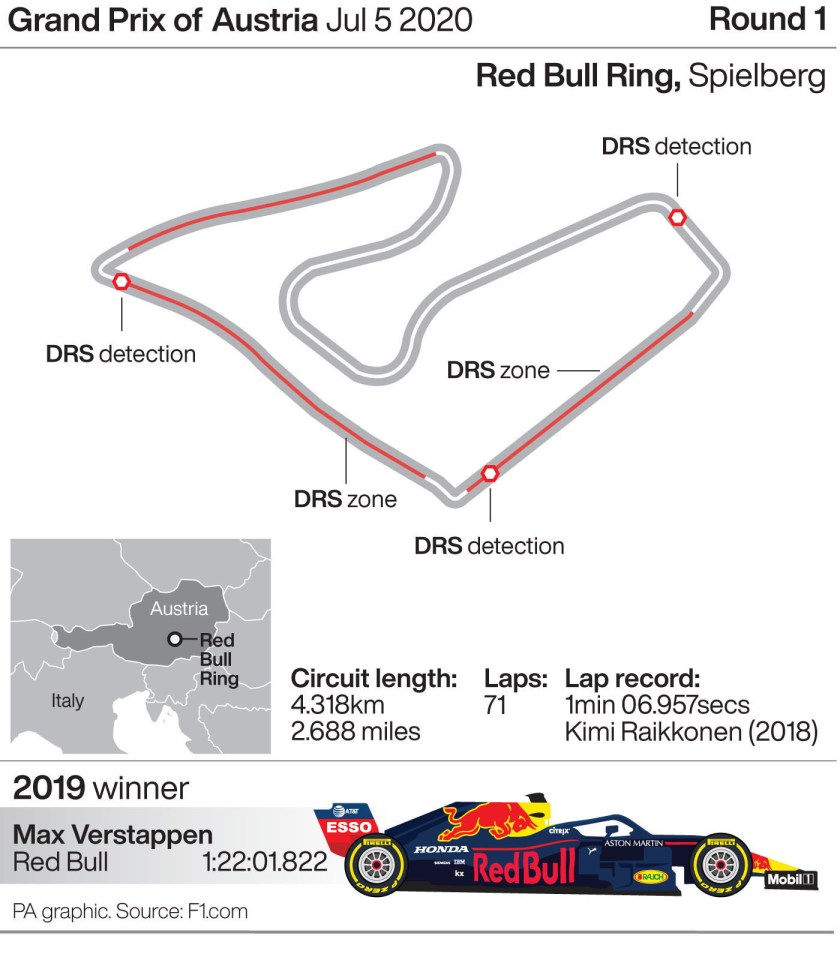 Most read in Motorsport


Lionel Messi set to QUIT Barcelona in 2021 when contract ends

Eczema treatment: The natural supplement proven to ease itchiness and quality of life

Man surprises girlfriend by proposing with ‘Will you marry me?’ tattoo on chest