BOXING promoter Eddie Hearn says “sport is f***ed” as a result of the coronavirus pandemic.

The Matchroom boss is trying to give boxing the shot in the arm it needs with the launch of his Fight Camp shows.

These will run every weekend up until the end of August from his back garden.

SunSport exclusively revealed how rival promoter Frank Warren has challenged Hearn to two five-fight shows that pit the best of each stable against the other.

This will give fight fans hopes for some huge fights in the future.

And that could not come at a better time for the sport according to Hearn. 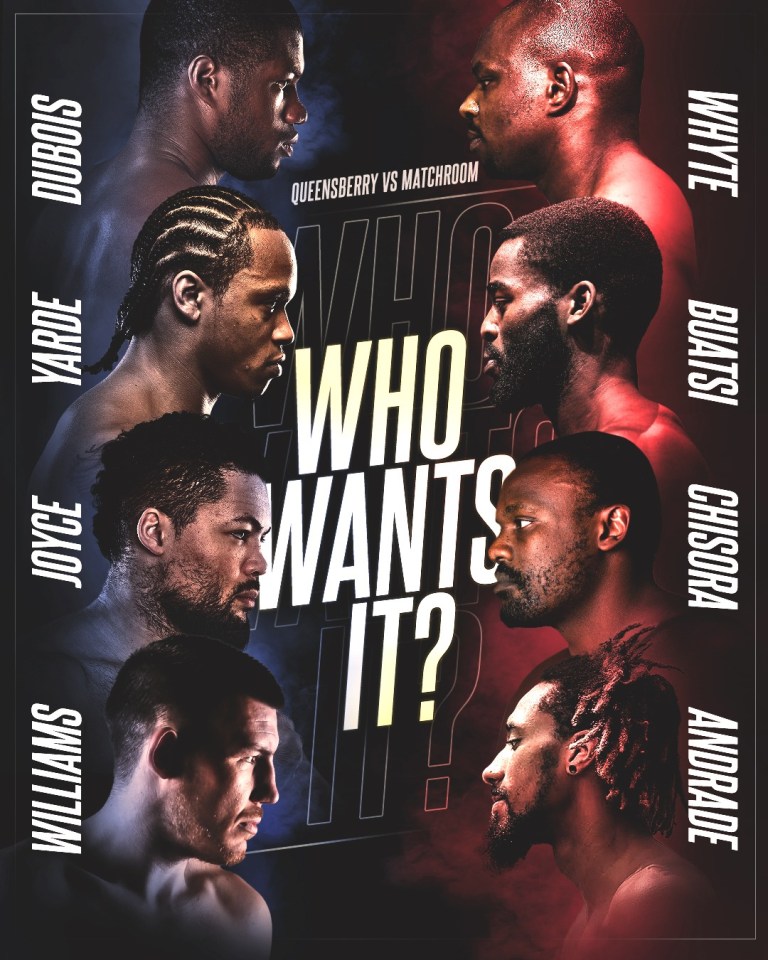 Speaking to iFL TV, the 41-year-old said: “I’m not just focussing on this week, I am focussing on saving boxing, because sport is f***ed.

“And if you look at the viewing figures coming back right now, the sport is in a horrendous position.

“All of a sudden we come back with Fight Camp and we are the saviours.”

Hearn has also revealed he spoke on the phone with rival promoter Frank Warren to discuss the biggest cross-company battle in British boxing history.

The dialogue between the two promoters will come as a huge boost to the sport after coronavirus shut down the calendar.

Most read in Boxing

Both are outting on shows behind-closed-doors with the hope that fans wil be allowed ringside before the year is out.

And it will bring excitement for one potential fight in particular – Tyson Fury versus Anthony Joshua.

The Gypsy King announced last month that he has agreed to fight Brit rival and fellow heavyweight world champ AJ in two fights next year.

The winner will face Dillian Whyte. I think my unbeaten heavyweights Joe and Daniel have the beating of him. Whoever loses on October 24 meets Derek Chisora — and what better opponent to bounce back against.

This WBO middleweight world title is the only international fight on the list. It’s the fight Liam and Andrade want.

I fancy Anthony in this light-heavyweight battle with Buatsi because that narrow loss to Sergey Kovalev has given him the edge of experience. He was ten seconds away from being a world champ by beating a monster.

Dave has been on some big shows and lost a few fights, so this should appeal to him. Nathan is on the comeback trail. It looks at ideal fight for both heavyweights.

I know a lot of neutrals would see this super- featherweight bout as 50-50 but I have to back Archie. We tried to make it happen when Zelfa was under contract with us.

Middleweight Metcalf is 21-0 now and people will want to avoid him. Fowler is 12-1 so doesn’t have that 0 to protect.

Conor doesn’t usually fight anyone with a pulse but, in fairness to him and his team, they did ask about this fight a while ago but we couldn’t agree terms. Now would be the perfect time to put this British welterweight title fight in the mix.

I’ve read Charlie and Kal didn’t get on during their Team GB days. Charlie has a score to settle and Kal thinks he is the better super-flyweight. Let’s see.

Smithfield Foods faces fine for not protecting workers from COVID-19

WaPo gives three Pinocchios to claim from Dem challenger that McConnell made money from...

Michelle Obama insists it’s ‘not true’ that mail-in ballots will be...

Google Maps' crucial new update is essential viewing before your next...

Racing Gossip: Trackman is back with the latest paddock talk as...