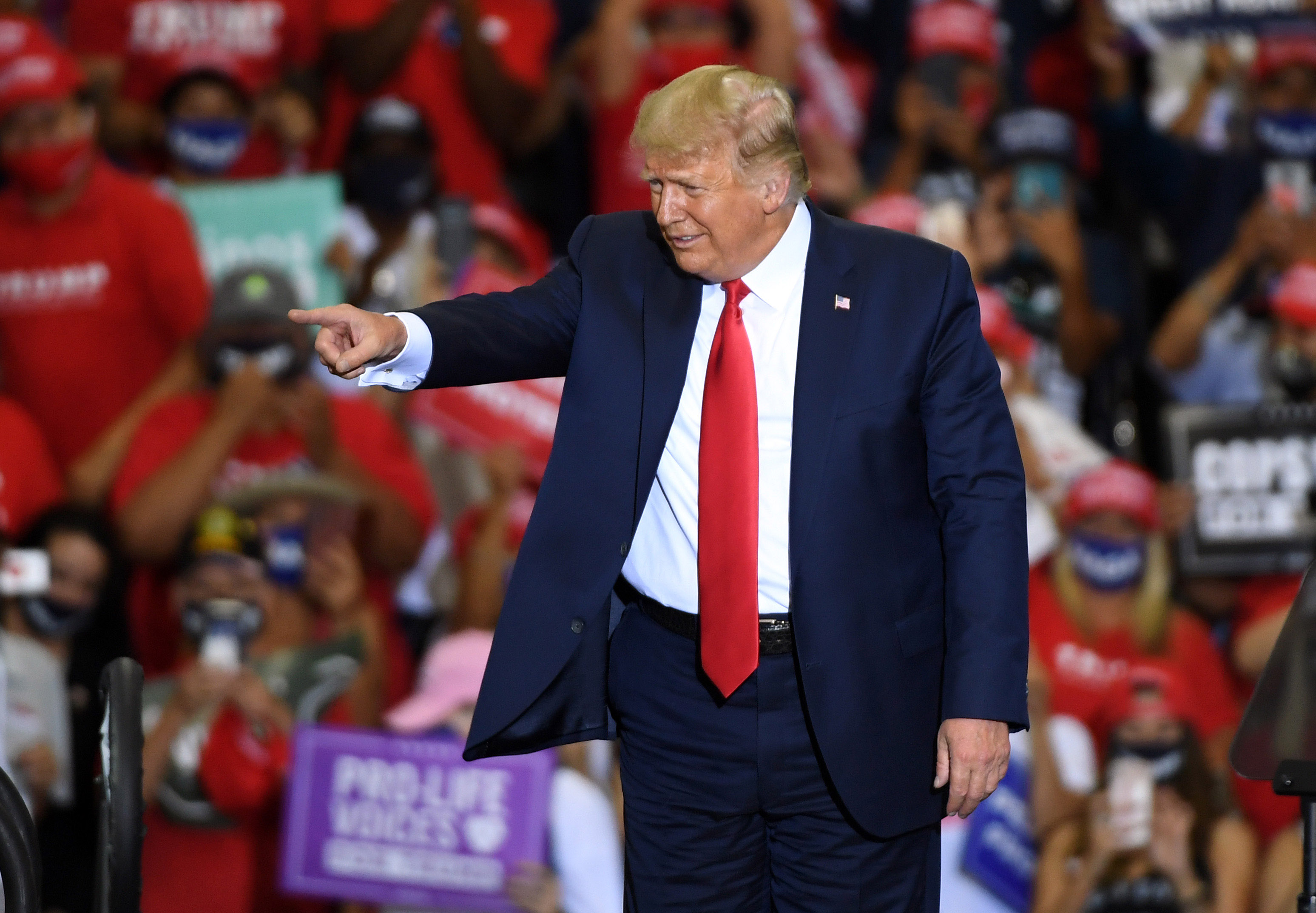 President Trump once again accused Barack Obama of spying on his 2016 campaign during a rally on Sunday night — prompting chants of “lock him up” from the crowd.

“He got caught. We caught him cold .. now let’s see what happens,” Trump said after repeating the accusation.

Under Trump, the Justice Department is reviewing the origins of a probe that found Russian interference in the 2016 presidential election. The president has suggested officials in the Obama administration were behind the investigation.

Attorney General William Barr in May said he doubted the review would lead to “a criminal investigation” against either former president or Vice President Joe Biden.

The chants from the indoor audience at the rally outside Las Vegas mimicked the popular rally cry from supporters whenever Trump mentioned his 2016 Democratic challenger, former secretary of state Hillary Clinton.

Grant Imahara dead: Tributes pour in as MythBusters host dies suddenly at 49 'At...