Public transit may be the reason that black people are dying from the novel coronavirus at higher rates than whites, two new studies suggest.

African Americans are more than 2.5 times likely than Caucasians to ride commuter rails, subways and buses – and 3.5 times more likely to die of the virus.

One study found that racial disparities in death rates persisted when controlling for other factors, and is likely linked to black workers being more likely to take mass transit.

And the second study found an increase in death rates for every increase of 10 percent of those who commuter compares to people who work from home. 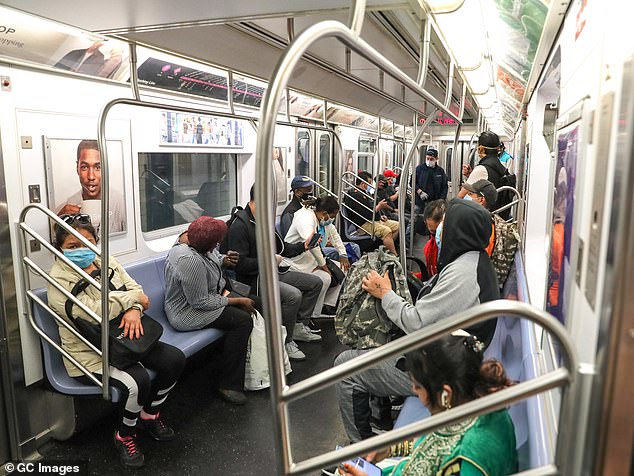 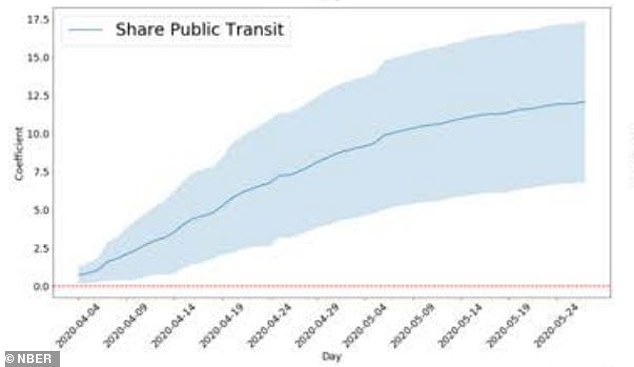 One study found that racial discrepancies in virus death rates when controlling for factors such as household income and a second study found that for every 10% increase in commuters compared to telecommuters, there was a rise of 1.21 deaths per 1,000 people (above)

According to a 2016 Pew Research report, among urban residents, 34 percent of blacks said they took public transit daily or weekly, compared to just 14 percent of whites.

They were also less likely to have access to automobiles and more likely to live further away from their jobs, not making walking or biking xx options.

For the first study, from the University of Virginia, an economist looked at coronavirus mortality, economic and demographic data from 3,140 US counties.

He found a strong association counties between a county’s population share of African Americans and deaths from COVID-19.

This held even when factors were controlled for including household income, poverty level, insurance rates and amount of education.

‘A significant portion of the disparity can, however, be sourced to the use of public transit, which also explains a large fraction of the difference in mortality between Los Angeles and New York City,’ Dr John McLaren wrote.

The death rate in New York City is 1.31 percent while the rate in Los Angeles sits at 3.37 percent.

For the second study, from the Massachusetts Institute of Technology, the team looked at county-level death rates and modes of commuting.

They found that found that that higher amounts of getting to work via public transportation was linked to higher death rates.

Particularly, there was a 10 percent increase in death rates among residents who use public transit in comparison with telecommuters by 1.21 per 1,000 people. 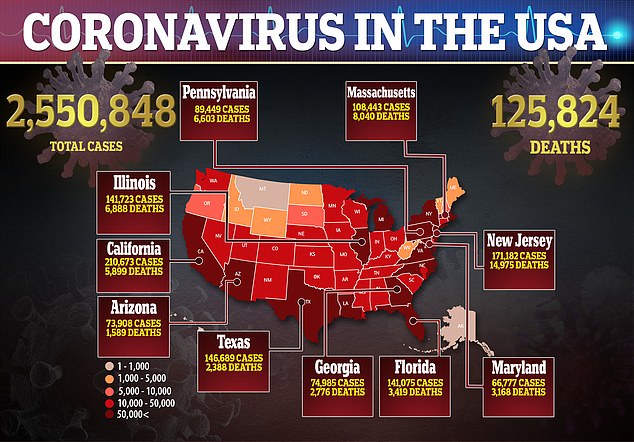 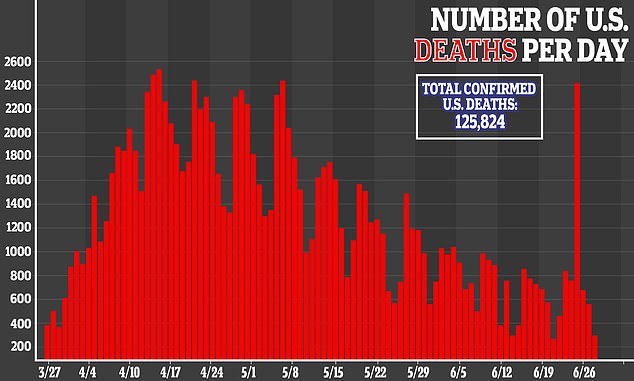 Among states, there was increase among commuters  by 0.48 per 1,000 people, even when accounting for demographics.

The authors say public transit offers prime conditions for spreading, people standing close together who are ouching the same rails and poles.

Of course, they add the racial disparity in death rates across the county can’t just be attributed to transit use.

However, there are signs as states reopen that mass transit doesn’t have to be linked to higher infection and/or death rates.

The Wall Street Journal reports that in Paris, which requires riders to wear face masks and every other sear to be unoccupied, only one percent of new clusters since May 9 have been linked to transit. 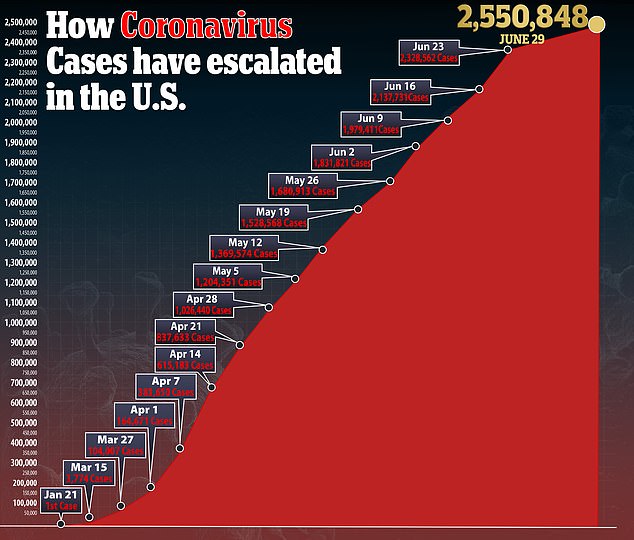 Britain hasn't learnt from March and is about to make another 'mistake', SAGE members warn

Covid-19 restrictions could mean elderly in care homes have no visitors for a YEAR, Age UK warns

Banning Huawei from UK’s 5G network is a good day for Britain and a...

Chevron tells employees to delete WeChat from phones by end of...