SCOTS could face tighter restrictions when going to the pub after a cluster linked to a bar crawl in Aberdeen.

The First Minister warned people may be limited in how many bars they can visit after 54 cases were linked to the Granite City’s Hawthorn Bar – with a further 20 licenced premises implicated.

Speaking at her daily coronavirus briefing, Ms Sturgeon said the pub outbreak may lead to restrictions being “tightened” across Scotland.

She said: “We’ll be looking for lessons that we can apply elsewhere in Scotland.

“I’m speculating at the moment, but it could be that what we see here is a pattern that has involved people going from one pub to another on the same night.

“It may be that we have to look at some of those lessons to think about whether we need to tighten up some of the restrictions about how hospitality is operating across the wider country.

“Now I don’t want to rush to conclusions on that but equally I want to make sure that we are fairly rapidly doing some assessment of that nature. 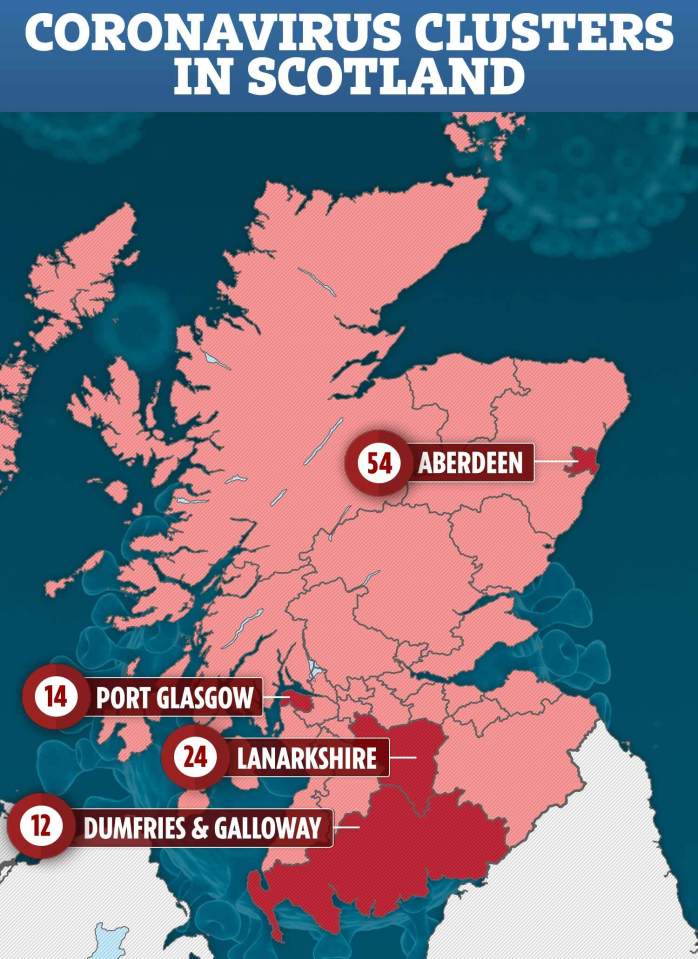 “I may have more to say on that later in the week.”

In Aberdeen, all pubs and restaurants have been told they must close by 5pm tonight.

It comes after the First Minister said she wanted to cry after seeing pictures of crowded boozers on social media.

The rule not to travel five miles away from your home has also been reinstated in the Aberdeen City Council area and people should not visit each other in homes.

Ms Sturgeon also told people not to travel to Aberdeen.

But anybody who needs to commute for work can still  travel more than five miles.

The local lockdown has been imposed for seven days – but could last longer.

Ms Sturgeon said “extreme caution” was necessary and sensible after taking the joint decision with council and police chiefs.

NHS Grampian has named 28 bars and restaurants, three golf clubs and a football club as venues visited by people linked to the cluster.

The bars and restaurants are:

most read in scottish news


Aberdeen rules explained as thousands forced back into virus lockdown


Girl, 3, killed after being hit by Nissan Micra in street

'it's only filthy in the kitchen!'

And the lockdown may be extended into the surrounding area if analysis shows the cluster has spread.

Ms Sturgeon added: “It’s time to tighten up again – and that applies particularly to businesses in the hospitality trade.”

Earlier, the Nats chief confirmed there had been 64 new coronavirus cases in the last 24 hours.

But no Scots have died from the bug for 20 days, meaning the death toll remains at 2,491.

Why Ghislaine Maxwell may be granted bail at upcoming arraignment

Headache for trainer Hughie Morrison with Telecaster plans set to suffer due to travel...

What is The Singapore Grip? Meaning explained