Loneliness did not increase among Americans during the coronavirus pandemic, a new study suggests.

When social distancing guidelines and stay-at-home orders were enacted, there was a lot of fear that people would feel isolated.

Instead, there were increased feelings of social support and more reports of people connecting with their family and friends.

The team, from Florida State University College of Medicine, says that Americans likely bonded with their loved ones about going through a pandemic together, which helped prevent them from feeling lonely. 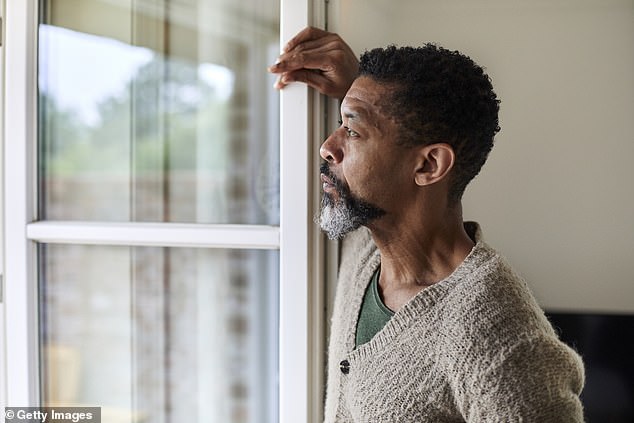 A new study from Florida State University found that older adults reported slightly increased levels of loneliness at the outset, but it leveled off after stay-at-home orders were enacted (file image) 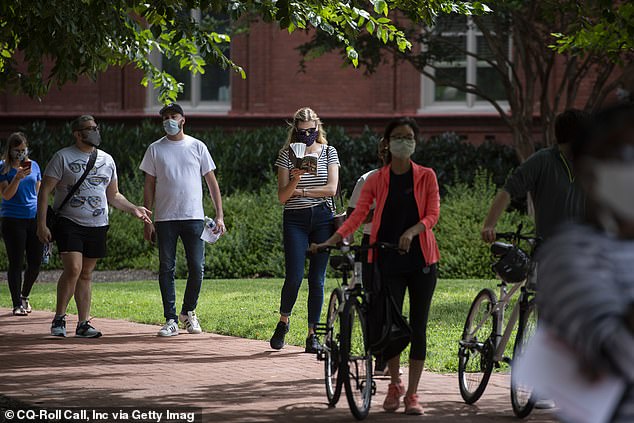 People living alone also had more feelings of loneliness, but it did not rise as social distancing orders were implemented. Pictured: People wait in line outside the National Building Museum for walk-up COVID-19 testing in Washington, DC on June 15

‘There has been a lot of worry that loneliness would increase dramatically because of the social distancing guidelines and restrictions,’ said lead author Dr Martina Luchetti, an assistant professor at the College of Medicine.

‘Contrary to this fear, we found that overall loneliness did not increase. Instead, people felt more supported by others than before the pandemic.

‘Even while physically isolated, the feeling of increased social support and of being in this together may help limit increases in loneliness.’

Loneliness has been associated with a number of health problems. It can affect mood disorders and trigger depression, but it has also been linked to heart disease, higher blood pressure, immunity function, and nervous system disorders.

A 2015 review study showed that both actual and perceived social isolation increased our chances of dying early by 26 percent.

In both countries, studies show that loneliness in people older than 60 can reach as high as 46 percent. Because the ‘baby boomer’ population is larger than any other, by the year 2030, the majority of Americans will be 70 and older.

For the study, published in the journal American Psychologists, the team surveyed more than 2,000 adults between ages 18 and 98.

First, participants filled out a questionnaire in February unrelated to COVID-19, before the disease was considered a threat.

Then, in March, the adults filled out two more, one in mid-March during the White House’s 15 days to slow the spread guidelines and another one in late April, when the guidelines were set to end.

Researchers looked at how levels of loneliness impacted at-risk groups, such as the elderly.

Older adults had a slight increase in feelings of loneliness in mid-March although it leveled off after stay-at-home orders were enacted. 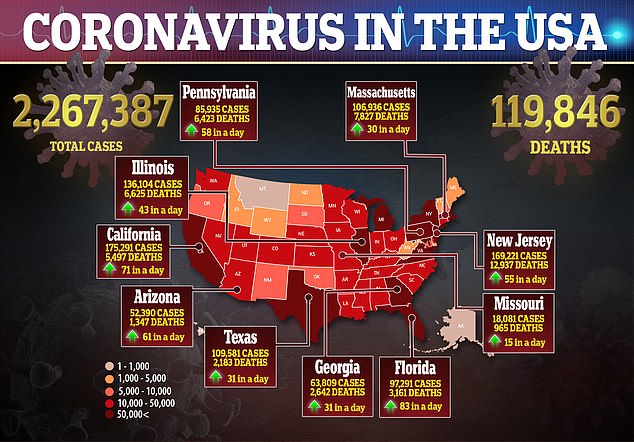 Those living alone, or with one pre-existing condition, had more feelings of loneliness at the beginning of the pandemic, but it did not increase when social distancing guidelines were introduced.

‘Despite a small increase among some individuals, we found overall remarkable resilience in response to COVID-19,’ said senior author Dr Angelina Sutin, an associate professor of Behavioral Sciences and Social Medicine.

However, the researchers found several anecdotal reports of people calling their family and friends more often during the pandemic.

The team believes that having a strong social support network helped prevent people from having increased feelings of loneliness.

‘Just knowing that you are not alone and that everyone is going through the same restrictions and difficulties may be enough in the short term to keep feelings of loneliness down,’ Sutin said. 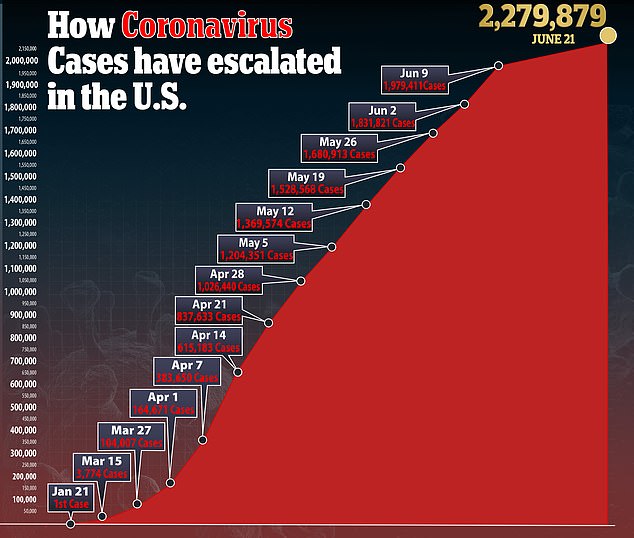 Top 15 towns to buy for those moving out of the city amid COVID...

What was Keith Hufnagel’s cause of death?