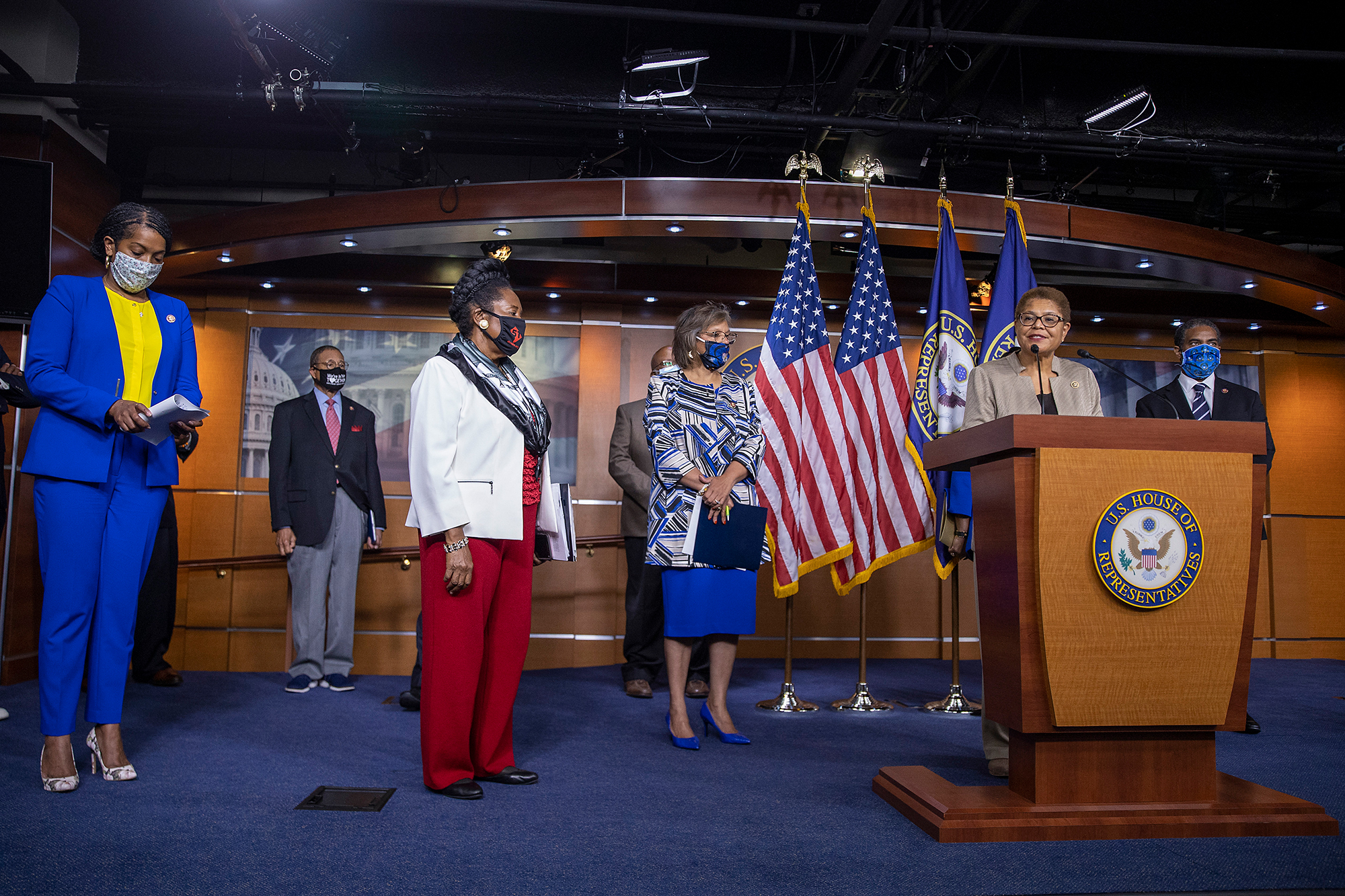 Congressional Black Caucus members are planning their next legislative moves after the House passed their own Democratically-backed police reform bill — and reparations appear to be on the table.

Rep. Sheila Jackson Lee (D-Tx.) says her long-standing legislation to form a commission to study reparations is gaining interest in the wake of the murder of George Floyd, an unarmed black man whose killing by a white police officer sparked outrage nationally, The Hill reports.

She told the outlet that she is hoping to tap into the wave of enthusiasm to bring the bill to a vote before the end of the year.

Rep. Karen Bass (D-Calif.), who serves as CBC chairwoman, predicted during a recent conference call that Lee’s bill would get a vote on the House floor by the end of this session of Congress.

“It will be voted on out of committee and on the floor before this session is over,” she said.

Lee introduced the legislation in January 2019, but the bill started to gain some traction in April, when 2020 Democratic hopefuls like Sens. Cory Booker (D-NJ) and Elizabeth Warren (D-Mass.) endorsed the proposal.

In recent months, presumptive Democratic nominee Joe Biden added supporting the study of reparations to his platform, which is now included on his campaign website.

The House conducted a July 2019 panel discussion on the matter, but the legislation still did not advance far enough to capture national attention.

Speaking to The Guardian in June, Lee echoed her confidence in the bill, saying that this moment in history was providing an opening for reparations.

House Majority Leader Steny Hoyer (D-Md.) is willing to bring Lee’s bill up for a floor vote if it were to pass the Judiciary Committee, which is led by a cosponsor of the bill, Chairman Jerrold Nadler (D-NY).

With Nadler in control of the committee, the bill should almost certainly make it through regardless of GOP pushback.

Nadler, however, has not yet scheduled anything related to the legislation.

Speaking to reporters on Capitol Hill Monday, House Democratic Caucus chairman Hakeem Jeffries (D-NY) said that was likely because Democratic leaders were waiting recommendations from the CBC before pushing any legislation.

“It is my expectation that we won’t see Chairman Nadler or the Judiciary Committee move on anything within his jurisdiction until the Congressional Black Caucus has weighed in about what our moving-forward agenda will be in the context of systemic racism in America,” he said.

Mom ‘plotted with QAnon supporters to kidnap son from foster care believing he was...