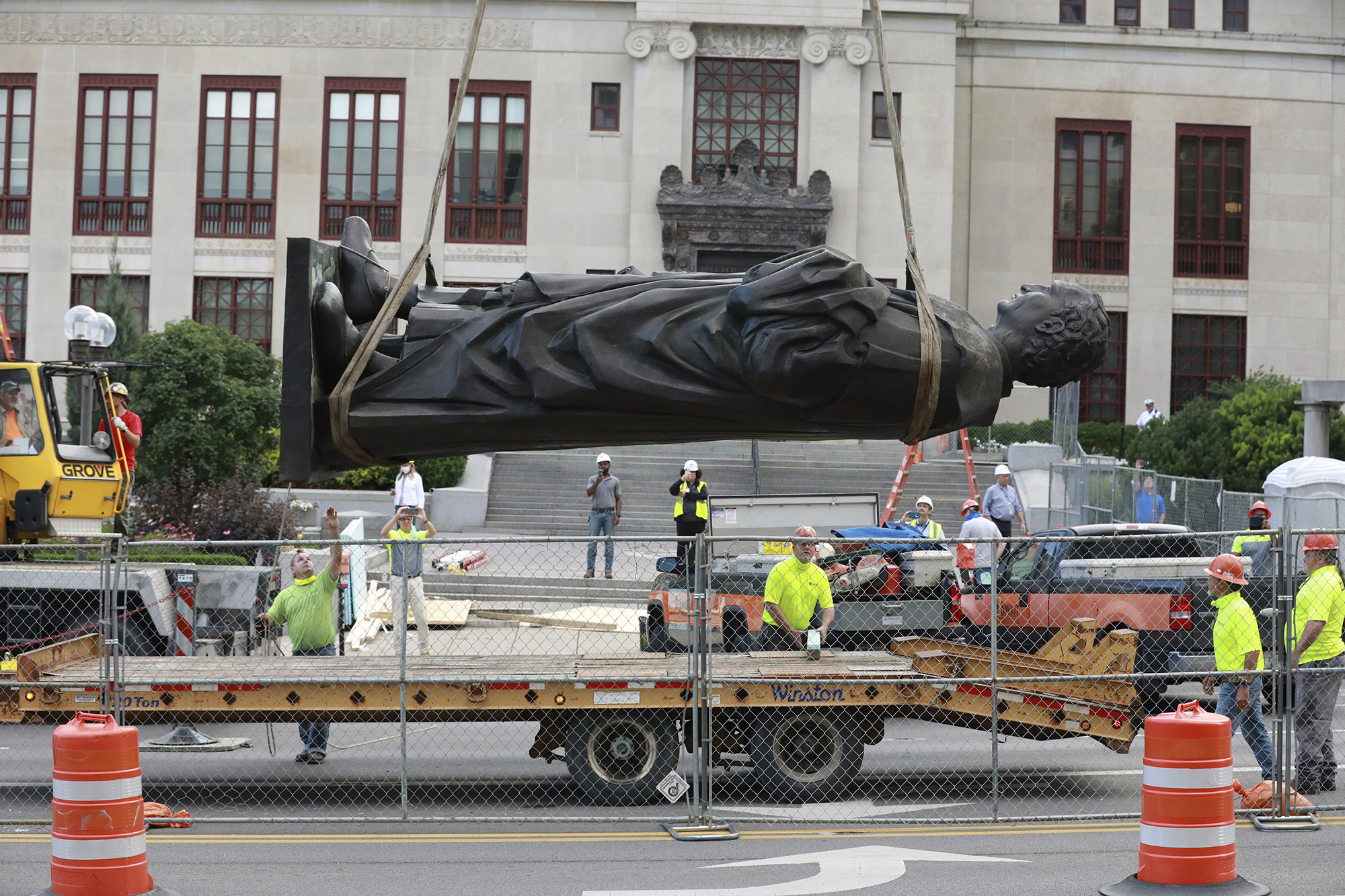 A statue of Christopher Columbus was taken down in Columbus, Ohio Wednesday morning amid renewed criticism over the legacy of the explorer.

Crews arrived around 3 a.m. with a crane to remove the bronze statue from its perch outside the Columbus City Hall, news station WBNS reported.

The statue, which will be placed for safekeeping in a city facility, had been a gift from the people of Genoa, Italy in 1955.

But Columbus’ namesake city has experienced renewed calls to reevaluate symbols associated with him — as critics characterize him as a symbol of white supremacy responsible for the destruction of indigenous cultures.

“For many people in our community, the statue represents patriarchy, oppression and divisiveness,” Ginther said. “That does not represent our great city, and we will no longer live in the shadow of our ugly past.”

He asked the Columbus Art Commission to evaluate the diversity and inclusiveness of all public art, including other monuments, statues, and art installations.

Several statues of Columbus across the country have been vandalized or torn down in recent weeks — including one toppled by protesters in Richmond, Virginia, and another that was beheaded in Camden, New Jersey.

Piers Morgan hits back at singer Sam Fender after he shouts 'f*** Piers' on...

Vitamin B12 deficiency symptoms: Watch out for ‘strange’ sensations here