WILLIAN has posted an emotional Instagram message after missing out on the FA Cup Final and what may have been his last game for the club.

The 31-year-old’s contract at Stamford Bridge expires in just a few days and a host of teams have been linked with the star.

Willian was desperate to get fit for the Wembley showpiece and add another medal to his impressive trophy cabinet from his time in West London.

Unfortunately for the winger, he was ruled out after failing to recover from the setback that kept him out of last Sunday’s win over Wolves.

And in the build-up to kick-off, he took to Instagram to offer encouragement to his Blues pals.

He wrote: “We’ve been working all season to enjoy a moment like this, playing a great final match at Wembley.

“I did treatment for the whole week, but unfortunately the pain persists.

“I won’t be on the field this time, but I am with my teammates until the end! Come on Blues!!!”

We've been working all season to enjoy a moment like this, playing a great final match at Wembley. I did treatment for the whole week, but unfortunately the pain persists. I won't be on the field this time, but I am with my teammates until the end! Come on Blues!!!

Barcelona, Inter Miami and Arsenal have all reportedly put offers on the table to Willian.

The largest in terms of salary is said to be David Beckham’s MLS side Miami.

That contract would run until the end of their 2023 campaign, with Barcelona also meeting the three-year minimum requirement set out by the player himself.

Willian’s agent, Kia Joorabchian, has stated that as many as five teams want to sign the 31-year-old when his contract expires.

Joorabchian told talkSPORT: “We had big offers – one from MLS which required him to move on July 1 – but he’s always wanted to finish the season at Chelsea and the day after the season has finished he would decide.

“He has two concrete offers from Premier League clubs on the table, an offer from an MLS club, and two other offers from Europe.

“He is going to make his decision after the last game of the season.”

Frank Lampard has insisted on his desire to keep Willian but the winger has claimed that a three-year deal is not available at Stamford Bridge. 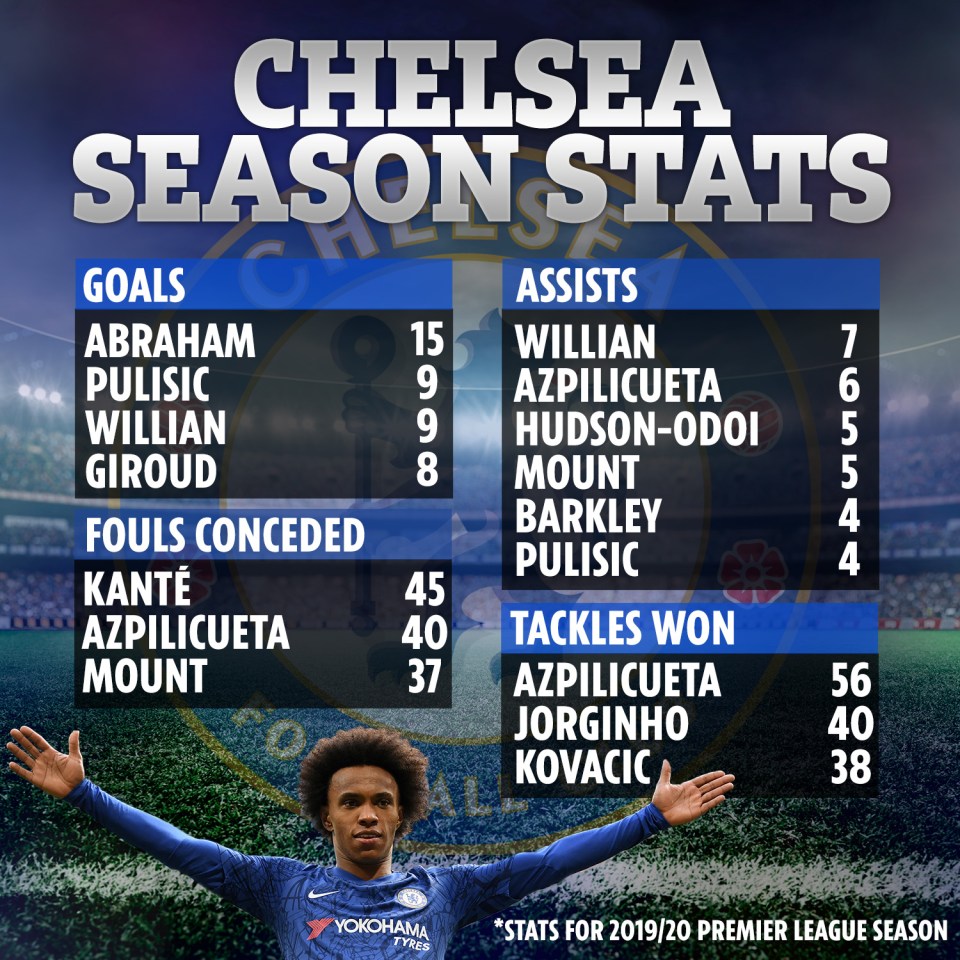 Petrol and diesel prices rose by average of 3p a litre in July, figures show