Donald Trump banned travel from Europe too late, allowing ‘large seeding’ of coronavirus in the US, CDC director admits

The Trump administration was too slow to admit that coronavirus imported from Europe was a major threat to the US, the director of the largest US health agency has finally said after months of denial.

‘The introduction from Europe happened before we realized what was happening,’ said Centers for Disease Control and Prevention director Dr Robert Redfield said in a Tuesday ABC News interview.

‘By the time we realized (the) Europe threat and shut down travel to Europe, there was probably already two or three weeks of 60,000 people coming back every day from Europe.

‘That’s where the large seeding came in the United States.’

The Trump administration banned travel to the US from Europe on March 13, more than a month after the President prohibited travel from China, on February 2.

In the intervening weeks, Trump continually blamed the Chinese for the US outbreak, insisting upon calling coronavirus the ‘China virus.’

Reports by the CDC as well as other research institutions have confirmed that the dominant strain of coronavirus that spread in New York City, the first US epicenter, came from Europe and was spreading well before the travel ban. 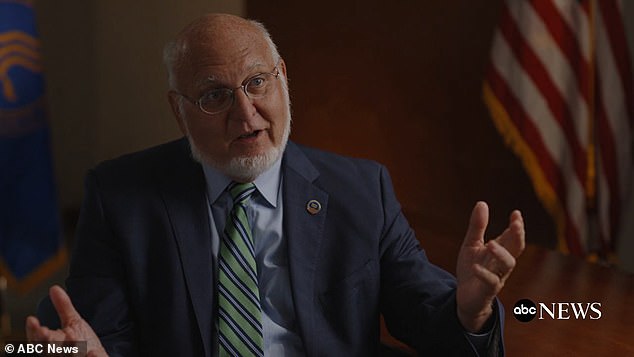 In a March Congressional hearing, Dr Redfield said that Europe was ‘the new China’ and the real threat for importation of coronavirus, but has largely demurred when asked if travel from the EU and UK should have been halted earlier.

Despite support for closing down travel from Europe to the US from both Dr Redfield and head of the National Institute for Allergy and Infectious Diseases (NIAID), Dr Anthony Fauci, travel was banned from Italy and Iran before restrictions were implemented for Europe.

Research now indicates that while a good portion of Washington’s early outbreak came from China, coronavirus likely arrived in New York City by late-January from Europe, spreading to nearly 11,000 people before the first case was announced on March 1.

Screening was set up at New York’s John F Kennedy International Airport in mid-January, but only travelers from China were initially flagged and data on JFK and screening expanded to other airports suggests they were ineffective at identifying people with COVID-19. 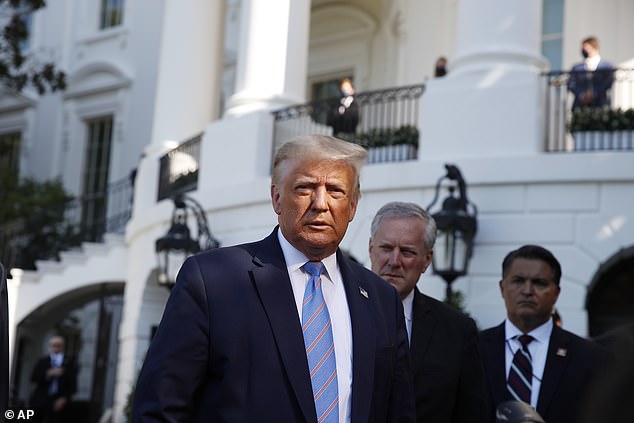 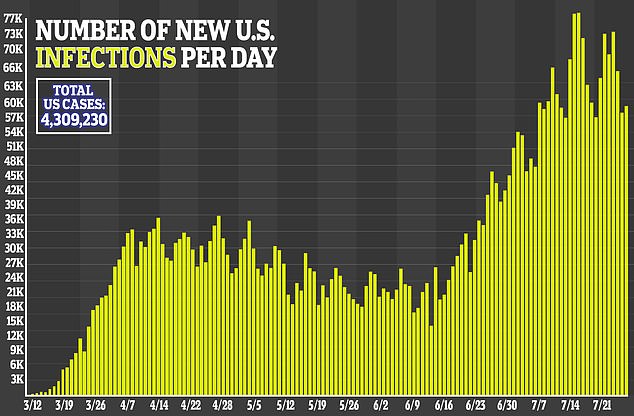 But it wasn’t just the delay in the travel ban that allowed the spread of coronavirus to explode out of control in the US.

Dr Redfield also admitted that the US coronavirus response – including the elements for which his agency was responsible – has had its faults.

‘We’re in it doing the best we can and we’re trying to make the best judgments we can.’

The CDC was panned for the slow distribution of its COVID-19 test, the first available in the US – which then proved to be faulty.

In a separate ABC News interview, Dr Redfield said he does not think the CDC will be venturing into the business of making diagnostic tests again in the future, and will likely instead contract that work out to manufacturers.

World coronavirus cases top 25 million with US leading the way

The Fall explained: Why was Paul Spector killing people? Inside the Belfast Strangler

How to lose visceral fat: Increasing your sleep by this amount...